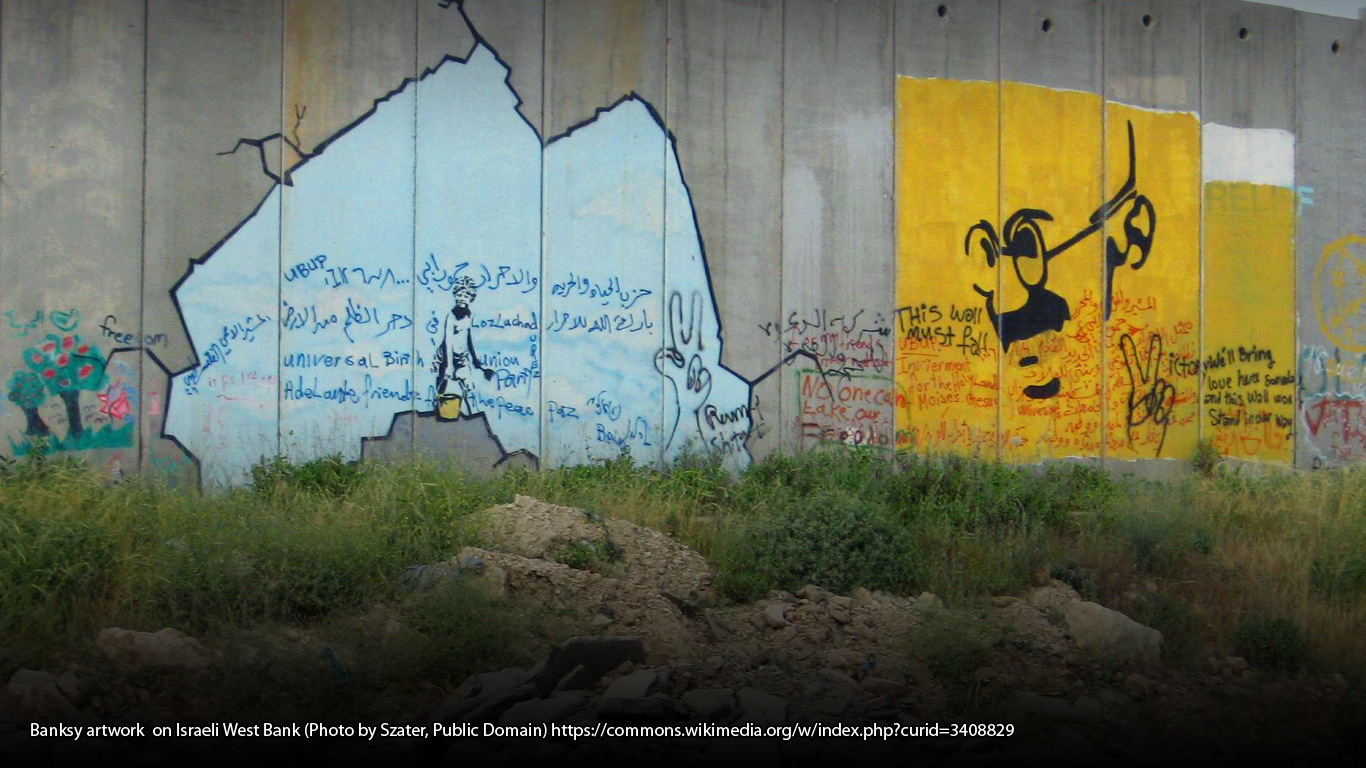 Since the dawn of mankind we have desired to leave our mark on the world around us. From grand monuments to drawings on the side of cave walls, our need to express is something that continues today — but has our relationship with the medium remained the same?

The oldest cave paintings in the world date back tens of thousands of years and can be found in various regions across the planet, with debates often taking place about their age, or methods used to construct the works themselves. These historic artworks often reflect animal life present at the time of their conception, but in some cases reveal a more personal touch. An example of this can be found in Indonesia where stencils of long deceased human hands decorate the inside of the cave, preserving a part of  a person who is now lost to the sands of time.

Fast forward thousands of years to the present day, and graffiti is considered a crime in many countries, with punishments varying from community service and a fine, to time locked inside a cell. With artists like Banksy bringing graffiti into the mainstream through his use of public pieces — which blur the lines between street art and vandalism — it begs the question whether graffiti is becoming a more accepted art form. While not graffiti related, his recent stunt at an art gallery in Sotheby, London (October 2018), is arguably an example of vandalism and the art world intertwining in the mainstream. Here, one of his best known works self-destructed, shredding half the piece, which only led to an increase in its value — hence hailed a success.

Through my experience dealing with graffiti writers for a short documentary on the scene in the North East of England I have learned that Banksy is a controversial figure in the graffiti world. Many consider him to be a collective as opposed to one artist, and his work often crosses the line from graffiti into street art which is another divisive subject to writers. Street art is often seen as the safer, tamer alternative, being done in legal spots with permission, sometimes paid and in many cases more accepted by the surrounding community. The question should then be asked as to whether Banksy is a professional artist profiteering off a medium of expression that is only accessible to those with no other voice? Also, whether there is anything wrong with it if that is the case?

While there are those that collect and sell Banksy’s work, often without his permission, taking it down from public places and putting it in galleries, it is commonly thought amongst writers that graffiti itself is not meant to be permanent, as all pieces usually get covered by another artist eventually. From toilet doors to tower block walls, the power of graffiti can range from encouraging a light hearted laugh to inspiring revolutions. An example of this can be seen in Kiev, Ukraine, where the government was overthrown when protests led to the ousting of its pro-Russian President. Works reflecting the conflict and turmoil the country was and is still going through cover the walls of the streets today and point to a more communal use of the illegal art form, born from the frustrations of those who have to live in the environment.

The elusive subculture of graffiti, and the writers who are a part of it, is a divisive subject that highlights some of the broader issues in today’s society. When considering advertising, which is unavoidable in many big cities — with unrealistic projections on the side of bus stops, billboards and shop windows — how does this compare to graffiti? Should only those with the money to pay for it be able to express themselves in public spaces? If it were up to the public, would they rather see artwork on the side of a train on their morning commute, or a reminder of another product that they cannot afford? The idea of freedom of speech and expression is often lauded as one of Western societies’ greatest assets, yet it is worth asking these questions when those who showcase their artistic talents without permission are consistently punished. Graffiti is a spectrum of artistic quality changing on your subjective opinion of its worth. Throw ups such as simply writing your name or tag, pieces which often contain three dimensional lettering or huge street art murals, all have different worth to some, and even divide opinions in graffiti culture itself.

The debate around what constitutes graffiti — and whether graffiti itself is art or vandalism — is one that is unlikely to be resolved any time soon. It is worth asking yourself about the motivation behind it. Our attitudes to this change over time, and, while graffiti is more accepted now than it was in the past, could it have further to go? Were the artists behind those original cave paintings reprimanded for messing up the cave wall, or were they heralded as genius? In thousands of years from now will any of our graffiti still stand?

I believe this is a question only time can answer.

For those who are interested, you can check out my recent documentary which captures a snapshot of the scene in the North East of England here: