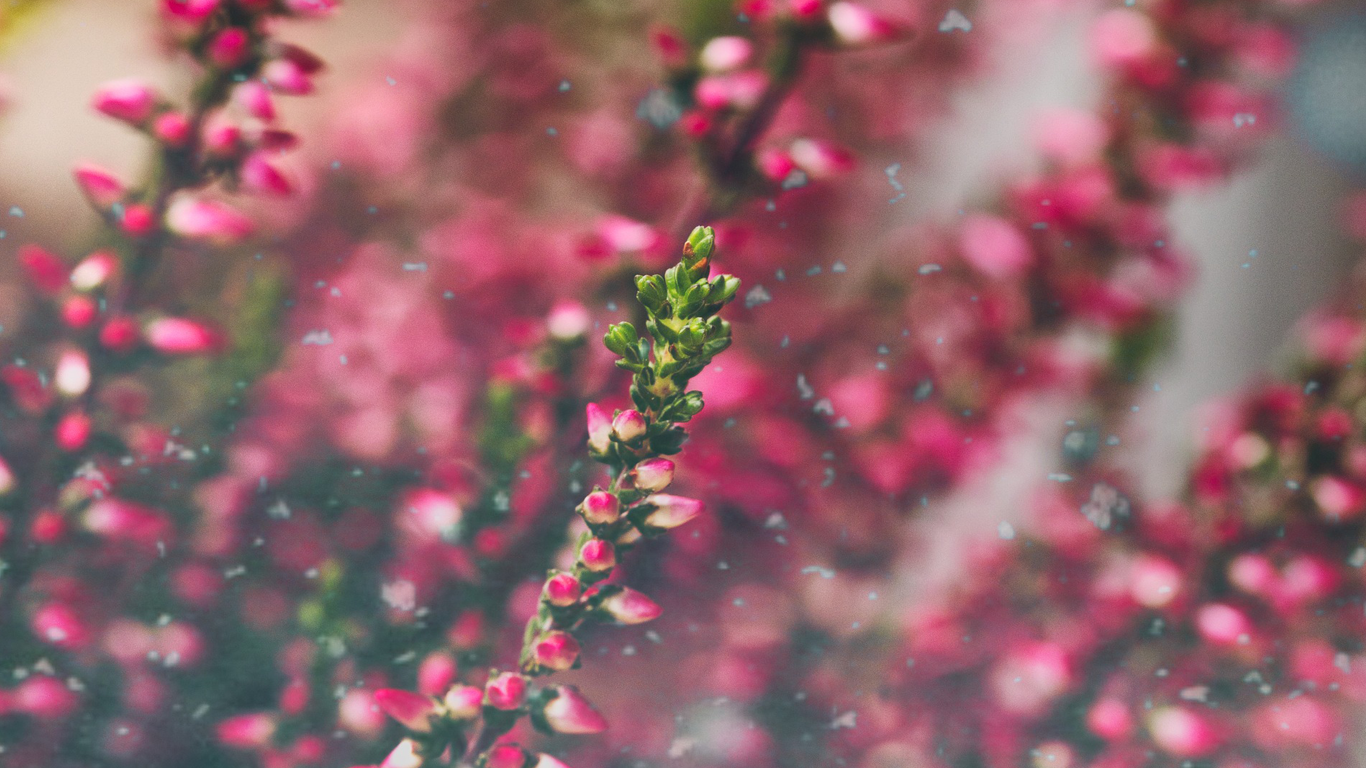 On Old Halloween, #FolkloreThursday is delighted to be taking part in ‘Dreaming Bread and Skyrie Stanes: A Celebration of Scottish Folk Magic and Community Traditions’ at the Scottish Storytelling Centre in Edinburgh. This day-long symposium — organised by researcher Scott Richardson-Read, storyteller Amanda Edmiston, and musician Debbie Armour — will celebrate Scottish folk magic and traditions.

Tickets are now sold out; find out more from Scottish Storytelling Centre’s website. There is also a Facebook event page which has regular updates. The main events of the day will also be live streamed, so if you cannot attend then you won’t miss out! I will also be tweeting throughout the day from the #FolkloreThursday Twitter account @FolkloreThurs and from my own account @amyelize.

Amanda kindly agreed to answer some of our questions about this event: why they are running it, and why it is important for Scottish folklore.

What is the event, and why are you running it?

‘Dreaming Bread and Skyrie Stanes: A Celebration of Scottish Folk Magic and Community Traditions’ is a day-long celebration of Scottish folk magic, lore, legends, and community traditions. Hosted by the Taibhsear Collective, which is researcher Scott Richardson-Read of The Cailleach’s Herbarium, storyteller Amanda Edmiston ~ Botanica Fabula, and musician Debbie Armour. The event ties in with the launch of their spoken word album of stories and charms, Tales of the Taibhsear.

The day will bring together academics, storytellers, artists, and specialists from diverse fields including folklore, animism, the fairy faith, herbalism, and traditional crafts to share their knowledge through performances, presentations, and workshops and give participants a chance to engage with and enjoy a glimpse into the everyday enchantment to be found in Scotland’s traditions and lore. The Taibhsear Collective is also celebrating the release of their spoken word album, with some of the stories and songs surrounding this collection of folk magic lore. It will be held on Old Halloween, the 11th of November 2018, at The Scottish Storytelling Centre in Edinburgh. We will also be live streaming the day’s main speakers.

The day includes contributions from:

A lecturer since the early 90’s and currently Professor of History at Edinburgh University. Dr Goodare has written numerous books on the subject of Scottish witchcraft belief and fairy lore and created the Scottish Survey of Witchcraft. Dr Goodare is a prolific researcher and commentator in Scottish folk belief and witchcraft and is currently co-editing a book entitled The Demonology and Witch-Hunting in Early Modern Europe, and a book called The Supernatural in Early Modern Scotland.

A presentation on Magical Swords and Mythical Stories from Dr Bold, a principal knowledge exchange fellow at Strathclyde University and highly respected researcher in the fields of literature, ethnology/folklore, and history, with a focus on Scottish cultural heritage.

Ross Parish, “Traditions and Customs of Healing and Holy Wells in Scotland.”

Ross has been exploring holy and healing wells, their history and traditions across the globe. He has published 10 books on the subject, various articles, given numerous talks, and blogs about them on In Search of Holy Wells and Healing Springs. He is currently researching the global distribution of rag wells, the most notable being Scotland’s own Clootie Well near Inverness.

Author/Researcher for the Cailleach’s Herbarium and currently signed to Beul Airthis publishing. Scott will be discussing Scottish folk magic with a particular emphasis on Skyrie Stanes taken from the 17th century witch trials and the influence of the good folk in Scotland.

Jess Smith exploring travelling culture with stories, song, and an introduction to our showing of the film, A Sense of Identity.

Jess, Scottish traveller, professional storyteller, and author of best-selling books on her community’s tales, traditions and culture including Way of the Wanderers and Sooking Berries will also be sharing news of the campaign to safeguard the Tinkers Heart, a space sacred to Scotland’s Travelling people in Argyll.

Claire Hewitt, ‘In the Tracks of the Faerie Cattle Women’

Storyteller and Artist Claire Hewitt will be weaving together threads of ancient stories, songs, Highland customs and folklore connected to our northern lands. Her early years as an environmental artist and singer led her to the lands of East Africa, New Mexico, India, Norway, and Sápmi, the indigenous people and their traditions awakening the storyteller in her. For the last 12 years Claire has been journeying throughout Scotland, Scandinavia, and Finland, exploring traditions and lore connected to human’s relationship to the natural world through the oral tradition.

A professional storyteller and artist with a background in herbal medicine. Amanda researches, writes and creates immersive work combining plant-lore, traditional stories, and plant use with experiential elements. Her workshop ‘Dreaming Bread and Other Recipes for Enchantment’ ties in with her current storytelling performance on folklorist, recipe collector and suffragette, F. Marian McNeill; and her year-long storytelling and herbal lore project, ‘A Kist in Thyme’, which collected memories from rural communities and archive material in Tobar an Dualchais.

#FolkloreThursday: A Social Media Fireside for Sharing the Magic of Folklore in the Everyday. All day interactive ‘folklore rag tree’ activity with #FolkloreThursday editor Amelia Starling.

At the end of the event there will be a chance for you to experience the Tales of the Taibhsear album in an informal setting with mead provided by Rookery Mead.

Following the event we have a celebration with the band Ex Reverie singing songs from their upcoming album based on the life of Isobel Gowdie, and the enchanting Debbie Armour performing songs inspired by Scotland at Henrys Cellar Bar, Edinburgh. These tickets are available separately through Brown Paper Tickets.

How did you come up with the title ‘Dreaming Bread and Skyrie Stanes,’ and what does it mean?

It’s a portmanteau title pairing Amanda’s and Scott’s areas of interest! So we’ve separated out the two and have each explained our own reasons. It had a nice rhythm to it when they were put together, which we hoped might catch people’s interest in the less covered areas of Scottish folk magic and traditions, and lead them away from the well-travelled paths…

My less travelled path led me *ahem*…to shortbread…kind of… The beautiful, evocatively named recipe for Dreaming Bread is a variation of shortbread I found in my gran’s 1930 edition of The Scots Kitchen by folklorist and recipe collector Florence Marian McNeill. The combination of carefully chosen historical and traditional recipes and notes on the celebrations and customs that accompanied them has always appealed to me. It really reflects the everyday aspect of community traditions; the practical and resourceful way in which people everywhere use food to mark occasions. Dreaming Bread is a decorated shortbread which was the national bride’s cake, traditionally broken over the bride’s head on the threshold of her new home, then the pieces given to young men and women ‘to dream on.’

In 1930, Florence Marian McNeill said that decorated shortbread was still used in this way in rural Scotland, but I’m aware that this tradition is now slipping out of memory. Older folk have said to me, ‘Oh that rings a bell’, but don’t remember details. I’d like to hold on to the gentle, domestic, nurturing aspects of our culture and keep sharing them. Food and celebration are such warm ways of connecting, and ones that people can relate to regardless of differences. For me, this represents one of the main reasons for this event, and of course there is a story to tell that goes along with it; food, folklore and stories… all the best reasons to get together and celebrate! 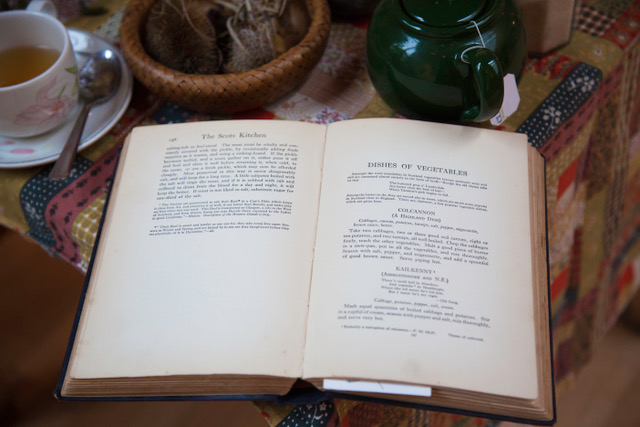 Scottish folklore runs deep through the bones of the na h-Alba, from lone standing stones, to the cairns found on Munro and in glens. Stones are embedded within the witchcraft trials of Scotland. Stones of a particular type hold a special place in the folk magic practice of our ancestry. The event explores community traditions and folk magic practice — the bedrock of understanding if you will — from all over Scotland. It’s the first time (we are aware of) this traditional skyrie stone practice will be discussed in some depth, drawing on a wide variety of resources and witchcraft trials transliterated for the first time. Delegates will be able to hear about how the research was developed, the sources it was taken from, and experience a reconstruction of the practice itself. This of course is what spurred on the creation of the spoken word album, Tales of the Taibhsear and its accompanying chap book, detailing the practice in great depth.

What kind of sessions and topics will be covered at the event?

Details of contributors and their fields listed above. The plan is to have combined presentations in some instances, allowing for the academic talks to be paired with storytelling — providing an organic, reflective quality — enabling the audience and participants to see the research in practice and be able to engage with the work on several levels.

The day will consist of several lead presentations in this format, with a number of smaller break-out workshops exploring aspects of community traditions at a practical level.

We will also have a community hub area set up in the café with a number of artists and craftspeople bringing along work.

Why is this kind of event important for Scottish culture and people right now?

Scottish folklore is an ever-changing, rich melting pot which celebrates and brings together elements of the country’s historical diversity. The event hopes to reflect this, drawing together a wide variety of experts from a range of disciplines — storytelling, singing, academia, herbalism, and craftsmanship — to explore and celebrate this idea as a community. Our hope is that the event gives us the chance to treasure the past but also look at how traditions and stories adapt to suit our needs. A chance to share and learn from the old ways and enjoy some of our fascinating traditions, keeping them relevant in an ever-changing world.

Scotland has an incredible history of folk magic, the touch of its poetry skims the land like scree, deeply connecting us to nature, the landscape, and the people who passed this way before. History and stories shift organically. By sharing and retelling these traditions and stories, we keep the oral traditions once passed down through families alive and relevant, offering a connecting thread and allowing more folk to learn from and take forward the old ways. This encourages us to respect each other and our environment, and reclaim them for the future.