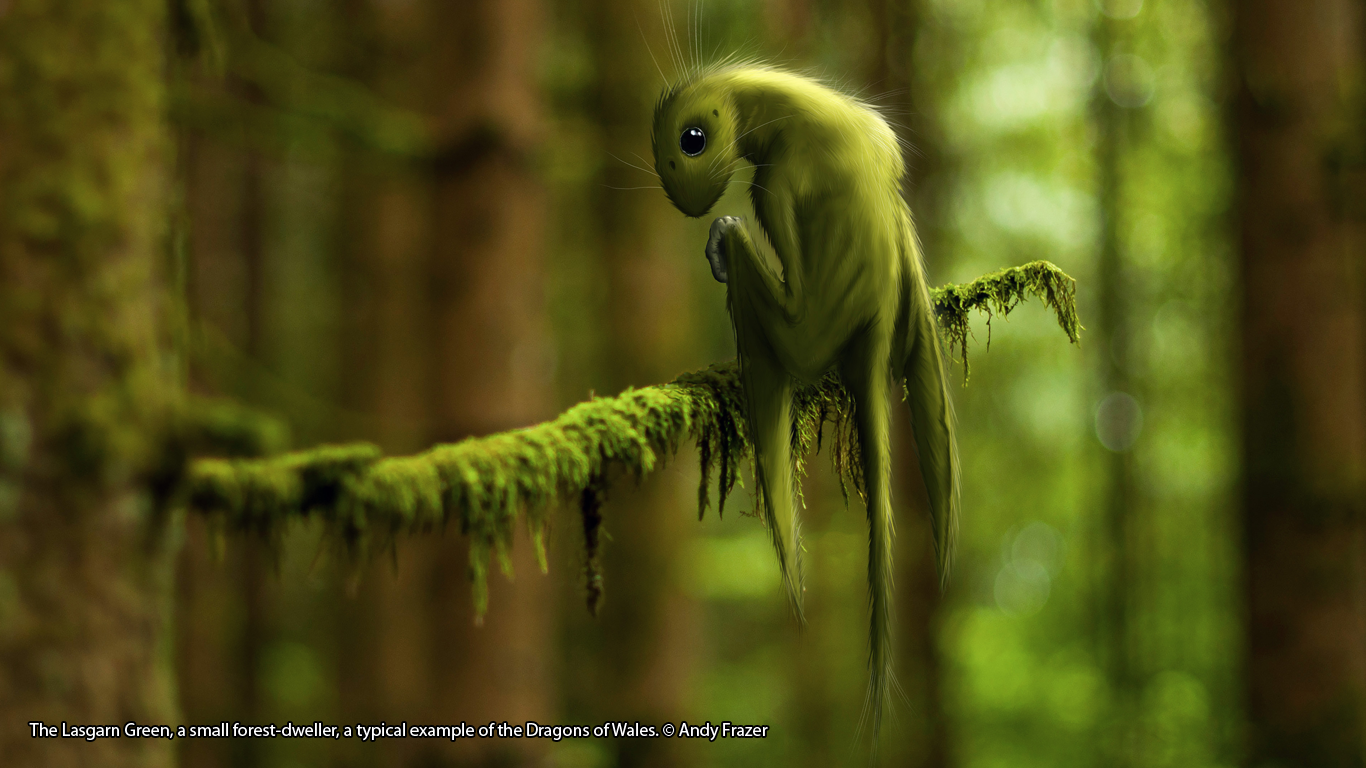 What if maybe — just maybe — dragons are real? This is the idea at the heart of the ‘Dragons of Wales’ project. By re-imagining Welsh dragons in a new way, a way which makes them more plausible to an informed and sceptical 21st century audience, the project aims to re-awaken people’s love for dragons and the natural world they inhabit.

To live in Wales is to live amongst stories of dragons. They are woven into our history and our folklore, impossible creatures from a long-forgotten past, creatures that only ever lived in a land of legends and bed-time stories.  But what if they are real? What if they exist, not in our history, but our present?

Dragons of Wales: The Book

Two years ago I began work on the first Dragons of Wales book in an attempt to revive and re-invent Welsh dragons for the modern age. I knew from the outset that these creatures couldn’t be the fire-breathing beasts of old. If such creatures were alive and roaming the Welsh valleys that I call home, I think someone might have noticed…

Instead I chose to create a more plausible kind of dragon, one that descended from real prehistoric creatures preserved in the UK fossil-record:  the creatures known as pterosaurs.  In 1828 Mary Anning discovered the first complete pterosaur fossil in the UK — a species that we now know as Dimorphodon macronyx. These small pterosaurs, which flew across our skies some 190 million years ago, provided the ancestry I needed for my dragons.

Whilst many pterosaurs evolved into much larger species, the forebears of my Welsh dragons took a different path, becoming smaller, more specialised and more diverse. They came to occupy those ecological niches left unfilled by the larger pterosaurs, dinosaurs, early birds and mammals. Their diminutive size and adaptable nature is the reason that they were able to survive the mass-extinction event that wiped out their larger, more famous cousins.

As mammals and birds flourished, my Welsh dragons faced increased competition for food and habitat, resulting in them evolving into ever-smaller sub-species as they retreated to the margins of this new, rapidly-changing world. This retreat became even more pronounced when humans spread across the planet, forever reshaping the landscape and environment on which they depend for their survival.

Given this proposed ancestry, it is perhaps no surprise that my Welsh dragons look quite different to those found in fantasy literature and films. Their wings are slender, fragile membranes supported by a greatly elongated digit (or “wing-finger”) on each hand. And, whilst many legendary dragons, including the one on the Welsh flag, have six limbs (four legs and two wings) the Dragons of Wales have just four, in common with almost every other vertebrate creature on Earth today.

Highly active and agile little creatures, there is no doubt that these dragons are warm-blooded. Rather than having scaly, lizard-like skin, my Welsh dragons are covered in fine, hair-like fibres. These provide the insulation necessary to survive in the changeable and sometimes hostile Welsh climate. In many species these fibres have evolved into structures that look very much like feathers, although their purpose is purely for display rather than flight.

Today, some dragons choose to live alongside common bird species, even mimicking their appearance and behavioural traits. There are many instances of dragons being mistaken for birds, and thus being overlooked. This explains why there are so few reported sightings. Just like birds, they build nests in trees, on the ground, or sometimes even within our houses. In these nests they lay their eggs and raise their young.  Some dragons are solitary, whilst others live in complex social groups and hierarchies, and they range from timid nectar-drinkers, to herbivorous grazers, to carnivorous predators.

This newly-imagined backstory provided me with all the inspiration necessary to create the many, diverse dragon species for my books. Presented in the format of a field-guide, the books illustrate dozens of different types of small, sometimes strange, dragons, with accompanying descriptions of their appearance, behaviour and location. By locating species in specific parts of Wales, each species having behaviours, diets and appearances appropriate to their habitat, they become more plausible, more rooted in their landscape. Many dragons also appear similar to common birds known to live in these locations, raising the intriguing possibility in the mind of the reader that perhaps the bird that they saw in their garden this morning  wasn’t a bird after all…

Drawings of Dragons — A Book of Sketches

The first book, covering the species in the south of Wales was published last year, and the second, describing the dragons of the north will be available early in 2019. Earlier this year I also released a book of sketches, Drawings of Dragons, providing a glimpse into the creative process behind my work. Although currently self-published, the books have been bought by customers all over the world, and proving popular with teachers, who are using my dragons as the starting point for artistic and academic projects. Dragons’ inherent and enduring cross-cultural appeal provides a great point of access into a wide range of subjects, from natural history, to art, folklore, and beyond.

It is heartening to see that dragons still clearly have a place in 2018.

When I embarked on this project, it was my hope that these books, as well as re-awakening people’s deep-seated desire to believe in the existence of dragons, would also encourage them to re-engage with the real, natural world around us. What could be more exciting than going on a dragon-spotting trip into dark, forests, or atop the many mountains that we have in Wales? And even if you don’t actually see any dragons — something that even I will concede is possible — you will certainly discover many other birds and animals, and will be immersed in nature. And that, in itself, is reward enough.

I am an artist and illustrator, living on the edge of the Brecon Beacons National Park in Wales. After many years being employed as a designer, I decided it was time to focus on my own projects – specifically a lifelong fascination with prehistoric creatures and dragons. The Dragons of Wales project began in 2016, with my first book, Dragons of Wales: South Wales being funded on Kickstarter.com in 2017. My second book, Drawings of Dragons was released early in 2018, and I am currently working on my new book Dragons of Wales: North Wales. I am married to Louise, a landscape artist, and when not painting dragons I can usually be found running ultra-marathons across the Welsh mountains. Follow Andy on Twitter here or visit him on his website.