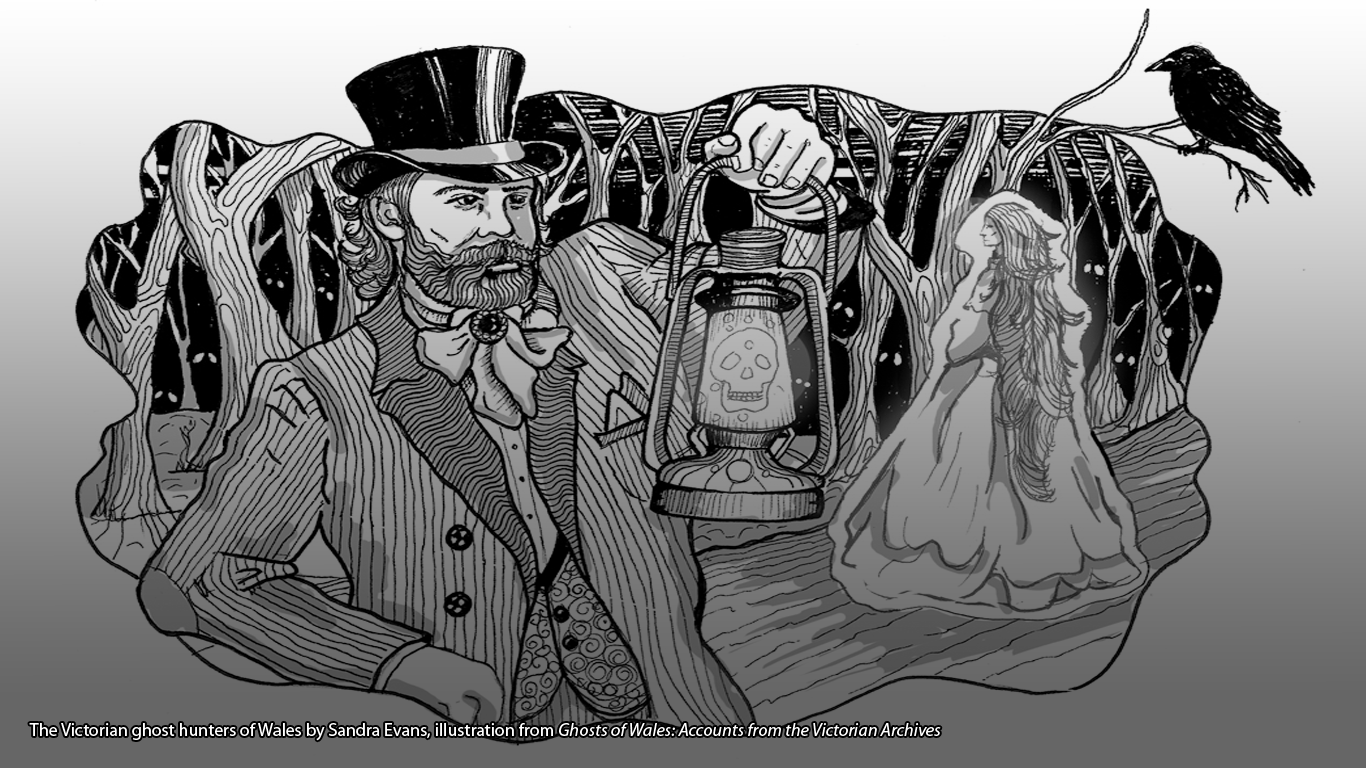 The Victorian newspaper archives are full of unusual ghost sightings, but there aren’t many as unique, or with a more gruesome origin story, than the Welsh spectre that gained a second head.

Headless entities, or those that carry their own heads, have been a mainstay of creepy yarns for centuries. Just think of the countless sightings of Anne Boleyn, The Headless Horseman, or those of a Shakespearean nature, which have terrorised the unsuspecting by materialising in Gothic castles and eerie forests when least expected.

But those which appear with an extra head – yes, two head-headed ghosts – are far less common, which makes this ghost story from the Welsh valleys rather unique.

The people of Wales were often dismissed as superstitious folk by the 19th century press, but even by their standards, the “Two-headed phantom of Abersychan” must have seemed like quite a stretch of the imagination. It was first spotted in 1856 by “believers of ghostly mysteries” in the community just north of Pontypool, where it was said to be hunting in the vicinity of the Blue Boar public house. The reporter covering the case claimed that one witness was so terrified by its “hideous appearance” that they were nearly driven to an early deathbed, and that the entity had “stricken many of the inhabitants with great terror, especially those whom he has honoured with a visit, or thought worthy of a glimpse of its outline”.

There were multiple witnesses, many of who swore that they could minutely describe the phantom. They also knew how he came to meet his unfortunate end, and had a hypothesis on where the extra head came from.

As one of the locals explained:

“It is the ghost of an old man who suddenly met his death by falling down stairs and splitting his skull. The old man, when living, was an apostate from the Roman Catholic faith, therefore, could not have rest in the other world; consequently, he is a wanderer upon the face of this one.”

As for the mystery of the second head:

“The cause assigned for his appearing with two heads is, that his head being split when dying, could not again be reunited; therefore, they are not really two heads, but two separate halves of the once whole.”

So the ghost didn’t have two heads as such – it had a single head, which had been so badly cracked open that it now hung apart in two separate halves. Like a paranormal Humpty Dumpty, of sorts.

The journalist remained sceptical, and asked “Is this the wisdom of the nineteenth century?!!”

Nevertheless, those who feared encountering the spectre refused to leave their homes after dark, unless “some urgent necessity compels them”. In the case of labourer Dan Harley, an urgent necessity did indeed compel him to stay out late one dark night. A “true believer in apparitions”, he was delayed on his way home, and paid the price for his tardiness with a fateful encounter. His first-hand account was reported in the Usk Observer:

“He had no alternative but to pass the haunted spot, or to have a night’s parade in the chilly air. Not liking the latter, he determined to proceed despite his dread. He went on courageously until within a few yards of his lodging house, when he fancied he could see something – he paused, and lo! it was no less than the dreaded phantom.

“He could not speak: neither could he move backward nor forward – he remained transfixed to the spot for several seconds, but as soon as he thought the spectre was disappearing, he made a desperate effort, and reached the house, wherein he repeated undefinable prayers to his preserver. His feelings for the remainder of the night can be imagined better than described. It is certain that he did not enjoy much rest, for he says that he was ‘covered all over with fright’.”

The following day, he attempted to walk to work as normal. But the event had proven to be too traumatic, and feeling weak, he was forced to sit down in a “fainting state, the fright all over him still”. Fortunately, his colleague Patrick King was heading in the same direction, and when he saw his fallen comrade he assisted him home. Dan felt so ill that he convinced himself that he was about to die, and went as far as to dictate how his belongings should be shared out after his death, with his most treasured possessions – “the portrait of Ellen, his old sweetheart, which he held in great veneration; also his big pipe and his backey pouch” – to be given to his friend Pat Ring.

The good news is that Dan was soon back on his feet – and kept hold of his portrait, pipe and tobacco pouch a little while longer – but he remained convinced of what he had seen that night:

“When he is spoken to now respecting his boasted courage, he says, very seriously, that he never was afraid, nor never will be afraid of all the ghosts of the earth or of the spirits of the air; but that such a two-headed monster was enough to put the dread on any man, and no man could help it, and ‘Be jabers, I hope it may be the last I may ever see of the lad’.”

What happened next to the two-headed phantom of Abersychan? The trail turns cold after these initial reports, and we can only assume that he chose to take his hideous appearance elsewhere. Or maybe he’s still out there somewhere, lying in wait in the Afon Lwyd valley…