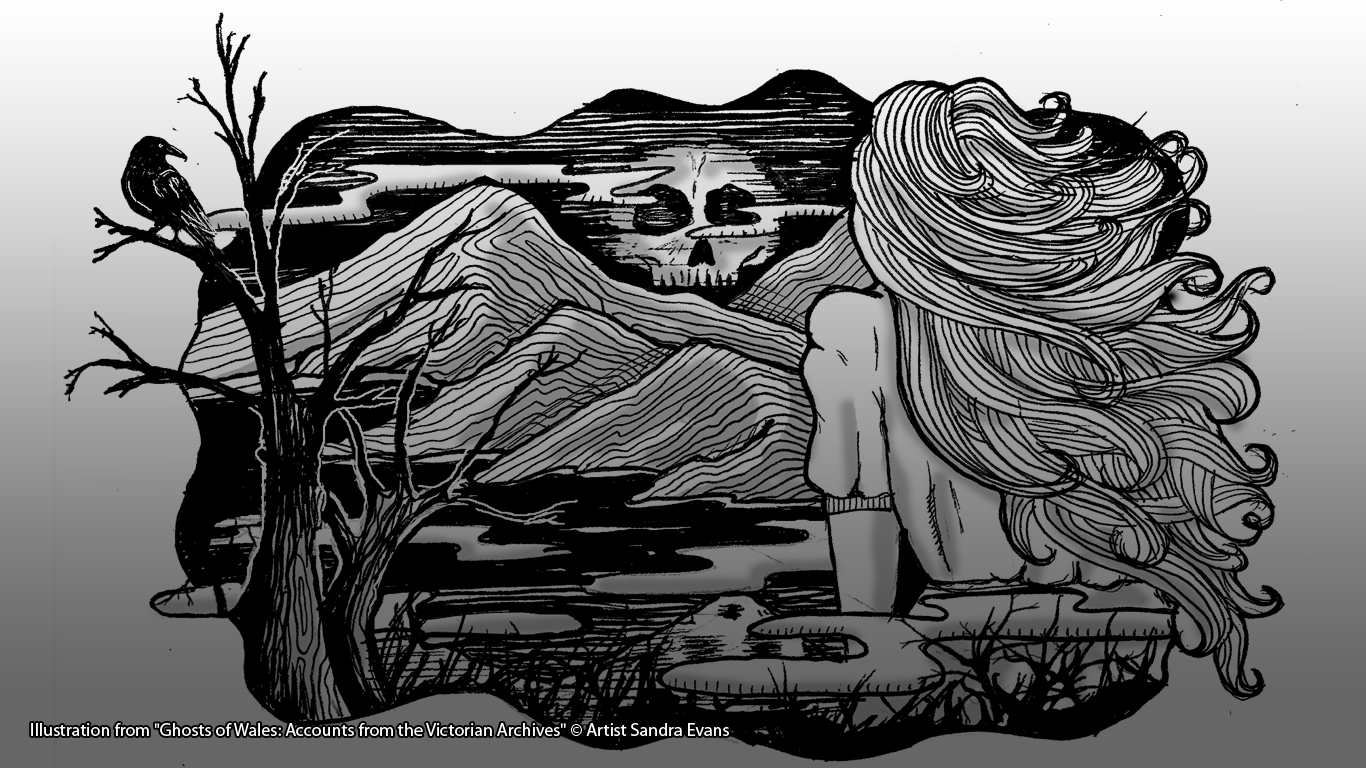 Working deep underground in the mines of Victorian Wales was a perilous profession. Tragedy, it seemed, lurked around every corner. As did the supernatural…

Industry advanced at an unprecedented rate during the 19th century. But while the onward march of progress dispelled many of the long-standing myths and legends once so prevalent in Wales, in some cases they were replaced with all-new supernatural horrors for the ‘superstitious folk’ to fear.

Tales of restless ghosts became attached to their very work places, and for those slaving away deep underground, the flight of a lone bat, or the wail of a stray cat, could easily be mistaken for a sinister entity. There were even those who artificially created hauntings as pranks, or for their own selfish motives; such as one foreman who fabricated the illusion of a spirit in order to scare one of his workers into quitting his job – and the ploy worked.

The following excerpt, published in 1894, outlined some of the superstitions which were said to prevail among Welsh miners:

Besides the association of the presence of the evil one with mines, there is a shadowy belief, scarcely reduced to a proposition, that the spirit of anyone killed in a pit hovers round the spot at any rate until after the body is consigned to sacred earth. To this idea is doubtless due the custom of suspending work in a pit when a fatal accident happens. All the men engaged in that part of the working come up out of the mine and do not descend the shaft until after the funeral. (1)

One of the worst mining disasters to occur in Wales during the Victorian era was the Morfa Colliery disaster of 1890, where eighty-nine people lost their lives in an explosion. But this wasn’t the first time that tragedy had struck the ill-fated Port Talbot colliery. A series of explosions saw four men lose their lives in 1858, a further forty in 1863, and twenty-nine in 1870. The coalmine became ominously known as ‘The Pit of Ghosts’.

Unexplainable events had long been reported at Morfa Colliery, but what was unusual is that many of the sightings occurred just before, rather than after, the tragedies. As such, they were considered to be harbingers of impending doom, and there were some who refused to work in the colliery following the appearance of strange sights and sounds – and lived to tell the tale as a result.

Two days after the disaster of 1890, one journalist recalled some of the workers’ fears just days before the catastrophe:

Strange as it may appear, it is beyond a doubt that the belief has for a long time been entertained by the Morfa workmen that the pit was haunted. It has been said by reliable men that there were strange noises heard ‘like thunder in a distance, and the slamming of air-doors’ during the last week, and strange visions alleged to have been seen in the colliery. This was the talk of the neighbourhood previous to the sad occurrence, and was the subject of conversation among the workmen before going in on Monday morning, several hours before the disaster took place. It is further alleged two or three weeks ago several workmen left the pit because of these ‘visions,’ which they regarded as presentiments of coming evil, and went to work in the Maesteg and other valleys. (2)

A month later, a thorough investigation was underway to try and determine the exact cause of the tragedy, and the subject of ghosts naturally cropped up. The following report records how the workers had asked for an inquiry into the strange events prior to the explosion:

One singular incident was related in the course of the inquiry. Some short time before the explosion the men asked for a thorough inspection of the mine. Several of the witnesses were questioned as to the reasons for this request. The answer was that the men thought there were spirits in the mine. Strange sounds had been heard, and it was believed that something would be seen at the bottom of the Cribbwr vein. In short, an impression prevailed that the mine was haunted, and that an inspection would put the spirits to flight. (3)

The ghostly activity continued for many years afterwards, and in 1896 an explanation as to their identities and number was reported:

Morfa Colliery has been infested with restless spirits for about a week. They are supposed to be six in number, and to be the ghosts of some miners who were killed in an explosion. They make their presence known by wailing and knocking all over the underground workings. These diversions, it is said, they vary by the singing of dirges and the roll of muffled drums. (4)

Morfa Colliery has long since closed, but paranormal activity is still reported in the area to this day. While the stories of the ghosts which haunted the mine in the 19th century remain unexplained, one thing is certain – real or not, a belief in them certainly saved the lives of some of the men working there.

Win a copy of Ghosts of Wales: Accounts from the Victorian Archives by Mark Rees

The talented Mark Rees has offered a copy of his chilling new book of Victorian ghost stories from Wales for a lucky #FolkloreThursday newsletter subscriber this month!

Sign up for the #FolkloreThursday newsletter to enter (valid January 2018; UK & ROI only).