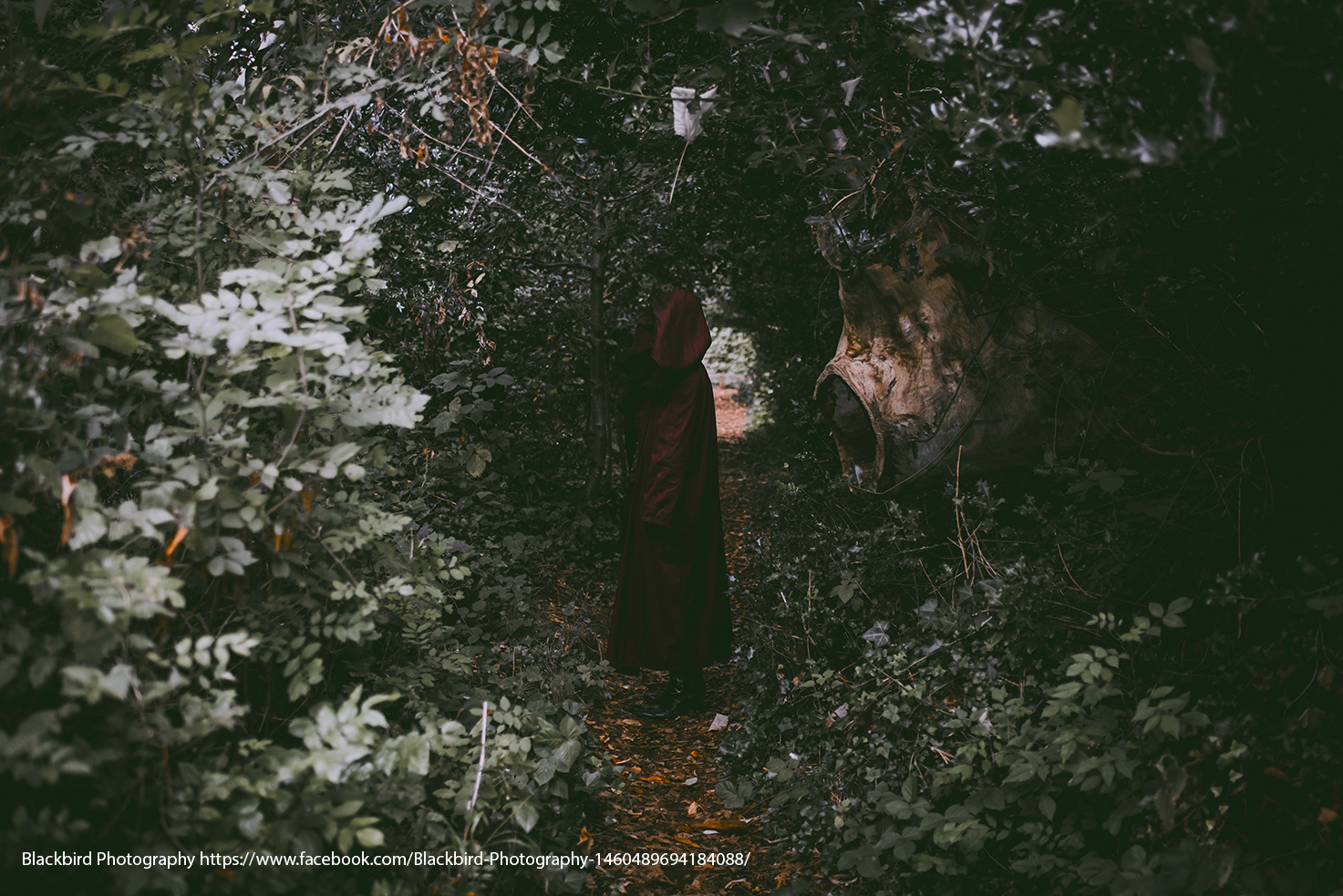 North London has quite a gothic pedigree. From Bram Stoker’s Lucy Westenra stalking Hampstead Heath to Stephen King’s terrifying Crouch End ‘Towen’, an otherworldly atmosphere lingers here. The region has captured the imagination of writers through the ages, casting the area as both friend and foe.

William Blake felt uneasy in North London. Shortly before his death, in a letter to painter and friend John Linnell, Blake said: “When I was young, Hampstead, Highgate, Hornsey, Muswell Hill, and even Islington, and all places North of London, always laid me up the day after and sometimes two or three days.”[1] It is rather strange that he kept going back, if these persistent physical ailments always followed the journey. Perhaps there was something about the otherworldliness of North London that drew Blake almost as a siren call.

During Thomas De Quincey’s opioid drifts he walked through his own internal world, driven by his quest for escape through occult passages. “De Quincey contemplated a hidden path out of London, his own Northwest Passage. He would stumble across a particular street that led into another street. He would lose himself, trust in blind instinct. Walk by night. He would move through other dimensions.”[2] There is a hunger here to find something new; and the North offers answers to questions not officially asked.

Arthur Machen felt there was something not quite right about North London; something uncanny, something flickering in the shadows, just out of sight. The balance is unsettled here. In his cryptically titled ‘N’, Machen wrote of Stoke Newington that it was like “going into the mist” and not being able to “speak with any certainty of the shapes he had seen in it”.[3] Machen presents an image of Stoke Newington that starts as a search for the sublime golden ‘other’, and ends with a hint of the dark broken ‘other’—two sides of what one can expect to find when examining the otherworldly borderlands that are just out of our perception.

A literary heritage that leads to Machen’s presentation of Stoke Newington as an otherworldly other can be traced back to Thomas De Quincey’s sublime ‘other’ of the Northwestern passage and William Blake’s inexplicable dread of North London—both sides of North London’s possibly: one a promise, one a threat. 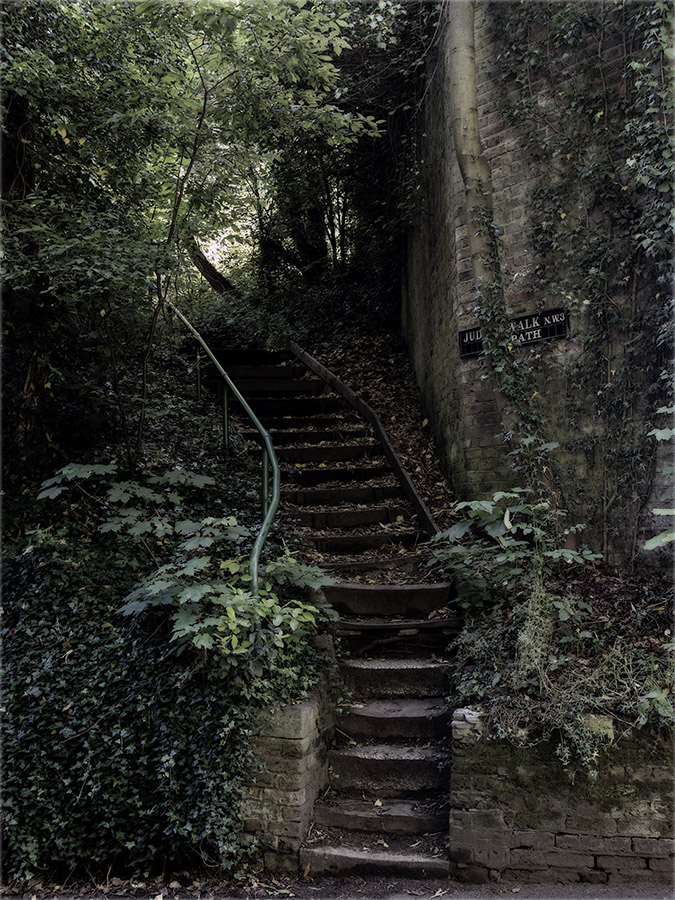 In William Blake’s epic poem Jerusalem: The Emanation of the Giant Albion, Iain Sinclair found an interesting set of instructions for a particular kind of walk. The walk can’t be duplicated today. It follows the Great North Road, which used to come over Highgate Hill and marked the entrance to the city. Today, the Great North Road has been relegated to a short half-mile namesake next to Highgate Wood, but at one time it was the great entrance to London and the highway to Scotland: The Great North. Entranceways create energy pathways—and Highgate is connected to triangulations of energy across London.

Sinclair has found pathways of connection between the ancient London sites of Parliament Hill (on Hampstead Heath), Penton Mound in Islington, and Tothill Fields in Westminster. He explored these ley-line energies in Lud Heat, which Peter Ackroyd expanded upon in Hawksmoor. Occult energies, flowing pathways, connecting the old London to the new across time through patterns.

The Penton Mound was (or is, depending on your perspective) in Islington, where Pentonville Road now climbs its way from Kings Cross towards Angel. Walking two miles north from Angel takes you to Stoke Newington. When walking from the Kings Cross St Pancras and Gray’s Inn Road side, Islington frames a sort of doorway marking out a barrier between central London and the London of the North. This is also the walking trajectory from which Machen’s character Arnold approaches Stoke Newington in N. 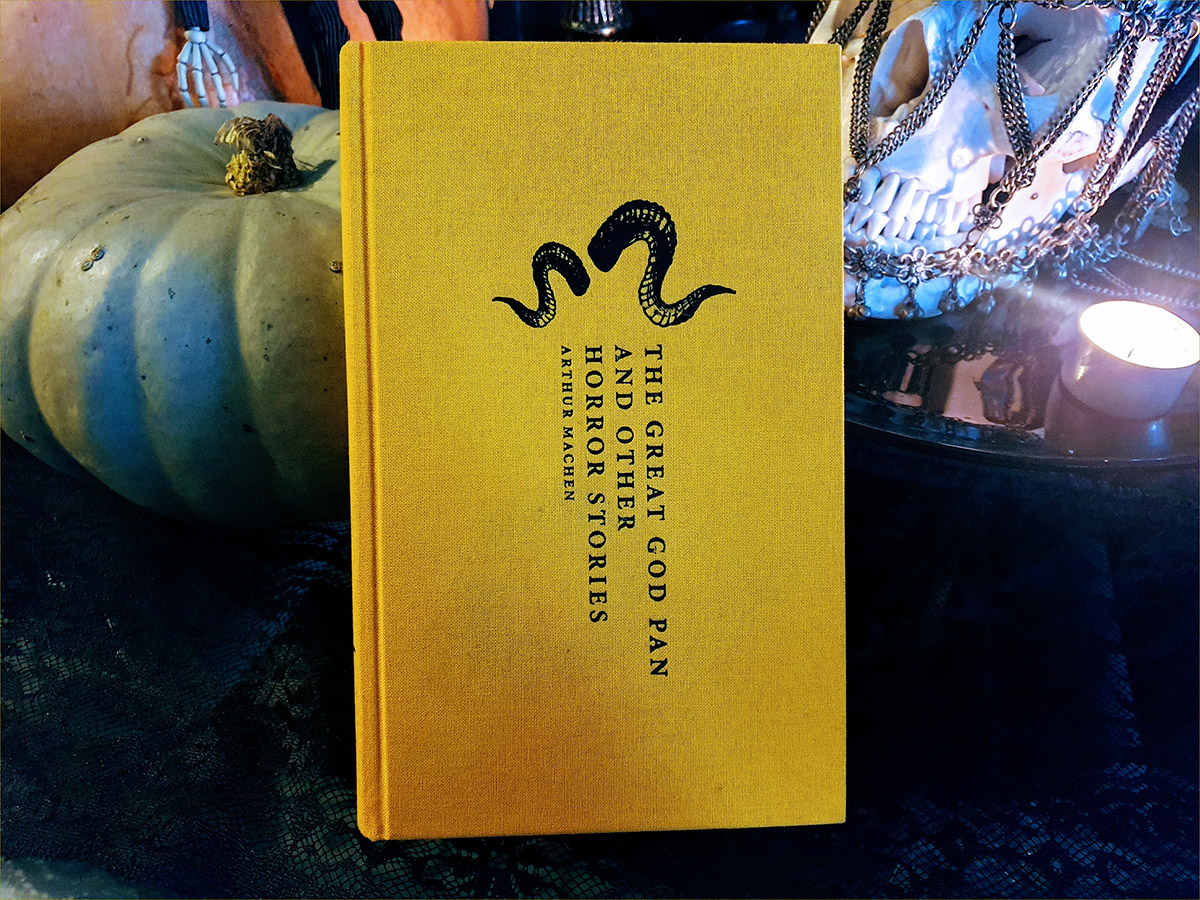 The focus of Machen’s work was not to explain the unknown or paranormal, or even put forward a set hypothesis or belief system. As opposed to a dedicated study of the supernatural, Machen’s work is instead an imaginative unveiling of the mysterious qualities inherent in what we think of as our ‘everyday’ environment.

With regards to these hidden worlds coexisting in the commonplace, it is the very seeming ‘normality’ of Stoke Newington that lends N its secret garden aspect. To discover hidden layers in a pleasant suburb suggests that magical worlds are not the sole purview of Gothic towers or enchanted forests—that ‘magic’ could be everywhere.

Machen wrote N in a format of stories within stories, the structure itself leading the reader down a rabbit hole of linear uncertainty. The story of N begins with the search for a magical and idyllic place of “deep hollows with streams running from rocks; lawns all purple and gold with flowers, and golden lilies too, towering up into the trees, and mixing with the crimson of the flowers that hung from the boughs”[4]—but ends upon a very different note altogether, with pub gossip tales of a dangerous place to be avoided, not sought out.

When our protagonist Arnold travels to Stoke Newington, he meets some local old men in a pub whom he entices to tell him tales of local history in exchange for half pints of bitter. The old men don’t know of any magical gardens. They do, however, know of an “insane asylum” that once stood on the site and they share tales of being scared of the area as boys for various reasons; none of the men can agree on what unsettled them:

“There was always something about the place I didn’t altogether like”, said one of them at last. “But I’m sure I don’t know why.” “Wasn’t there some tale of a murder there, a long time ago? Or was it a man that killed himself, and was buried at the crossroads by the green, with a stake through his heart?” “I never heard of that, but I’ve heard my father say that there was a lot of fever about there formerly.”[5]

This passage marks a sharp change in the narrative. The stories and impressions the old men in the pub share open the door to a darker side to this hidden layer of perception, one encompassing feelings of fear and unease.

It is not clear from reading N whether Machen himself felt the promise of the Northwest Passage dreamed of by De Quincey, or the unease experienced by Blake—or a mixture of both, or neither of these. N instead explores these different layers of perception that previous writers have attributed to North London as a mixture of light and dark. Allowing the mystery of Stoke Newington to unfold by way of many third-party wildly varying accounts, Machen opens up possible meanings behind the hidden layers of Stoke Newington without offering any definitive answers. Machen called North London ‘terra incognita’—the ‘unknown land’. Through his writings he reaffirms the elusive nature of any Northern quest.

Since the Victorian heyday of the occult in London, it can sometimes seem the city has changed too much to still feel that magic. We peek through the back alleys of Bloomsbury or take walks through Abney Park cemetery in search of this lost London of mystery. The topography of ley-lines and buried rivers still feels present beneath the steel and glass surface of London’s seemingly endless construction project. Clutching at the pavements we can still feel the bones of the city beneath. The pathway back to occult London can be found in maps crafted by our beloved gothic writers. These doors of perception waiting to be opened through nighttime rambles up Highgate Hill, or through the crack of old bookbindings in a quiet pub corner.

Machen, Arthur, The Autobiography of Arthur Machen: ‘Far Off Things’ and ‘Things Near and Far’, (Leyburn: Tartarus Press) 2017. Book.

– The London Adventure or the Art of Wandering (London: Martin Secker) 1924. Book.

– Tales of Horror and the Supernatural (Leyburn: Tartarus Press) 2006. Book