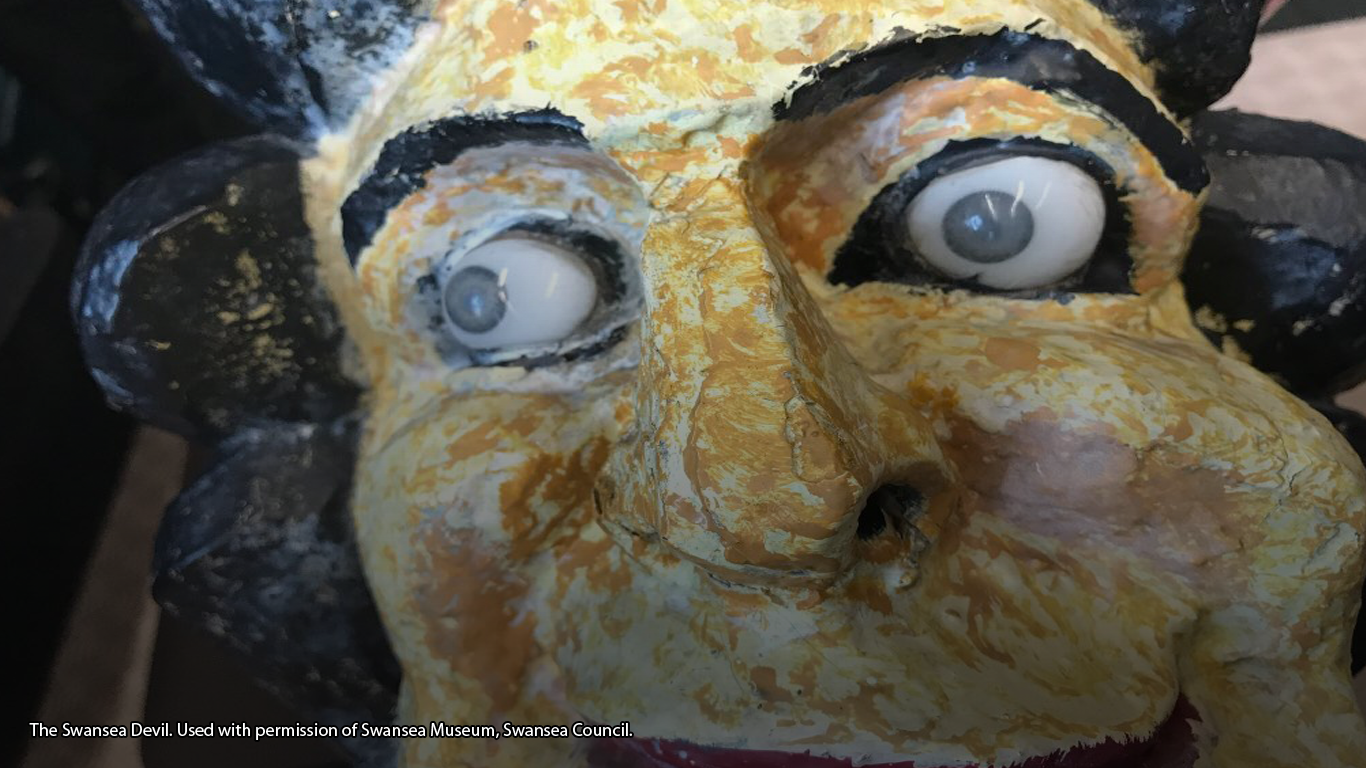 How a “Cursed” Victorian Devil Statue Destroyed a Welsh Church

The Swansea Devil is a three-foot tall “cursed” sculpture which is said to have been responsible for destroying a church.

The satanic statue’s story begins at the end of the nineteenth century, when the decision was made to rebuild Swansea’s St Mary’s church. The design was opened for tender, and the English architect Sir Arthur Blomfield, a designer of some renown whose previous work included the Royal College of Music in London, won the contract.

His completed church was unveiled to the public in 1896, and it won almost universal acclaim. But there was one architect from the city who felt seriously aggrieved that he’d been overlooked for such a coveted job.

According to local folklore, he immediately set about planning his revenge for the slight. He bided his time until a row of houses became available to buy next door to the church, and snapped them up to demolish them and create new offices of his own. 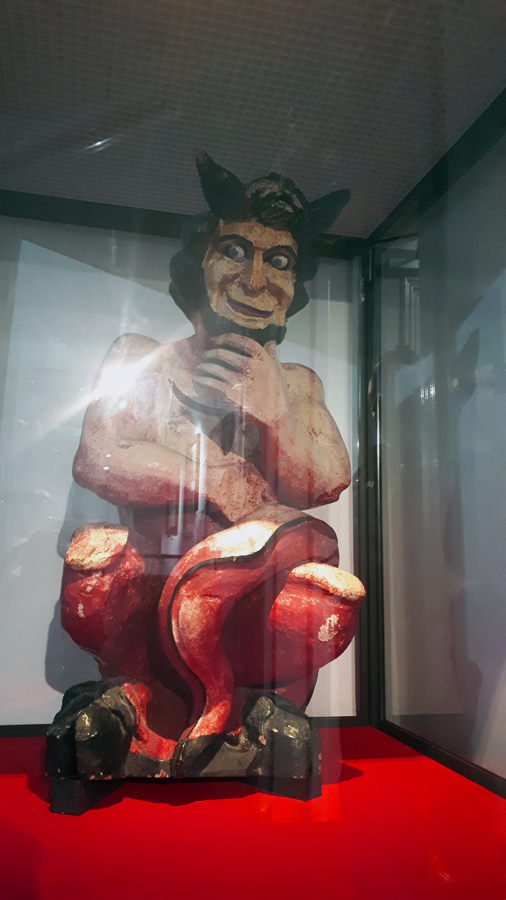 On top of this red-bricked building, which became occupied by a brewery, he placed a statue that became known to the locals as ‘Old Nick’. Upon unveiling the Swansea Devil, which stared directly at the church, he prophesied that:

‘My devil will be able to leer and laugh, for at some future time he will see St Mary’s burning to the ground.’

In 1941, that’s exactly what happened. The church, along with much of Swansea city centre, was razed to the ground during the Second World War. The Luftwaffe forever changed the face of the city during the devastating ‘Three Days’ Blitz’ bombing campaign, which obliterated huge swathes of long-standing homes and businesses. But while there was wholesale destruction all around, the Swansea Devil, and the building on which he stood, was one of the few properties which, some might say miraculously, survived unscathed. The devil simply sat there, smiling and stroking his chin, with his glass eyes fixed on the burning church as his prediction came true.

The Swansea Devil continued to watch over house of God until 1962 when the brewery offices were demolished, and the church was restored to its former glory. The demonic carving then seemingly vanished without a trace, and it was only thanks to some detective work in the 1980s from historian Rowley Davies, backed by a campaign in the South Wales Evening Post newspaper, that it was tracked down to an antique dealer’s garage in Gloucester where it was gathering dust.

It was decided that the devil should be brought home, but by this time the Quadrant Shopping Centre had been built on the site of his old abode. Despite some resistance from local Christian groups, it was relocated to the shopping centre, where it remained hidden in plain sight in various locations throughout the building. Rarely staying in the same place for long, shoppers looking upwards might unexpectedly catch him a glimpse of the devil peering down at them as they went about their business, and he was at one point placed above the entrance, which gave him an unobstructed view of his hated church.

In June 2019 it was decided that the Swansea Devil would be better cared for by the nearby Swansea Museum. Now looked after by experts, he will be restored to his former glory, and is on display to the public in a permanent exhibition.

Since being relocated, further theories as to the Swansea Devil’s original purpose have been suggested. One of the more intriguing is that it might once been a figurehead on a ship due to the previously unseen back of the sculpture, which begs the question — who would want a carving of the devil leading their boat through the high seas?

As for the curse, which states that the Swansea Devil should keep his beady eye on St Mary’s church at all times, this was also taken into account by the curators. Old Nick has been positioned in such a way that he still faces directly towards his old enemy, patiently waiting for that fateful day when St Mary’s church will once again burn to the ground.

Win a copy of The A-Z of Curious Wales: Strange Stories of Mysteries, Crimes and Eccentrics by Mark Rees

The lovely team over at The History Press have offered a copy of Mark Rees’ excellent new book for a lucky #FolkloreThursday newsletter subscriber this month, and one for a Patreon sponsor!

Sign up for the #FolkloreThursday newsletter to enter , or support us on Patreon to be added to our sponsors’ gift list — one supporter receives a gift from us as thanks each month! (Valid July 2019; UK & ROI only).