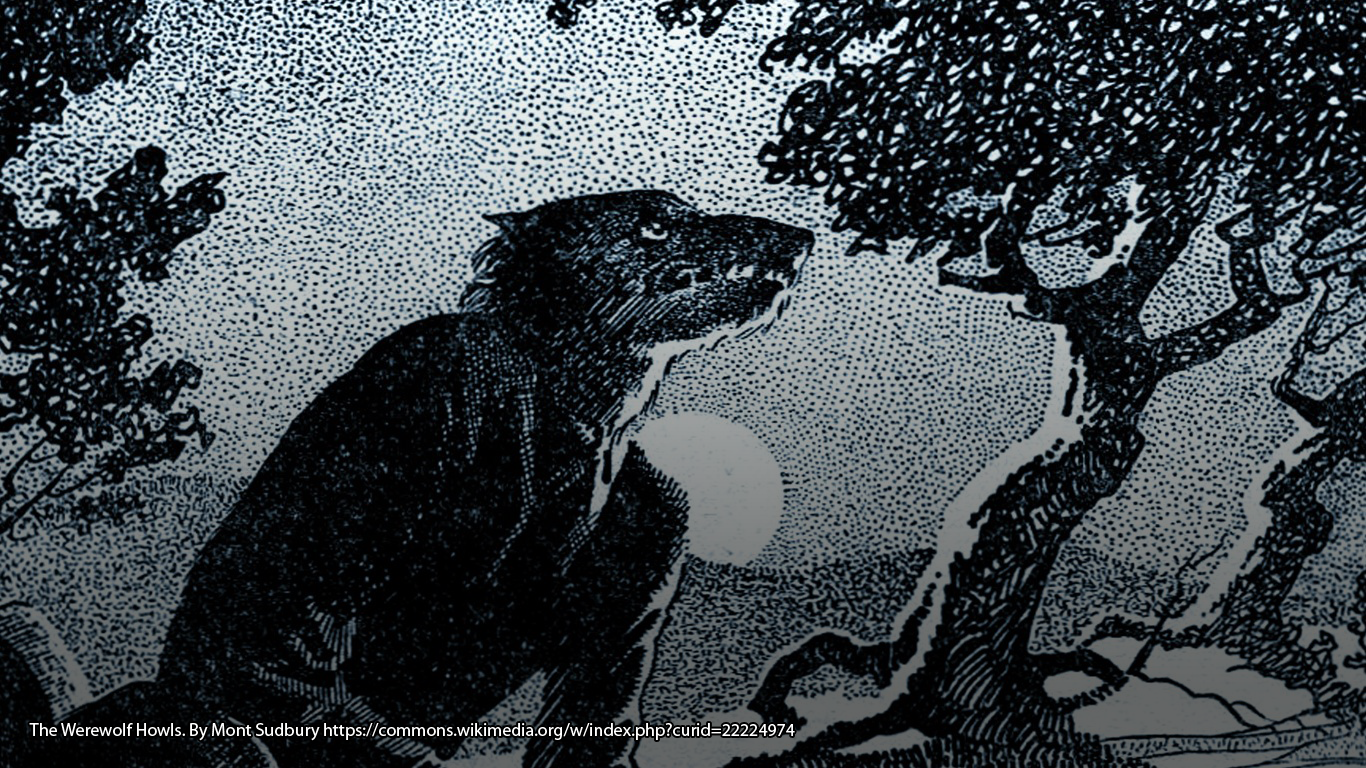 Werewolves that Fish and Fight in Battles: The Scottish Wulver and Irish Faoladh in Folklore

Werewolves. The name alone conjures up nightmarish images from our current pop culture horror films starring this shapeshifting man-wolf. The werewolf legend reaches out from its folklore roots to the modern audiences of today because it connects our primal fears with the general belief that werewolves are harmful to humans. However, with the prevalence of shapeshifting folklore throughout the world, there are some exceptions to this idea. Folklore of the werewolf varies in different countries, and there are some tales of werewolves where they are not necessarily “bad”. 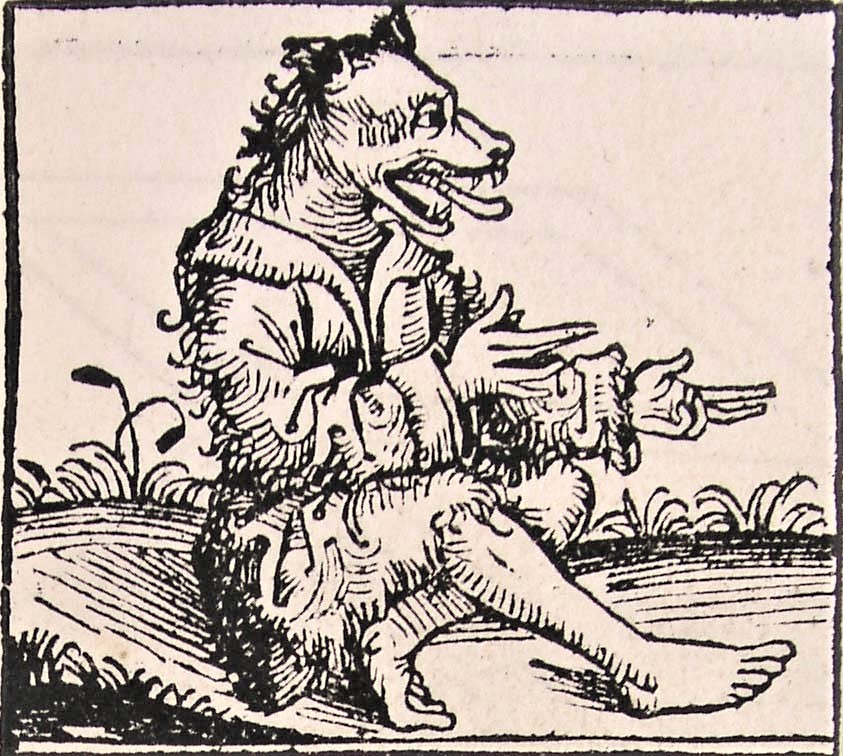 You might think that all werewolves are bent on terrorizing a local populace by giving in to their blood lust, but nay, my bonnie lads and lassies – the story of the Scottish wulver is one that defies this tradition.

In the Shetland Islands, just north of the Scottish mainland, there are tales of the wulver. While often called a werewolf, the wulver was actually thought by the ancient Celts to be its own species, being something between a man and a wolf.

Jane Saxby, an author and folklorist from Unst, one of the Shetland Islands, collected the local folklore about the wulver in her 1932 book, Shetland Traditional Lore. She noted that the wulver was described as being covered with short, brown hair with the body of a man and the head of a wolf. Unlike the typical werewolf, the wulver could not shapeshift and was considered a gentle, kind-hearted being.

The wulver was a solitary creature who lived in a cave dug out of a steep hill. It showed no aggression towards humans as long as it was left alone. However, it did interact occasionally with people and was known to be generous and helpful, particularly to those who were lost, as there are stories of the wulver guiding lost travellers to nearby villages and towns.

The wulver was often seen fishing by local residents for its daily meal from a small rock in the deep water which is known as the “Wulver’s Stane/Wolf Stone”, and there were accounts of it leaving a supply of fish on the windowsills of families that were poor. It was also said that the wulver showed its compassionate side by sitting mournfully outside of the home of a terminally ill person to give comfort to those who needed it.

According to reports, the wulver was spotted on a regular basis around Shetland up to the start of the 20th century. It has been speculated that the folklore surrounding the wulver may have been based on a real human being with a medical condition such as hypertrichosis (also known as werewolf syndrome), which is characterized by excessive hair growth covering the entire body. But there is also another belief that the wulver is some sort of immortal spirit that exists in the Shetland Islands, watching over the lost and poor and forever helping those in need.

Werewolves in battle — Engraving depicting the Beast of Gévaudan. [Source]

Similar to the Scottish wulver, the Irish werewolf or faoladh, differed from the typical depictions of the man-eating werewolf stories we think of, as the Irish faoladh was often considered a creature of “good”.

While there are no wolves in Ireland today, with the last one reportedly killed in 1786, wolves were at one time an important part of the Irish countryside. Ireland was even referred to as Wolfland up until the Middle Ages, due to the amount of wolves that once roamed there. It is no surprise then that they were featured prominently in Irish folklore. Stories of people transforming into wolves was a favorite subject in tales that were passed down from generation to generation.

Although the faoladh shares the similarity to other werewolf traditions of it being a man or woman that shapeshifts into a wolf, it is often portrayed in stories as a protector or guardian of others rather than an unthinking, bloodthirsty creature.

One such story was written by Giraldus Cambrensis in his 12th century work, the Topographia Hibernica, which provided an account of a priest who was asked by a faoladh to administer last rites to its dying mate. The priest was told by the wolf that it was a native of Ossory and its current wolf form was the result of an ancient curse by a St. Natalis. Every seven years, a man and a woman were exiled from their homes in Ossory and transformed into wolves.The priest performed last rites over the gravely ill mate, and the grateful faoladh not only thanked him, but also shared its campfire and food for the night and promised to reward the priest when he regained his human form once again.

In another folktale, collected by Lady Speranza Wilde in her book, Ancient Legends, Mystic Charms, and Superstitions of Ireland, a farmer discovers a family of werewolves living in a nearby forest. The faoladh family is kind to him because the farmer saved a young wolf once, not knowing that it was their son.

However, the most fascinating piece of lore I came across for the Irish faoladh was that of the Laignach Faelad. These were not doomed, kind-hearted or guardian werewolves, but vicious werewolf warriors mentioned in a medieval Irish text called the Cóir Anmann. According to the text, this tribe of man-wolf shapeshifters were from what is now known as Tipperary Island, and were thought to be followers of the bloodthirsty Irish god, Crom Cruach (the Bowed God of the Mounds.) These ancient warriors were mercenary soldiers who would fight for any king willing to pay their price. Their brutality in battle made them desirable to any ruthless and desperate king willing to hire them. The price for their services? Not gold, but the flesh of newborns that they would feed on. Strangely, I find the thought of werewolves fighting alongside a king’s army on a battlefield is both terrifying and inspiring at the same time.

The folklore of the werewolf, while being shaped by the regions of the world the stories are from, still resonates today because of the very nature of folklore itself. Folklore binds our collective past and present with tales that are meant to be shared with each generation…be it about a kindly wulver or a shapeshifting warrior, the werewolf mythos is one that still calls to us today.

Amanda Bergloff is Editor-in-Chief at Enchanted Conversation Magazine and also a speculative fiction author. Her work has appeared in various anthologies, including Stories from the World of Tomorrow, Frozen Fairy Tales, After the Happily Ever After, and Uncommon Pet Tales.