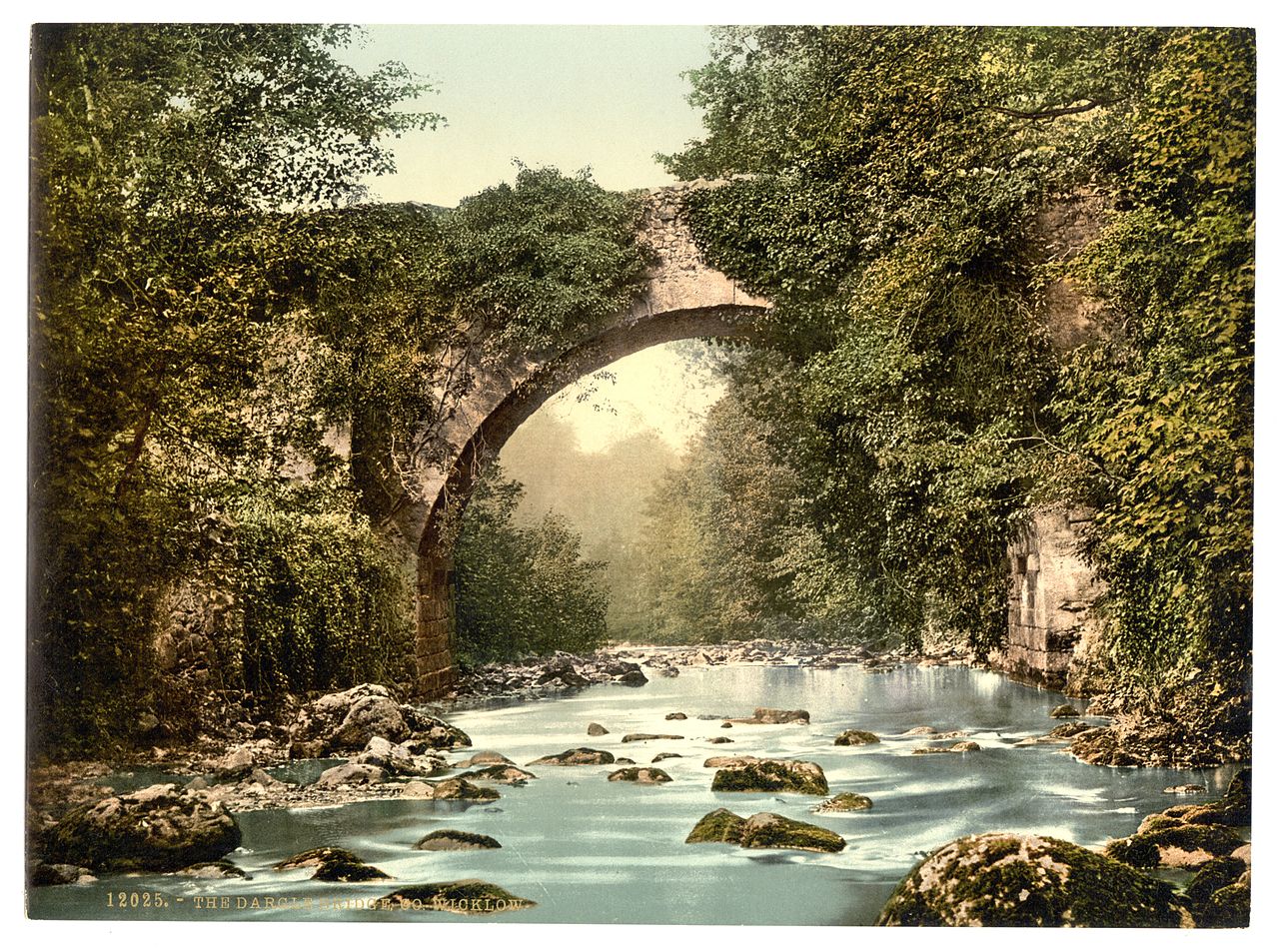 Today Dee Dee Chainey interviews Brendan Nolan, a storyteller and writer from Dublin, Ireland. His many books cover both fact and fiction, and he regularly shares his stories through workshops, public tellings and in schools.

Q. The folklore of the story is very intertwined with the local places, and you evoke a sense of place that really brings the landscape alive for the listener. The Irish landscape is a common theme in your work; do you think the changing nature of Dublin over the last few decades, and the endurance of the wilderness in the surrounding areas like Wicklow, is affecting the way people use folklore and engage with the stories now?

A. Landscape is very important in oral storytelling. You have only your voice and words to create background and context for the story you tell. Filling in a backdrop creates atmosphere. If you have prepared landscape properly, a listener can arrive somewhere before you in the story. Then, they experience the joy of recognition. In a time of urban sprawl it is even more important to ground a story. That could be in a city as much as in the wild hills. Ireland has a very young population that does not remember when Dublin was a big town where everyone knew everyone else, almost. But they are very receptive to stories of when it was different. An urban landscape described as a living thing of shadow and light can be as exciting and strange and new as a dark night on a rough mass track across the high reaches of a winter mountain, as the first flakes of snow fly.

Q. Do you think stories have something to give to everyone, no matter where they are from, or do you think knowing the places mentioned in a story make it extra special for the listener?

A. We all have the human inheritance of story and its structure, so it makes no difference where the listener comes from nor what income level they enjoy nor their age or family background. Saying the name of the place strengthens a story: “This happened in Glendalough a few years before any of us was born,” and you are away. It is similar to saying there were three wise men or three wicked geese, rather than a group of men or a gaggle of geese. It is a definite in your telling. It reassures the listener that you know what happened, exactly, even if you were not even born at the time. Someone who knew told you. It is what the oral storyteller does, hears it from one and tells it to another. If the listener knows the location personally then they are even more interested in the story, and will tell it on once you have remembered it for them.

Q. Tellers without Borders sounds like an invaluable project that really gets to the heart of the value of storytelling. Can you tell us a little more about it?

A. Tellers without Borders (TwB) is an organization of professional storytellers across many countries who tell stories to people in need. We support one another by sharing experiences and stories that have worked elsewhere. Many tell stories to families in conflict zones where bombing and strife is an everyday event. Story helps people escape from that which is to what could, and should be, in a normal life. In one Dublin centre, I tell stories to adults who have lived for years awaiting a decision on their application for refugee status. Uncertainty is a great burden for the mind. There, I tell stories of the foibles of everyman. After some initial hesitation, listeners began to respond with stories from their own country from a time when there was more certainty to their lives. Some simply sit and listen. We laugh a lot in these sessions for the story of mankind is recognisable and universal.

Q. As well as memorable places, your stories are also full of memorable characters! You have a great way of categorising the people you meet to capture their personalities (liars, lovers, loonies and layabouts), can you tell us a little more about that? Do you think these traits help people relate to the more archetypal characters in your traditional stories?

A. I was persuaded a few years ago to tell a story each week on a community radio station. I began by telling a few colorful stories of people I had met in my own life. This went on for four years, with a fresh story every week. A book came out of it Barking Mad: Stories of Liars, Lovers, Loonies and Layabouts. It is called that simply because most of my subjects fell into one or other category and some all four. The work of the traditional storyteller in Ireland is to retell the old stories for new listeners but also to record present day life and times in story. The radio telling of new story informed my telling of old stories in that I can breathe a little humanity into archetypal characters in the telling. They were after all humans with desires and everyday needs as much as anyone else, even if some of them were gods as well.

Q. While this story is quite tragic, many of your other stories keep people laughing.  Where do you get your stories, and how do you choose which stories to tell?

A. Stories choose us. If a story does not suit our tongue it will not rest easy on it. I tell stories that interest me in an eclectic way, so I rarely learn a set story. I simply remember them in the telling. And since my natural instinct is to make people laugh so as to bond as a group I find I can get into trouble at funerals in my private life. I always seem to remember an amusing story about the corpse that I share with the mourners. Most times, it’s fine for we more celebrate a life than mourn a death in our farewell to someone. Sometimes I get asked to remain quiet, which is very hard for a storyteller.
I have a wide repertoire of stories and generally research the likely audience at a forthcoming session and select stories appropriate to them. Once I am telling though I often change that menu to stories that are more suited to the live audience.

Q. One thing we can’t deny is that you have a truly mesmerising voice that helps you take your listeners on a journey through all the human emotions, and Taffy Thomas has even called the way you tell stories ‘outrageous’. Is your telling style something you learned to do to help you tell the stories you liked most, or is it something you’ve always had – like a natural talent?

A. Telling stories is seduction with voice. Pure and simple. You vary your tone and delivery depending on the conditions before you. And your desired outcome, which in my case is a satisfied listener. That satisfaction might come from a chilling story told with horrifying creeping conviction, or, a love story told with a lightsome touch. Or, an ancient story recalled with respect, or, a funny story told so outrageously that the listener has sore ribs from laughing, and a little tear perhaps as a grace note. My father and his two brothers used to have story duels to amuse the company of an evening. One would tell a story well, the next would attempt to trump it with a different story. I absorbed their way of telling story on the kitchen floor and thought for many years that all families were the same. Anything else has evolved along the way the better to deliver story.

Q. I know that you also do a lot of work in schools. Why do you think it’s important for children to hear traditional stories?

A. Oral storytelling is the passing on of tradition and story to the next generation. Schoolchildren are most receptive to story for their imaginations are still open to new thoughts and stories. They spend so much time now on keyboards outside of school that imagination is dulled very early on for many. Part of what I do on a school visit is to teach them how to recognize a story from their everyday experience and to tell it to their friends. I show them how to remember a story they admire. I then encourage the formation of informal story clubs among themselves so they can practice their telling of it.
Viz: Agree a home to gather in, choose a theme, each prepare a story, tell without interruption, when all are done, chat about the stories, decide on the next date, place and theme. Have fun.
Some do and some do not, but at least they now know how.
Watch for shoals of new storytellers appearing in the future.

Q. Do you have any advice would you give a child or young person who loves folklore and wants to tell traditional stories in the same way you do?

A. I tell children that in school they wear school clothes, at sport they wear different clothes but are still the same person; they attend parties in yet more different clothes but are still the same person. Story is story, we just change its clothes to suit the occasion, I say.
Find a story you like to hear. Listen to it for the interesting bits. Then tell those interesting bits to a friend as something you just discovered. You can add whatever clothes of detail to the story you like as you go along. When you really know a story well and can tell it to anyone, start again with a new story. and you have a repertoire.
Every storyteller wears different clothes. They are the clothes that suit us. Every storyteller has a different voice. It is the voice that suits us. Tell out your story, often, that you may hear your voice and be comfortable in your telling.

Q. Now for the final, and most important, question. If we’re ever over in Dublin, can we come and stay at your house?

A. Jim McCann the late great Dublin folk singer used to tell everyone at his concerts in other countries that they could come and stay with him in Dublin. He would then add, sorrowfully, that he would not be there at that time. I in turn am never here in my mind; but you are welcome to call, whenever you like, for I will be away with the fairies at the time.

Thanks for talking to us Brendan!

The telling and music from The Dargle Lovers is on Brendan’s CD, Irish Love Stories, and can be found here. It is included in print in his book, Wicklow Folk Tales. The story is an old one of tormented love. It happened near Enniskerry, Co Wicklow.