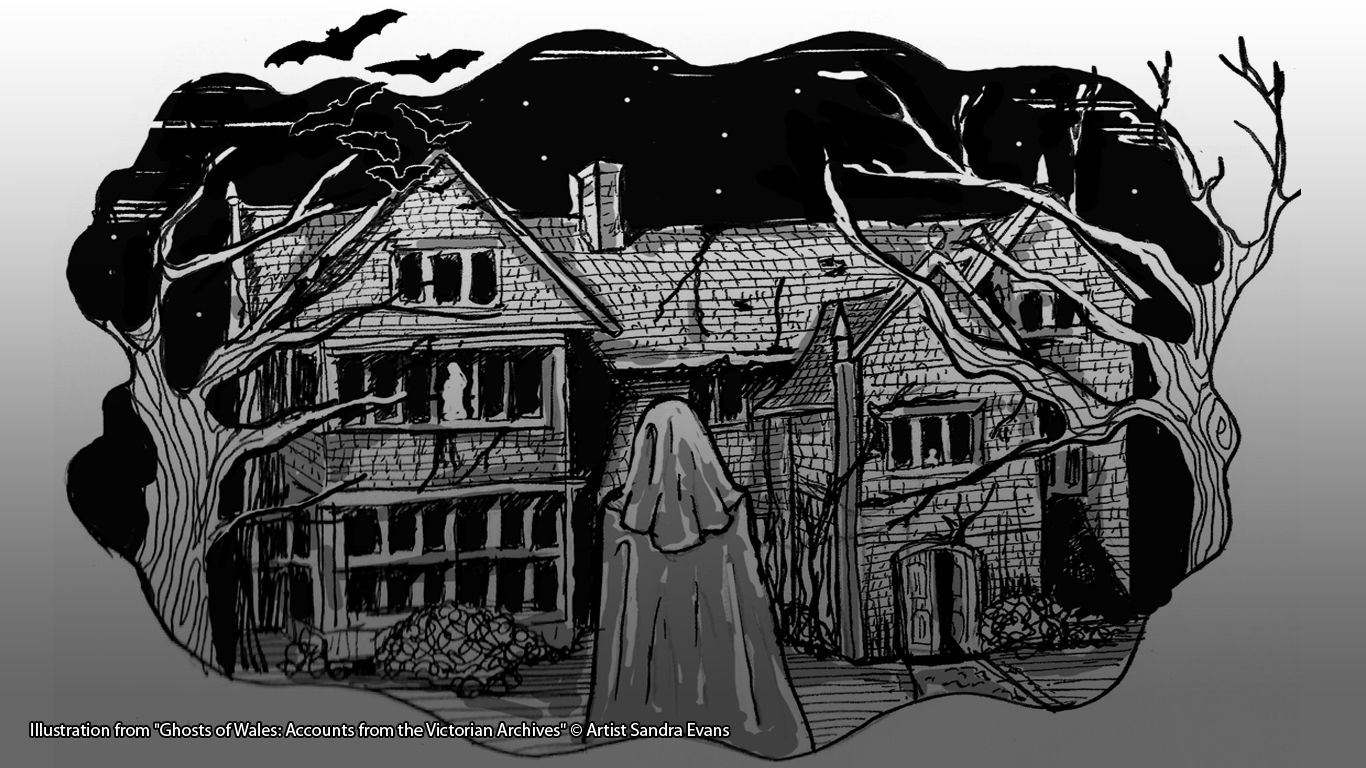 Living in a haunted house can a be scary experience. But what if you knew the identity of the ghost who was thought to be cohabiting with you? And what if the ghost in question happened to be a cold-blooded murderer while alive? Well, that just makes things even scarier.

When it comes to reports of paranormal activity, it’s all too common for the supernatural visitors to be described in quite vague terms.They are said to be ghostly monks, white ladies, or medieval knights, with very few details on who they might have been in life, and what their motives have been for returning to the land of the living.

But that wasn’t the case for the people of Swansea at the end of the nineteenth century. Not only were they being terrorised by a ‘wraith’ from beyond the grave, but they claimed to know his name, his address, and most terrifying of all, all about his past crimes. 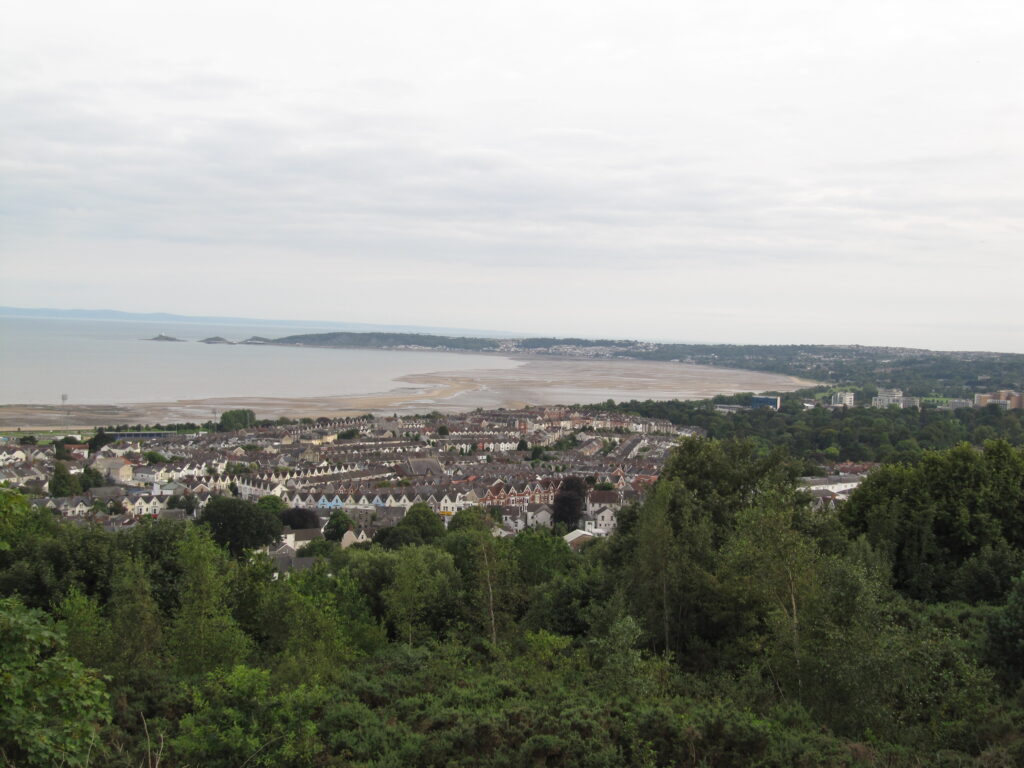 It all began one fateful night in July 1898, when ‘a terrible murder was committed’ in the then-town’s Powell Street. The details of the incident were recalled in the South Wales Daily Post soon after:

‘Henry O’Neill, alias Price, a seaman whose steps had been dogged by persistent misfortune, slaughtered his young wife in a most brutal fashion. Whilst in bed together he suddenly became frenzied, and inflicted innumerable stabs upon her, almost any one of which would have been sufficient to cause death. Subsequently O’Neill plunged into the canal close by, and put an end to his own existence.’

The murder shook the community, but following O’Neill’s apparent suicide, things soon began to return to normal. The killer’s house was re-occupied by new tenants, and all was well for more than a year afterwards. It wasn’t until the following October that unusual incidents began to be reported.

It was said that those living on Powell Street believed that the O’Neill had returned to his old residence from beyond the grave. Several of the residents claimed to have seen his ghost, and in one case a ‘little boy who saw the apparition has been rendered seriously ill.’ His former neighbours were ‘much perturbed by strange happenings,’ and were in a ‘terrible state of fright’ as a result. The spectre of O’Neill was said to walk in the garden at night, and that ‘as soon as the shades of night fall the back doors are locked, bolted and barred, and the women and children will not go out into the yards.’

The reporter writing about the events gathered some of the sightings:

‘One woman says she was reading downstairs late at night, when she saw O’Neill peering in at her through the window. She quickly joined her husband between the sheets. Another woman says she was taking in some clothes after dark, when two clammy hands were laid on her face, and she was just in time to see O’Neill’s spirit vanish into thin air.
‘The people who have seen him walking restlessly about the garden are many. He always seems to make for the corner where the murdered woman’s clothes were buried. Mrs Williams, who lives there, was at first sceptical. She laughed at the fears of her neighbours. Now she does not know what to make of it. A few days ago she dug up her garden so as to have a soft surface. Sure enough, the next morning footsteps were visible leading to the fateful spot in the corner.’ 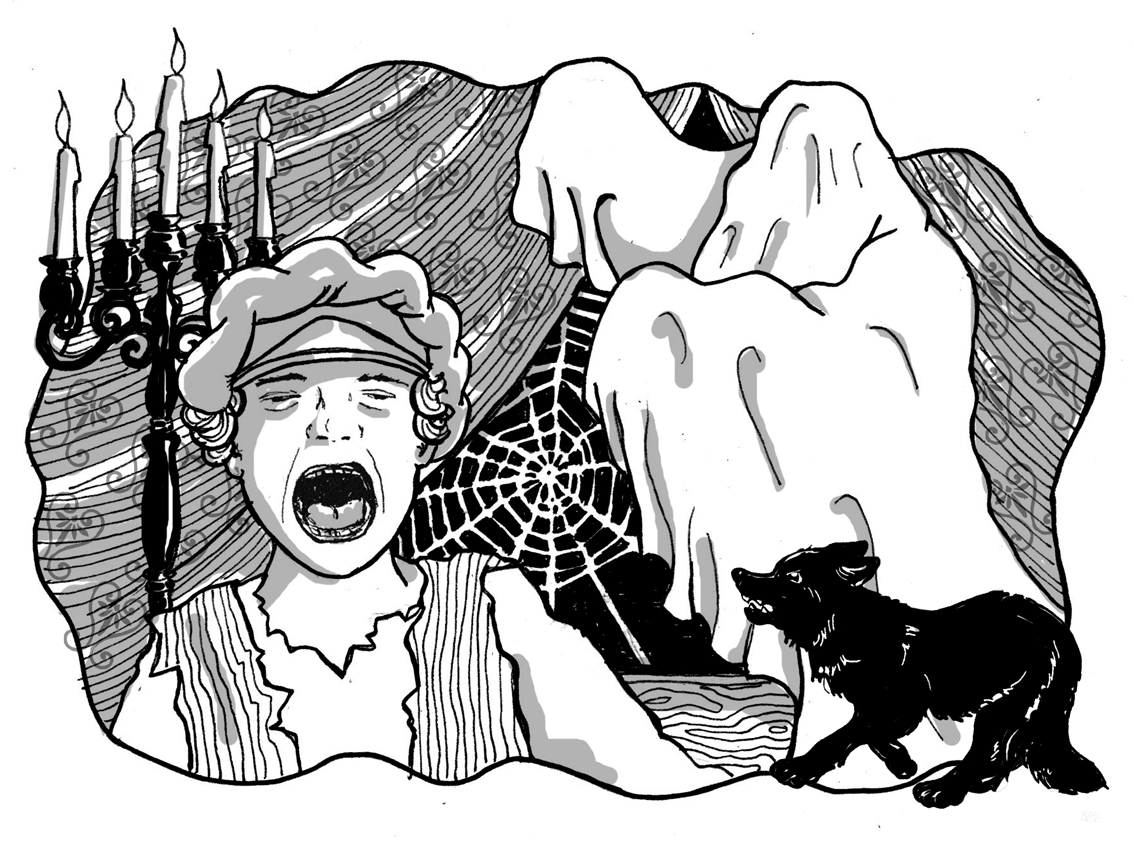 Illustration from “Ghosts of Wales: Accounts from the Victorian Archives” © Artist Sandra Evans

Something had to be done, and so the locals decided that the bravest men in the street should spend the night in O’Neill’s former home lying in wait for the spirit. They sat up in wait all night, but failed to ‘lay the ghost by the heels.’

With no solution in sight, the local newspaper offered a piece of good-old Victorian-style advice for anyone living in the area who might be feeling a little bit nervous: ‘The people living in the street should bring a little common-sense to bear on the subject.’

Rees, M. 2017. Ghosts of Wales: Accounts from the Victorian Archives.