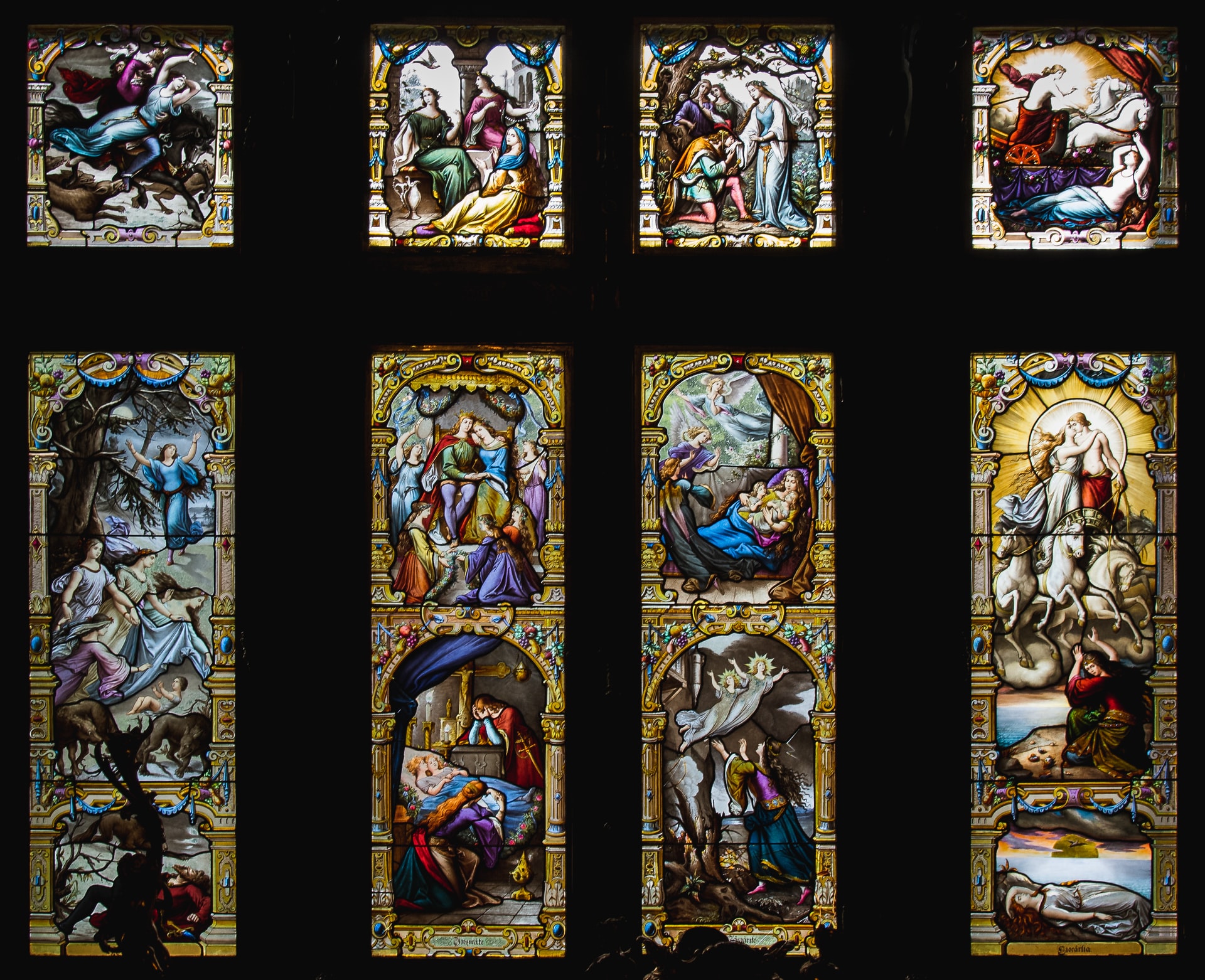 These top five Romanian folktales send us on a quest for ‘Youth without Age and Life without Death’, engage us with Half-man-riding-on-the-worse-half-of-a-lame-rabbit and ‘Emperor Aleodor’, introduce us to sorcery in the ‘Enchanted Pig’, teach us that love is ‘Like Salt in a Meal’ and that you better be kind or the ‘Old Man’s Clever Daughter’ will teach you a lesson.

Youth without Age and Life without Death

‘Youth without Age and Life without Death’, like the other stories mentioned here, was discovered by Petre Ispirescu, a renowned Romanian folklorist and printer of the 19th century.

Once upon a time, when wolves and lambs kissed one another…

A beloved royal couple could bear no children until a magic cure was presented to them – at a cost.  The baby cried and cried and would not be born until forever youth was promised to him, which the king duly promised.

When their son turned fifteen he left on the quest for that which his father, the king, promised him at birth. The prince took with him only his father’s old horse, a magic horse, as well as “the spade, lance, bow, arrows, and clothes he himself [the king] wore when he was a lad” (straight from the horse’s mouth). The brave prince was as kind as he was beautiful and his horse was clever and strong. They worked together, trusting one another, and defeated many evil forces.

We rejoice when the prince finds what he set out to discover, youth without age and life without death, a magnificent palace surrounded by hills of scented flowers where even wild beasts roamed in harmony. Three princesses lived there, one more beautiful than the other and the prince, of course, fell for the youngest one, married her and they lived in happiness until one day during a hunt when the prince accidentally stepped in the Crying Valley.

The one place where he was warned never to go.

He instantly became homesick, leaving his happy life to take one last glimpse at his forgotten family. During his return trip all seems changed and what he remembered to have happened recently, to the people he encountered was but a fairy tale. For what he thought to be a few happy years in his enchanted land, were thousands that passed in the world he’d been born to.

At the ruins of his birthplace, in the darkest corner of the royal cellar, in an old chest his Death, almost dead itself, winked and slapped him over his cheek. And he turned to dust right away.

Not so nosy was Emperor Aleodor, a king’s son who did right by his father and ruled the kingdom with a good hand and a clear mind.

Yet one day, while in the heat of hunt, he overstepped his empire’s boundaries into the land of ‘Half-man-riding-on-the-worse-half-of-a-lame-rabbit’. Aleodor apologised yet the creature had none of it. The only way the prince could redeem himself was by fetching Green Emperor’s daughter.Three times Aleodor succumbed to hunger on his quest and three times he chose to set his meagre meal free: a pike, a crow, and a horse-fly, in return each promising to come to his rescue.
Eventually he found Green Emperor’s majestic castle. It turned out that he could have the princess as long as he passed a test. But if he failed… the hundredth stake, the only one still empty, was presented to him.

Aleodor, true to his mission, hid three times using the scale, the feather, and the wing membrane from the creatures he had set free respectively to get extra help. And the princess never found him, not even with the help of her magic eyeglass. Aleodor won and took her with him. She kind of liked him by now so she did not mind one bit… till she saw the ‘Half-man-riding-on-the-worse-half-of-a-lame-rabbit’.  But she was a resilient princess and she gave the creature such a cold shoulder that he burst with rage and was gone from this world. And the two lived happily ever after.

Not such an easy way to achieve happiness we find in story of ‘The Enchanted Pig’.

When an emperor had to go to war he left his three daughters with one word of wisdom: do not step into the room at the back. Of course they did, for reading and sewing soon become a boring routine. Here they discovered a book where each one read her fate.

And soon it happened as it was written there. When the third suitor arrived, the one destined to the youngest princess, he was indeed a pig. The princess married him and followed him to his home. Days past, the groom behaving much like a pig during the day, loving his mud bath: only at night did he remove his skin to become a man. The princess, worried, took the advice of a decrepit hag, who gave her a red string to tie around his left ankle while he slept. A mistake she would pay dearly for, as the prince had only three days left from the spell cast upon him by none other than the very same hag.

The princess would travel over nine seas and nine lands in hope of finding her beloved husband again. With the help of Saint Moon, Saint Sun and the Wind, the princess discovered the forest where her husband hid. And since they both suffered enough for their love, they could finally be together as humans.

Also a story about proving one’s true love, but for one’s parents, is ‘Like Salt in a Meal’.

When an emperor asked his three daughters how much they loved him he was distraught by the answer of the youngest one. She does not love him as sweetly as her older sisters, but rather in a practical way, like the salt in a meal.

The king banished her from his castle.

She found refuge at the palace of another emperor where she quietly took a job as a kitchen maid. She was soon known as a quiet, studious and gifted cook and when her father was guest at a banquet there, she was allowed to cook only for him. Secretly.

All the guests enjoyed their food praising the cook; only her father had to deal with food cooked with sugar and honey instead of salt. Eventually the truth came out and the princess and emperor, her father, asked for each other’s forgiveness and all laughed and were merry.

You might imagine that all Romanian folktales involve royalty. It is not so.

In ‘The Old Man’s Clever Daughter’ we read about a virtuous girl who suffers at the expense of her new step mother and sister.

Left without any spark in the fireplace the good daughter goes in search of a flame to cook breakfast. True to her nature she helps the needy along the way until she arrives at the house of Saint Friday. Here she does not shy away from chores and when she can finally choose her own reward she chooses with her heart, a small, clean cut chest.

Only at home does it prove to be filled with jewels and precious stones. Of course, the stepsister quickly does the same rushing through the chores and choosing the reward with her greedy eyes. And she gets what she deserved while the old man and his kind daughter lived in peace.

And I mounted in the saddle.
And I whispered by the candle.

Why do folktales still charm us? They hold ancient wisdom, ceremonies and life lessons but they also unravel old rituals of passage, family ties, and ancient human desires, offering us a moment of contemplation and a much needed respite from our own life stories.

Patricia Furstenberg is the author of Joyful Trouble and Silent Heroes among other books. She spends her life on two continents and writes books about dogs at war and dogs in history. She blogs about Romanian folklore and history, travel, music and the human brain. Discover her books on Amazon.