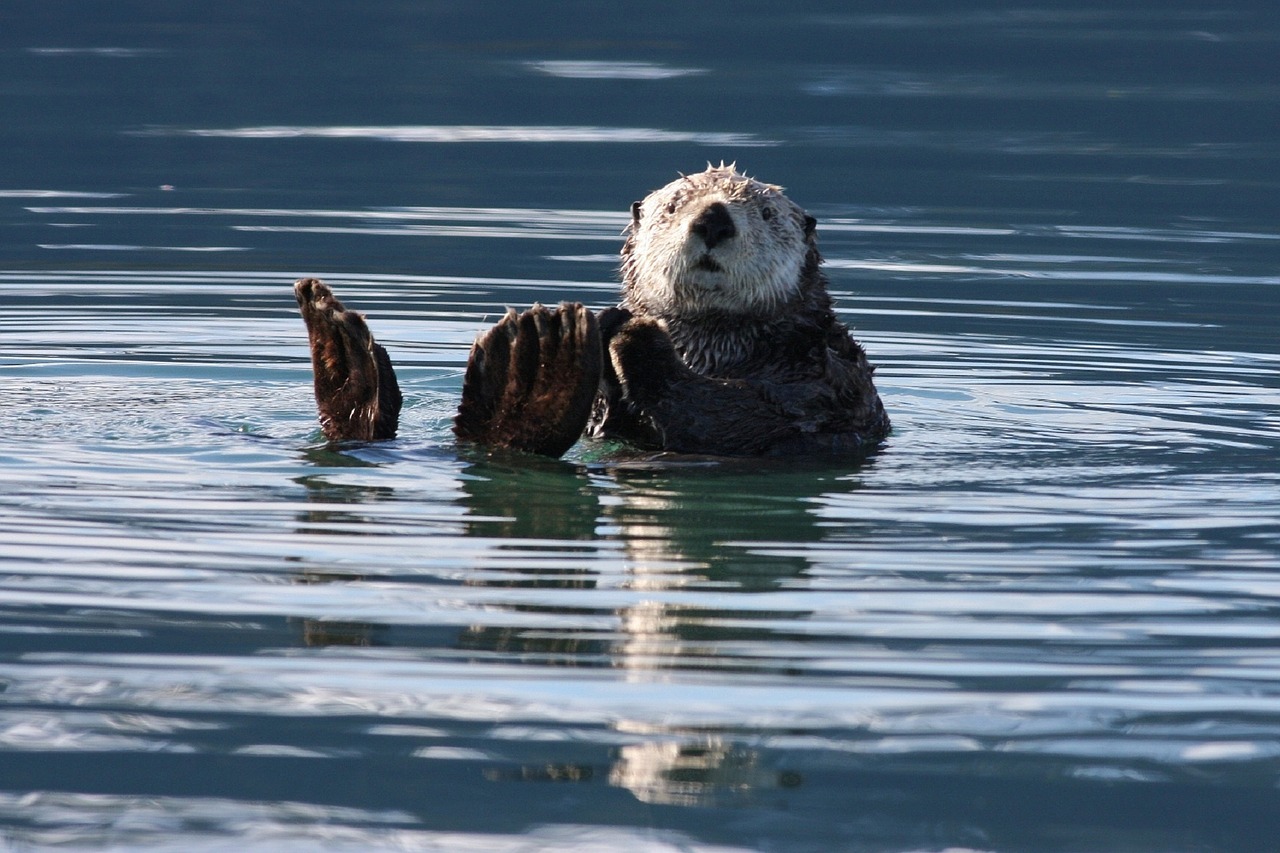 For almost 300 years, the story of the mysterious dobhar-chú, or King Otter, has haunted the shores of Glenade Lake in Ireland. What happened there?

Sea otters hold hands. It’s adorable, and also a widely known fact that anyone who’s spent more than five minutes on the internet is already well-acquainted with, thanks to the countless Youtube videos, pictures, and gifs that enamoured zoo-goers have uploaded over the years for us all to coo over. Since 2007, footage of two particularly snuggly specimens floating on their backs in the Vancouver Aquarium has amassed over 22 million views, and it’s not difficult to see why: on a surface level, the fact that these rock-collecting, clam-smashing critters nap while linkig paws for safety is ostensibly the cutest thing evolution has achieved to date.

But let’s go below the surface on this one  ̶  far, far below, and into the darkest depths of a body of water known as Glenade Lake, located in Co. Leitrim, Ireland. To visit this place, even in imagination, is guaranteed to prompt even the most avid of otter-lovers to think differently of these internet darlings, for since the year 1722, the shores of Glenade Lake have been haunted by the most well-known reported encounter with a dreaded beast known as the dobhar-chú. With a name literally translating to “water hound,” it has also been called the King Otter  ̶  a fitting title, considering its reported measurements average out at about seven feet long, compared to the average otter’s meager three.

Passed down for generations through the poems and songs of local storytellers (this particular version is as told by Owen McGowan, of the nearby town of Ahanhish, Kinlough), the story of the Glenade Lake dobhar-chú is so outlandish that, for many, it defies belief. But proof  ̶  if not of the existence of the creature, then of some deeply tragic event that occurred by Glenade Lake that late September day to inform this harrowing legend  ̶  is written in stone; and, in this case, the idiom is best taken literally.

In Conwall cemetery, located in the townland of Drummons near that Valley of Glenade, the sandstone grave-marker of a long-deceased local woman bears the image of a savage-looking otter. Though the carving is faded, the creature’s gargantuan size is evident, particularly in relation to the disembodied hand that drives a sword into its neck. Dated September 24, 1722, this marker is the last resting place of Grainne Con (often Anglicized in modern use to Grace Connolly), wife of Ter MacLoghlin (Terence McGloighlin). Today, the blame for Grace’s death is still leveraged by many at the ancient and terrible dobhar-chú.

The story begins like any other. On the morning of September 22, 1722, Grace left her home in Creevelea  ̶  a town located on the border of counties Leitrim and Sligo, on the northwestern part of Glenade Lake  ̶  to bathe in the nearby shallows. In a twist of fate reminiscent of old horror movies, she didn’t last long in doing so; presently, the dobhar-chú emerged from the water and made its brutal attack. Death, one can only hope, came quickly for Grace.

After several hours, her husband at home grew worried. With sword in hand, Terence set out to the lake in search of his wife, and found her unbreathing, bloodied, and blackened in the shadow of the great beast that had fallen asleep beside her body on the shoreline. Mad with grief, Terence attacked the dobhar-chú with his blade, and, being that the beast was defenseless in its sleep, succeeded in slaying it. As it died, however, the dobhar-chú gave an ear-splitting scream. The water of the lake began to ripple, and as the the creature’s enraged mate rose from the depths, it became clear that Terence’s heart was not the only one to break on the Lake of Glenade that day  ̶  the dobhar-chús, it was clear, would never hold hands again.

Terence ran for his horse, the second dobhar-chú close on his heels, and rode for miles, though the creature was relentless in its pursuit. The chase went on for hours, until eventually, Terence was forced to stop in the township of Cashelgarron to have his faltering horse seen to. When he told the local blacksmith of the dobhar-chú following not far behind, he was advised to stand his horse on high, clear ground. When the dobhar-chú caught up to him, the blacksmith said, it would thrust its fearsome head through the body of Terence’s horse; this was the exact moment that he must strike, cutting its head off to end the chase. Terence followed the blacksmith’s words to the letter, and avenged his wife in doing so.

Though the story of the dobhar-chú encountered in 1722 is without doubt the creature’s most famous appearance in Irish folklore, it is not, as a matter of fact, its first. Whisperings of the King Otter date back as early as 1684, when it was named in A Description of West Connacht by Roderick O’Faherty, perhaps explaining the Cashelgarron blacksmith’s understanding of its bloodthirsty habits years in the future.

Much later on, in the 1896 edition of The Journal of Royal Society of Antiquaries of Ireland, a Ms. Walkington wrote a letter that described her sighting of a creature “half-wolfdog, half-fish.” Months later, her letter was responded to by another reader, a Mr. H. Chinchester Hart. Mr. Chinchester Hart had heard stories of a creature much like the one Ms. Walkington had described, and believed it to be called the dobhar-chú, “The king of all lakes and father of all otters” who could “run his muzzle through rocks.”

Though the primary mystery of the dobhar-chú has its roots in a time long since past, belief that this fearsome species may still be out there remains as persistent as fear itself. Tellingly, in the year 2000, noted Irish artist Sean Corcoran reported witnessing the appearance of a dobhar-chú in a lake while visiting Connemara’s Omey Island with his wife. He said, “The creature swam the width of the lake from west to east in what seemed like a matter of seconds.” After doing so, it bounced onto a boulder on the shoreline, gave “the most haunting screech” they had ever heard, and disappeared into the dim  ̶  perhaps, as the tales would suggest, in search of its dear and distant mate.

Olivia O'Mahony is a writer and folklore enthusiast from Dublin, Ireland. She holds an international degree in English literature and anthropology, and currently lives in New York, where she enjoys making up elaborate life stories for the subway rats. Follow her on Twitter or visit her website.