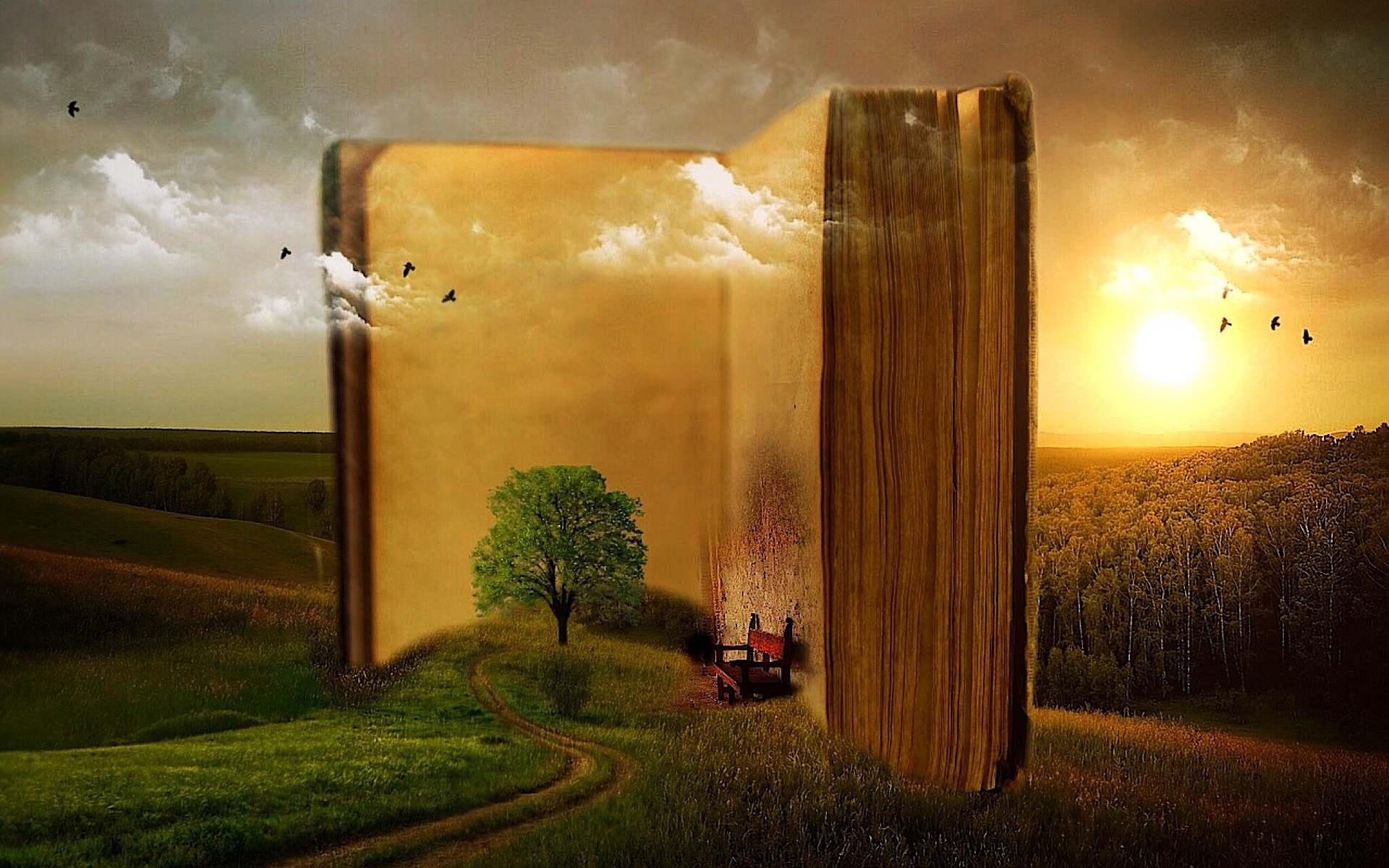 Here is my version of Rashiecoats a traditional Scottish story, about a princess who came from a land of towers near a marshland, a long, long time ago…

In those days the lives of royal children was very much in the hands of their parents and princesses and princes seldom got to marry anyone they chose for themselves. So it didn’t come as such a surprise when the princess in our story: young Morag, was summoned by her father and told she was to be married.

‘Oh no’ thought the lass…‘Oh no, not him, anyone but him…’ the grumpy faced misery from the castle in the nearby glen, he was sullen and rude, he didn’t make her laugh and he was also so unkind…no, no, no he wouldn’t do at all.

Her father insisted the marriage would be in everyone’s best interests and begged her, implored her, threatened to ignore her wishes and went off in a huff and Morag pondered what she could do, trying to think of a plan to avoid marrying the miserable prince from the glen.

The next day she decided to go and seek the advice of the hen-wife, the wise woman who kept chickens, doled out herbs and potions, broths and oaths to those that sought solutions in the local village. There she was told to return to her father and tell him she would consider the marriage only if he made her a coat of the finest gold, which the princess immediately went and did.

The king being a king found this task quite simple, he went to his coffers and took two bags of gold, one for the goldsmiths to turn to cloth and one to repay them for their trouble. Then taking the cloth, beaten, sheer and lustrous, he took it to the finest tailors who fashioned the princess a beautiful coat of pure gold. When Morag saw the coat catch the light she marveled at its beauty, but a lump caught in her throat; how was she to avoid marrying the grumpy prince from the glen now she pondered.

Parcelling up her garments, she returned to the hen-wife the very next day and asked her again how she might avoid wedding the miserable prince from the glen.

This time the hen-wife told her to return to her father and ask him to give her a cloak and shoes made from feathers, freely given, one from each of the birds of the air.

When Morag returned her father scratched his head and paused, but then being a king got the finest seed from the royal kitchen and asked children to go to the garden and quietly offer a beakful of seed to any bird who would gift just one feather. He soon found he had a basket of the most beautiful feathers each fallen from a breast or a wing, which he took to his seamstresses and bade them fashion the princess a cloak and shoes of feathers.

The next morning the princess heavy hearted still refused to marry the grumpy prince from the steep glen and went back to the hen-wife with her tale of worries for a life yet to come and the hen-wife told her to go back to her father and ask for a coat, cap and shoes of rushes.

The king was tired now of hearing excuses, but indulged her one last time, because he loved her and sent the softest handed of marsh folk down to the water’s edge and there he bade them collect basket upon basket of the down soft rush seeds. Then he had cloth woven and billowing, cloud-soft coat, cap and matching shoes made. Surely now his wilful daughter would agree to the wedding.

But Morag would not, she took her coat and ran to the hen-wife, sobbing and pleading for a way to avoid marriage to the grumpy prince from the steep glen.

Unfortunately the hen-wife had no more answers to give but advised Morag to pack up her three coats, two pairs of precious shoes and her down-soft hat and make her way out of the castle and away, into the land of towers and try to find herself a new fate.

Morag travelled for a week or two and then found herself facing a long dark night of cold driving rain, so she decided to seek shelter at another tower castle a valley or three away from her home, one where she was a stranger and would not be recognised. Telling them her name was ‘Rashiecoats’ she was offered a bed and food if she would help in the kitchen.

She stayed one night, then two, then more and she decided to stay a while longer as she liked the work and the castle folk made her laugh. Then she stayed another month as it began to feel like home, then she stayed a bit longer as the son of the king in this castle was handsome and funny and kind and well… she taken a bit of a shine to him.

But in those days princes didn’t get to choose their own brides and the king had made up his mind to wed his son to a grumpy faced princess with bad manners from the next tower along the trail and even though his son begged and cajoled his father to change his mind the king would hear none of it.

The first Sunday that came along the banns were to be read in the nearby church and Morag, now Rashiecoats, sat by the kitchen fire with lunch to make and dishes to clean, wondering what she could do to change this prince’s father’s heart.

If you’re a smart girl, you can’t help but pick up an insight or two when you visit a hen-wife… you just start to remember useful, interesting stuff. And Rashiecoats was a very smart girl.

She sat and pondered and came up with a plan. Taking a handful of seeds from the cooking jar she went out into the castle grounds and called out to the birds of the air to help her. The birds flew down, wise old owls, handsome harriers, charms of goldfinch, a flush of ducks and parliament of crows and each taking a seed, they told Rashiecoats to put on her coat of gold and go to the church whilst they took care of the kitchen.

Off she went, in her shimmering coat, whilst the birds washed with a wing and cooked with a claw, away to the church where she caught the prince’s eye and impressed his father, who didn’t recognise the kitchen maid, dressed in a coat of gold. Then she ran back to the kitchen before the royal party returned for lunch.

But much as he’d admired this golden clad girl in the church the king still insisted that his son marry the grumpy princess in the tower in the neighbouring village, and the following Sunday the banns were to read a second time.

Once again Rashiecoats took a handful of seeds from the cooking jar and went into the castle grounds calling to a summer cloud of swallows, a bellowing of bullfinches, a skein of geese and a siege of bitterns to help her. Each took a seed and bid Rashiecoats put on her coat and shoes of feathers and make her way to the church. Which Rashiecoats did, whilst the birds cleaned and cooked much as they had before.

Once again the royal party much admired the beautiful girl in her magical cloak of feathers and fine down-formed shoes, but the king still insisted his son marry the grumpy faced princess from the tower in the neighbouring village, and the party returned just behind Rashiecoats then argued over their lunch.

The following week church plans were made a third time and things proceeded as they had yet again. When Rashiecoats made her way to church this time she wore her coat, cap and shoes of rushes, and she seemed to the prince to be a magical being born in by a cloud. And when she vanished after the service, he begged his father to let him at least find this girl and discover who she was before he married the grumpy princess.

Well his father agreed, and the prince ran out of the church behind Rashiecoats hoping to catch her before she vanished forever, but he was just a little too late. The only trace he could find was a seed quilted slipper on the church gate stone, dropped by its owner as she ran back to the kitchen.

And here I think you know how the story goes, a familiar tale of a love-lorn prince clutching a slipper asking girls around the kingdom whom it might fit… Finding his prospective mother-in-law, the grumpy princess’ own mother, who insisted it was her own daughters foot, determined the arranged marriage go ahead…

Clipping a bit off her daughters heel, trimming her toes, forcing an already miserable princesses foot into the rush slipper. The prince accepting his fate, seating the princess on the back of his horse, and returning home tired and confused.

But then in this tale the birds are a force to be reckoned with and the wise creatures of the air, hover and call:

‘Look down and you will see: nippit foot and clippit foot, this wedding is not meant to be, your true beloved is at your home: Rashiecoats working in the kitchen, by your own hearthstone’.

And the prince looked round and realised what had happened and sent the foot-sore grumpy princess away (being a nice kind of prince I’m sure he didn’t make her walk on her clippit feet, but dropped her off at home…) Then he went back to his castle home and found Rashiecoats, dressed in her gossamer fine coat of rush down, crying into the soup. Of course the two go and seek permission of their fathers, who, seeing a royal wedding that might suit everyone in the offing, wisely agree to this new arrangement. And being a story, I imagine that the miserable prince from the steep glen that Rashiecoats, now Morag, once more was meant to marry in the first place but had previously abandoned and the grumpy ill mannered princess from the tower in the village met, and were wed and lived… well… grumpily ever after, bickering and shouting at each other for a very long time. But then some people are just like that.

What I do know is that Rashecoats never forgot the kindness of the birds, and the magic of the rushes, and made sure that the birds always had a safe home, full of plants with a cloud of seeds and that that land, bordered by castle towers was meant to be kept that way for the rest of its days.

Or at least that’s how I tell it…

This is my version of a story I have heard told since I was a small child, a favourite of my mother’s, also a professional storyteller. Scottish children did indeed once collect rush down to quilt warm clothes and I chose to weave in more bird-lore as their magic was so vital to the place I saw the story unfold.