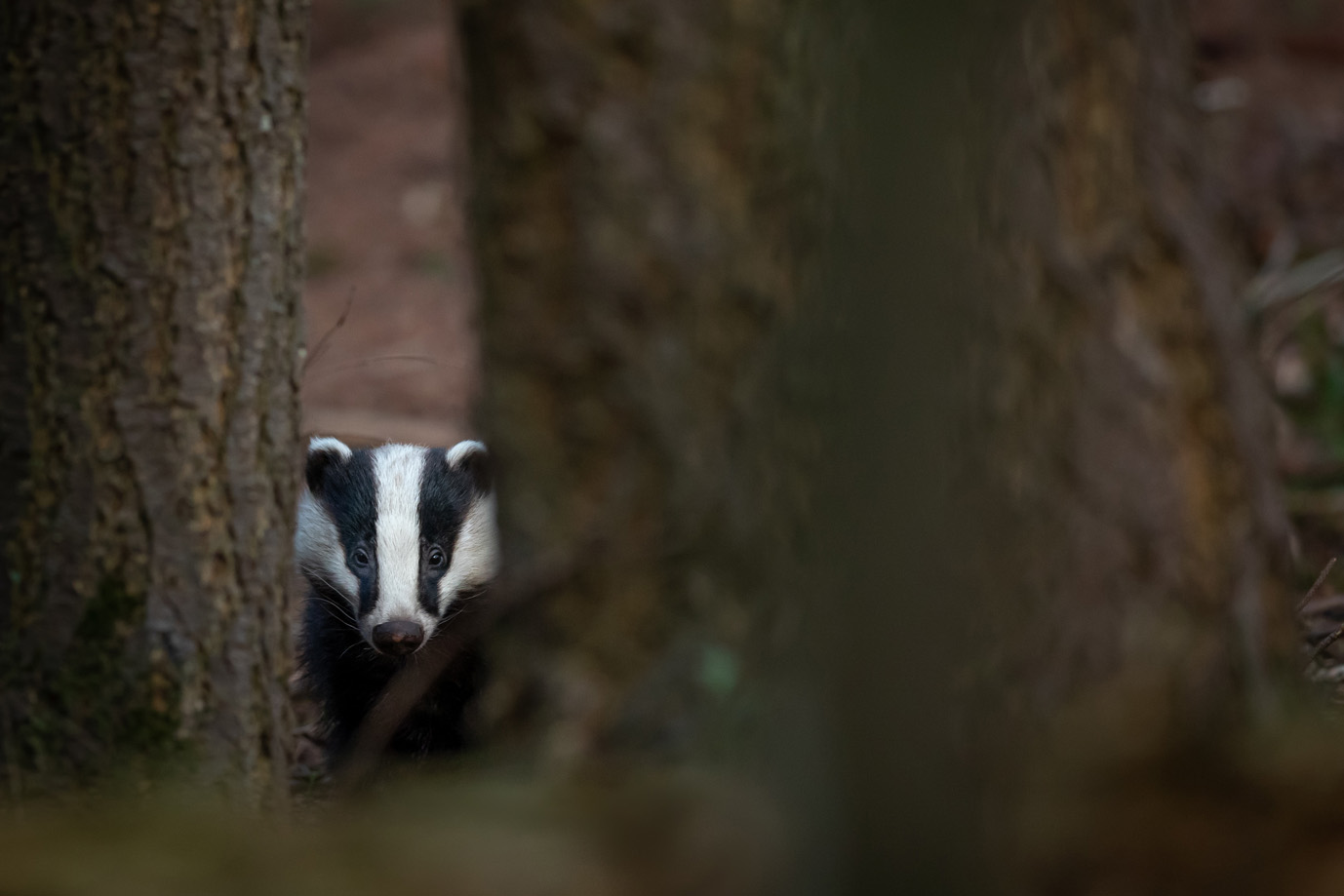 I was looking for a sign, figuratively speaking, but I got one literally! I had just started writing and needed inspiration, and as I drove on the A6003 near Corby, Northamptonshire, I spotted a red warning sign with the words “Badgers Crossing” underneath. During the next few hours my mind went into overdrive and by the time I reached Lancashire I had a fully formed idea for a town in which to set my stories. Badgers Crossing was born, as was my obsession with that black and white bumbling fluffball we associate with the grumpy but wise hermit from Kenneth Grahame’s Wind in the Willows, Rupert Bear’s pal Bill, or the mashed potato guzzling rascal from the children’s TV show Bodger & Badger — the European badger (Meles meles).

Although widespread worldwide, Patrick Barkham’s Badgerlands (2013) states “there are more badgers per square kilometre in Britain than in any country.” Despite their numbers, badgers are elusive beasts thanks to their nocturnal lifestyle and underground dwellings. This has led to myths and legends wherever they make a home. The European badger is not alone in inspiring folklore. The Japanese badger (Meles anakuma) is hugely important in far Eastern mythology and likewise, their Western cousin, the American badger (Taxidea taxus), features in Native American storytelling traditions.

You may have heard badgers referred to as brock. This was popularised by Alison Uttley in her children’s books, Tales of the Four Pigs and Brock the Badger (1939) and Six Tales of Brock The Badger (1941). However, the name goes back much further than that, originating in the Proto-Brythonic languages of western Britain. Brokkos, meaning grey, evolved into brocc (Old Irish) and broch (Welsh). The word badger itself only dates to the 16th century, where it was noted that a badger’s striped visage bore a resemblance to the sash (or badge) servants wore to represent their houses. Bawson is another nickname for badgers and its roots lie in the creature’s appearance once again, being derived from the Latin balteānus (meaning banded or belted).

Badgers have inspired more British place names than any other animal. Most well-known of these is Glasgow Rangers’ football ground. Ibrox means badger’s sett in Scottish Gaelic. British and Irish readers can probably think of places near them with Brock (or derivatives) in the name. Surprisingly, the village of Badger in Shropshire has no etymological link with the creature, taking its name from Bæcg, a personal name, and ofer, meaning ridge.

Like many nocturnal creatures, badgers have a reputation as an omen of death. One of the most enduring myths, and one that has a degree of grounding in reality, is that they perform funeral ceremonies. The naturalist Brian Vesey-Fitzgerald claimed to have witnessed one such event and recounted it in A Country Chronicle (1942). However, badgers are very hygienic animals who keep the living quarters of their setts separate from a chamber for their scat. Sceptics of the funeral theory suggest that burying the bodies of departed clan members is just an extension of this cleanliness.

Despite their cuddly appearance, badgers are surprisingly agile, reaching speeds of up to 20mph in the open. This ability to evade capture has resulted in another popular myth: the shapeshifter. Tales of their uncanny prowess in disguise are told wherever there are badgers. The first known instance of badgers (or mujina) in Japanese folklore was in the eighth-century legal document Laws Concerning Robbers where they are reported as vengeful, justice-delivering demons. Soon after this, the shapeshifter myth was first documented in the historical text Shoku Nihongi:

“In the second month of the thirty-fifth year of the Empress Suiko there was in Michinoku province a badger who changed itself into a man and sung.”

By the eighteenth century, badgers were firmly entrenched in Japanese folklore. One of the most widely told tales is “The Crackling Mountain,” in which a badger thief is tied up by a hunter as punishment for eating his pet hare’s food. It persuades the hunter’s wife to untie it, then murders her and cooks her into a stew. Taking her appearance, it then persuades the hunter to eat up. The hare eventually saves the day by setting the badger on fire!

As well as vigilantes, mujina are known as cruel pranksters. This is by far the most enduring portrayal of badgers in Japan. One popular story from Legends of Shimabara speaks of a man who sees a badger transforming into a woman playing a shamisen (a stringed instrument). Convinced that the beast is up to no good, he follows her. As he is about to reveal the woman’s identity to his neighbours, the badger drops its illusion leaving the man staring, not at a musician, but up a horse’s rear end!

In Britain and Ireland, the badger is known for its transformational hi-jinks. Irish folk hero, Cormac Mac Airt, is said to have once hunted some badgers and taken them home to his father who, repulsed at the blood, refused to eat them. A wise decision it turned out, because the badgers were, in fact, Cormac’s cousins who had transformed themselves into badgers to explore the forest.

Back in Japan, there is a third, more positive role of mujina — that of the kindly benefactor. This final characteristic is best exhibited in my favourite Japanese story, “The Badger’s Money.”

One cold night, a badger begs at a door for shelter. A kindly but penniless priest lets him in out of pity and selflessness. This arrangement lasts for years until one night the badger comes no more. Three years later it returns, to the priest’s delight. The badger desired to pay back the kindness it received but couldn’t in good conscience use its skills as a master thief to steal the money, so it had travelled the land, working honestly for gold until there was enough to forge three coins, with which the priest could purchase his entry into heaven.

It’s appropriate to end as I started, with a warning sign — this time a figurative one. As I mentioned earlier, the badger, especially in Britain and Ireland, has become associated with death, and this is conveyed beautifully in a pair of poems of uncertain origin, possibly Irish, dating to the early 1800s:

Should one hear a badger call,
And then an ullot cry,
Make thy peace with God, good soul,
For thou shall shortly die.

Should a badger cross the path
Which thou hast taken, then
Good luck is thine, so it be said
Beyond the luck of men.
But if it cross in front of thee,
Beyond where thou shalt tread,
And if by chance doth turn the mould,
Thou art numbered with the dead.

Blackwood, W. (1828). Dictionarium Scoto-Celticum: a Dictionary of the Gaelic Language. Edinburgh: The Highland Society of Scotland.

By day Paul fixes computers but in his spare time he runs pop culture site World Geekly News where he writes about film, TV, music and nostalgia, and has written freelance for Den of Geek and Film Stories magazine. He pens ghost stories suitable for all ages which he occasionally performs in a small, potentially haunted pub in Manchester, UK, and also publishes some of them on his Badgers Crossing website. On Valentine’s Day next year he’s taking his wife Kirsty on a badger spotting night. You can also follow Paul's Badgers Crossing Twitter account @BadgersX.