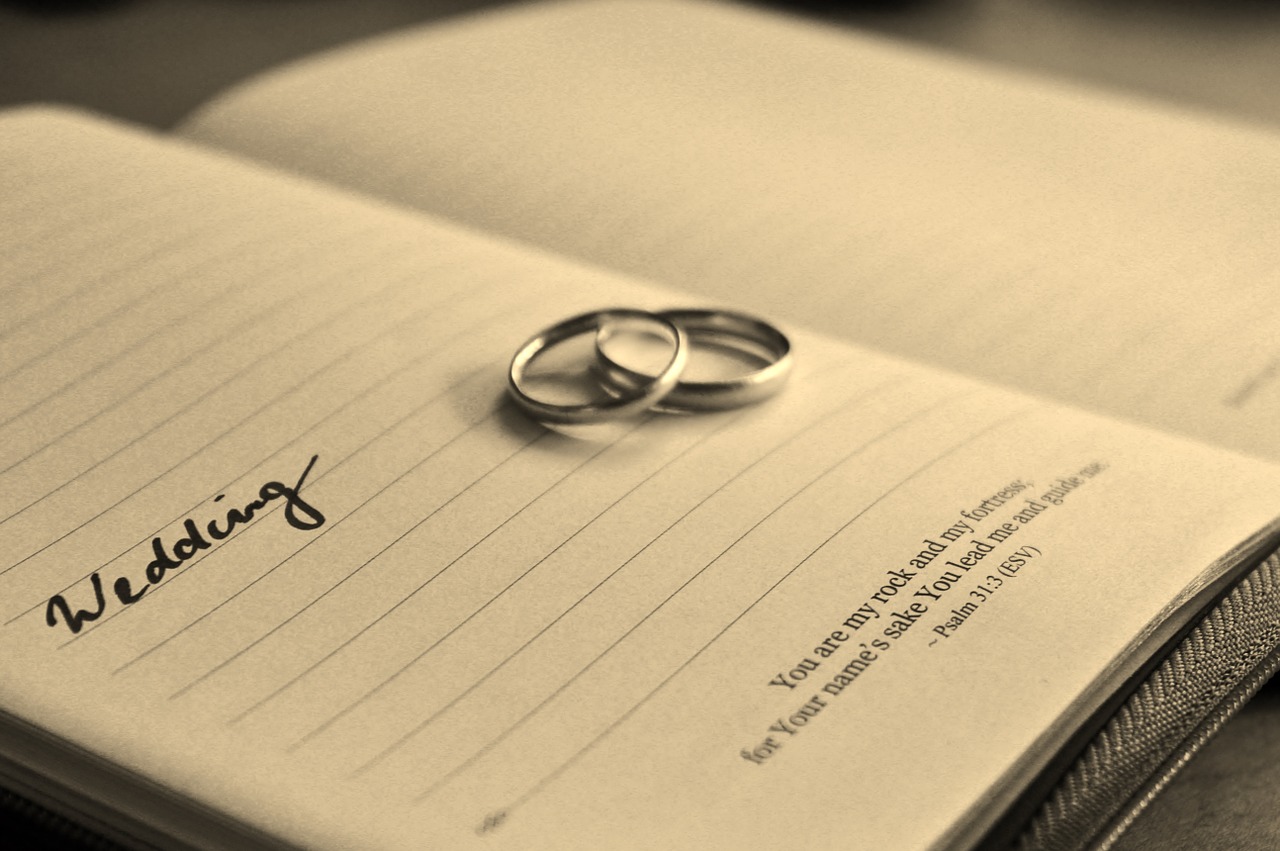 Wife selling is often claimed to be an ancient practice, carried out by brutish men to free themselves of unwanted wives, but the truth is far more varied and fascinating.

Accounts of wife selling can be found through many history books, but only S.P. Menefee dedicated a whole tome to it in 1981. Like many writers, he claims the practice is of ancient origin, but he dates it back to c.1073 and continued in various forms well into the 20th century. Before the 18th century, most people lived in small communities and marriage was usually between couples who had grown up together, and who were supported with advice from friends and family before committing to a union, which made the notion of lifelong partnership both sensible and often achievable.

On Friday a butcher exposed his wife to Sale in Smithfield Market, near the Ram Inn, with a halter about her neck, and one about her waist, which tied her to a railing, when a hog-driver was the happy purchaser, who gave the husband three guineas and a crown for his departed rib. Pity it is, there is no stop put to such depraved conduct in the lower order of people.

The first record I can establish of a wife sale dates from a diary of 1553 which notes the shaming of parson Thomas Sowdley of St Nicholas Coleabbey, London, who was being carried round the city for selling his wife. When Henry Vill closed the monasteries, priests were able to marry, but with the return of Catholicism under his daughter Mary, it seems Sowdiley disposed of his new wife to allow him to keep his post, but to the anger of his parishioners.

The incident is also interesting as he sold her to a butcher, which suggests the venue may have been Smithfield Market, which became infamous for the practice, especially during the French and Revolutionary Wars. The French came to believe that any Englishman tired of his wife could dispose of her at Smithfield Market, which served to confirm their low opinion of the ‘Bifsteaks’, especially at a time that England was holding itself up as a beacon of enlightenment and the centre of the abolition of the slave trade. Like the French, North Americans were bemused that Britons could condemn the trade of slaves, but permit the same of their own women. Smithfield’s infamy seems to reflect the age when many men were abroad as sailors or soldiers and sometimes struggled to return. A common belief was that an absence of 7 years amounted to a divorce. This number had strong Christian connotations, and many convicts were sentenced to 7 or 14 years in the colonies of North America and then New South Wales. Thus the folklore of wife selling reflected established law of the age. The unfortunate first husband found his wife had started a new family, so instead of reclaiming her, they often agreed to a sale, for a penny or a glass of beer to seal the agreement. This allowed the new family to stay together, and the absentee to start a new life. The press condemned these sales, but the authorities generally turned a blind eye to them as it saved the courts and poor law authorities considerable time and money.

In 1820 a man led his wife to Canterbury market where he asked a cattle salesman to sell his wife for him, but the man refused as he only dealt in cattle. The husband hired a pen and paid the toll in order to proceed with the sale. This suggests the woman was treated as a beast, but observers often noted how placid the women seemed. Perhaps they realised that if a sale was being discussed, the relationship had passed the point of reconciliation. But the idea that this was degrading is countered by the frequent insistence that the woman had to be willing, an aspect never mentioned in the sale of animals.

In 1823 a woman was offered for sale in St Thomas’s Market in Bristol; when no bids were forthcoming she was sold for sixpence to a young man who felt sorry for her before regretting his decision and re-sold her. But she objected to the new purchaser, claiming she would only go with him if ordered to do so by a magistrate, showing yet another common theme in the practice, that the sale must follow acceptable rules. But the magistrate refused to intervene. This highlights yet another aspect of wife selling; though the press widely condemned the practice, and often claimed it was illegal, no law was ever passed against it.

The cleric and folklorist Sabine Baring-Gould dedicated a whole chapter to wife sales in his book, Devonshire Characters and Strange Events. As a child in Devon he witnessed the return of the local poet from market with his bought wife. Despite being told by the local cleric and JP that the sale was neither legal or Christian, he was adamant that it was, as he had paid for her in open market and held the halter tall the way home. Baring-Gould was intrigued that so many sales involved the same insistence, though he as a cleric he strangely seems not to have intervened. He was present for a sale in a local pub. A suggestion was made that the woman could not be sold for cash as nobody had an auctioneer’s licence, so it was agreed to barter her for alcohol. This suggests knowledge of wife selling was widespread, but the details and folk practices were invented and debatable locally.

Likewise, the use of a halter was widely condemned as being humiliating to the woman, but it seems to have been used by country people to allow her to be sold in a market, to ensure its legality. In urban centres, pens were not used, and halters were made of kerchiefs or ribbons. One woman was labelled a ‘hussey’ for waving her kerchief in celebration. In 1789 a canal navvy sold his wife using acord, which seems to have reflected his trade, so people seem to have made use of local materials. A sale at Smithfield in 1815 involved a beautifully dressed woman who arrived in a coach; she wore a halter made of silk covered by a white lace shawl, suggesting she was following Marie Antoinette’s fashions rather than local practices. She was sold for 50 guineas plus her new beau’s horse. Alcohol was often involved, either as payment in kind, or to celebrate the sale, both of which were common commercial practices. It was sometimes named as a crown bowl of punch, designed for celebratory sharing, showing the level of goodwill involved in the sale which again challenges the notion that those involved were brutish or ignorant. There were several instances of dinners at the end of the sale. In 1789 Thomas Hand, taylor of Spalding sold his wife to the intriguingly named Thomas Hardy, cordwainer. The woman agreed to be delivered to her purchaser in a halter, and a written agreement was signed by witnesses. The lady dined at the head of a table where 9 friends celebrated the event. She was described as showing ‘great composure’, a term associated with marriages. This highlights an aspect mostly ignored by the press — wife sales were not solely about cheap divorce; they were about re-marriage. There were 2 instances when this was made more obvious, when the new husband paid for bells to be rung in celebration, and another where he bought his new wife a dress.

The most extraordinary example dates from 1775 when farmer Jonathan Jowett of Rotherham endured a ‘ludicrous piece of business’ by wearing large ram’s horns on which ‘cornuted by William Taylor’ was written in gold. He wore a large collar by which a neighbour led him. He led his wife by a halter to the place of sale though a crowd estimated at 1,000 people. It is hard to make sense of this. Why would a man volunteer for such humiliation? It suggests the mocking of men who had been cuckolded was still strong in the region, which led him to be seen as weak and unable to control his wife. It seems he saw this strange procession as a means of seeking closure, to putting an end to him being mocked by friends and neighbours. It would make sense if Jowett was angry at his wife and her beau for betraying and humiliating him, but it seems he, and many other cuckolded men remained on good terms with their wives, in some cases they seemed sad rather than angry at their parting. He sold her for 21 guineas, returning 1 guinea ‘for luck’. The latter was practiced in some regions weil into the 20th century as a means of showing good will, and was a tradition aimed at ensuring the good health of the animal sold, in this case, his former wife.

Wife selling took many forms over time and geography, though the halter was a common element until recent times. What the practice shows us is that many people had unhappy marriages, and that some had the courage to try to remedy it. Till death us do part did not have to be a life sentence.

The talented Barb Drummond has offered a copy of her new book for a lucky #FolkloreThursday newsletter subscriber this month!

“In the late 18th century, French travellers claimed an Englishman tired of his wife could dispose of her at Smithfield’s beast market. Examples can be found scattered through press records. Some were, as often claimed, brutal, sometimes drunken affairs. But others were civilised, even joyful events ending in marriage-style dinners. They varied widely over time, place, and practice. In England marriage was easily entered into, but was virtually impossible to escape. Sales took many forms to ensure they were legal, and rituals were often incorporated. This book is about the nature of marriage itself, of what it meant to our ancestors, of how the public responded to disputes, and about the rights of women and children. Some sales were initiated by women, who were often nameless, but appear as intelligent, opinionated and who knew their rights. There were many men and women who believed there was an alternative to a life of misery, to be ended by death.”

Sign up for the #FolkloreThursday newsletter to enter (valid January 2019; UK & ROI only).

p. 327 Ringing Church Bells to fend off Thunderstorms & other Curiosities from the original Notes & Queries

I am a writer and publisher of history with a passionate interest in language, especially that incredible beast, English. My books are available through Amazon or at barbdrummond.co.uk. Follow Barb on Twitter.