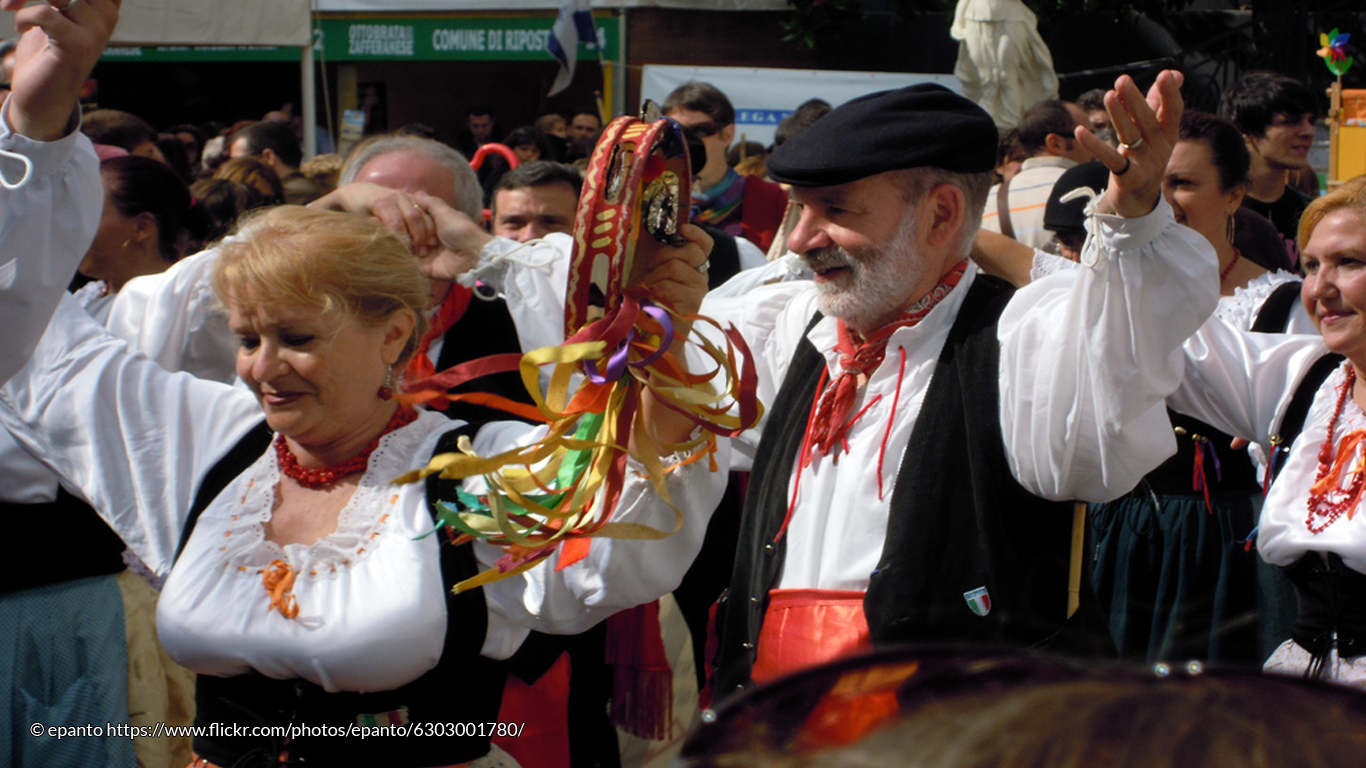 Italian festivals offer glimpses of life in a previous time through food, re-enactments and sporting events. These events will satisfy history buffs and foodies alike.

When one thinks of the words “Italy” and “Palio” in the same sentence, it is likely that the famous Palio horse race of Siena comes to mind. In fact there are various historical palios throughout Italy, including one with donkeys that takes place in the Piemonte wine-growing region of Italy. The Palio degli Asini run by the nine districts of Alba is a traditional mockery of nearby Asti’s horse palio. Each district has ongoing entertainment with games and re-enactments staged throughout by hundreds of costumed participants, giving attendees the feeling of walking back in time village to village. The day’s festivities start with donkey selection and assignment at 10:00 in Piazza Risorgimento, followed by a medieval costumed procession at 14:00 beginning from Piazza Savona, and finally, the main event in Piazza Medford at 15:00. Order your tickets ahead of time so you are guaranteed a reserved seat (30 Euro), unnumbered seat (18 Euro) or standing admission (10 Euro).

There is more to be explored in the Lazio region than the bustling city of Rome. Sermoneta is a walled hill town that is home to a magnificent castle, Castello Caetani. Legend has it Sermoneta was founded by Saturnus, Rome’s god of the harvest, who was hiding out in a villa in Sermoneta to escape Jupiter’s displeasure.

The second Sunday in October Sermoneta re-enacts the Battle of Lepanto, when the Christians defeated the Ottomans in a naval battle of 1571. Sermoneta’s connection to this battle was through the Commander General of the Papal Infantry, Onorato Caetani. Caetani vowed to the Virgin Mother that if their army was victorious he would erect a church in her honor. The re-enactment begins with a costumed parade through town as Duke Onorato Caetani and his wife the Duchess Agnesina, enter the town through different locations with their respective entourages. The couple meets up and proceeds to Porta del Pozzo to watch the competition for the palio (banner). After the competition the parade winds back through town to Castello Caetani where the sbandieratori (flag throwers) perform for all in attendance.

Every Sunday in October Zafferana Etnea, a Sicilian mountain village, is a feast for the ears and taste buds with local music and stalls selling food, wine and artisanal products. It is a major launch point for tourists in the area preparing to visit or trek on Mount Etna. Located on Etna’s eastern slopes in the Catania province of Sicily, lava flows can affect the town, though rare; the last one to affect the town was April, 2013. Etna is Europe’s highest active volcano and dominates the landscape of Eastern Sicily.

Brindisi Montagna is a town in the southern Italian region of Basilicata off the typical tourist trails.  Evidence of settlement in the town dates back thousands of years but is unclear who the first settlers were. A picturesque historical castle ruin dominates the promontory above the town. It hosts a two-day event displaying typical medieval activities such as: jousting, dancing, jugglers, falconry, fire shows, sword fighting and musicians. Strolling through the town you can enjoy various local delicacies while taking in the entertainment. Though off the beaten tourist path, Brindisi Montagna is home to an ongoing reenactment about the brigand Carmine Crocco in its Parco Grancia called La Storia Bandita (the story of the bandit.) Carmine Crocco is a historical figure at different times regarded as a robber, murderer or folk hero that led an army of 2,000 during the Italian Risorgimento (reunification) period.

Since 1958 the last weekend in October is marked with pageantry, camaraderie, competition and food in the southern Tuscan hill town of Montalcino. I attended the Sagra del Tordo (Feast of the Thrush) in October, 2011 and was not disappointed. From the first drumroll and blasts of trumpets, through the parade of about 150 locals and the archery competition, there wasn’t a dull moment. It honors traditional hunting periods when falconers and hunters would go into the woods, bring back their spoils and everyone would feast, noblemen and commoners alike.

Montalcino is split into four quartiere (neighborhoods) each with their own tribal colors: Borghetto (white and red), Pianello (white and blue), Ruga (yellow and blue) and Travaglio (yellow and red). During the celebration two archers from each quartiere compete in a historic archery competition. The losers suffer through insults and jokes of the winning team until they have a chance to redeem themselves the following year. Each quartiere also has a food booth in the main park “Giardini Impero” outside of the Fortezza serving several courses of food; you can pick and choose what you buy from each and eat at the picnic tables provided.  The food is great, inexpensive and best of all, local. Let’s not forget, this is the home of the famed Brunello di Montalcino, a hearty Tuscan red that’s produced with 100% sangiovese grapes. Try the wine at one of the food stands or venture into one of the many tasting rooms located around town and at the Fortezza.

Tasting food made by locals for locals, seeing a medieval re-enactment if you’re a history buff, hearing medieval drumbeats and trumpets if you love music – these are memorable, unique experiences when you visit a local festival in Italy or anywhere else in the world.

Lisa M. Vogele is the author of Food & Folklore: A Year of Italian Festivals, the first in a series of travel reference guides that “help you go local” by incorporating festivals into your travel planning. You can find out more information at Lisa’s Travel Guides.