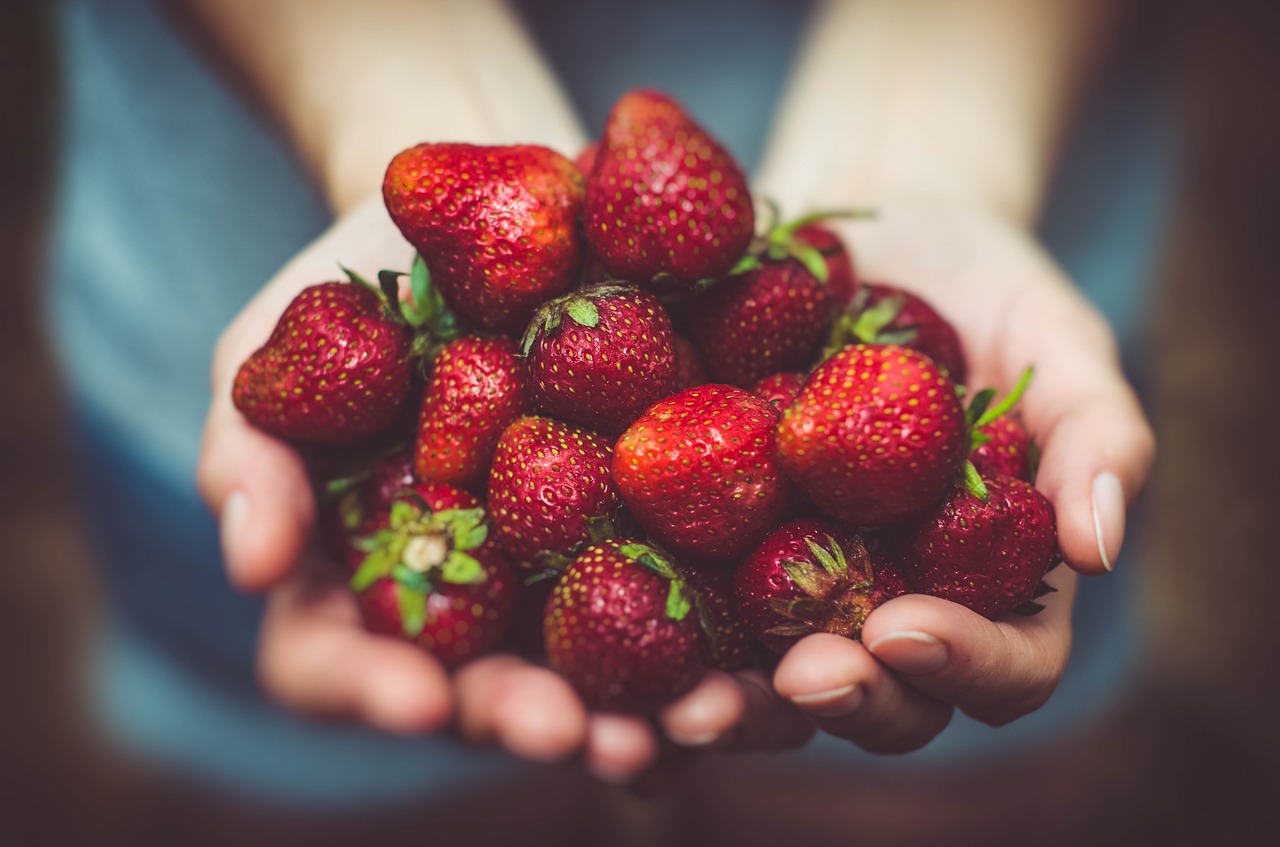 Up until the genocidal removal known as “the Trail of Tears” storytelling was an extremely important part of Cherokee culture. It was so important that stories were broken into a class system. Outsiders married into the tribe or those adopted were only allowed to tell certain stories. Regular Cherokee and tribal heads had their own they could tell. The most important, the ones detailing how something was created — a monster killed or how a spell or plant transformed — were the conjurers. So was magic. It was known as “conjuring” because the Cherokee at the time learned old English, instead of more modern terms. Missionaries and churches made the word evil, but Cherokee still used it. Everyone could do certain magic tricks (sleight of hand, like today’s magicians) and certain spells, rituals. But the conjurers decided who or what could be performed or witnessed. It was similar to the practices that became modern Louisiana Voodoo.

After the forced removal, it became illegal to practice magic, to tell the stories. It went underground, not made public. Our dances and songs disappeared. They split the families apart, taking the children to mission schools, and our language, culture, way of life was nearly gone as well. Some of the elders who survived passed on bits and pieces here and there. My own great great grandmother, Rebecca Ketcher Neugin, was the oldest surviving Cherokee that gave a first hand account of what happened in the Trail of Tears. My grandparents refused to teach any of their kids, grandkids the old ways, even though they followed them in secret. When I became old enough to ask, my grandfather said it was because they were beaten, abused. Some kids even to death if they were caught. Part of the “save the man by killing the Indian” campaign churches wholeheartedly embraced. He told me he never wanted to see me or any of his other family hurt like that. I honestly can’t tell you why I kept wanting to know. It felt like I was missing something from my life. Almost like a violation. As if a limb was taken or a virtue. If I could know just something about who we were, maybe it’d help. My grandfather finally would share. My dad and I would scour bookshops, used and new, and any museum in any state or town we visited. To understand some of the things that were talked about, we studied magic books, videos and visited performers.

Finally, like a puzzle with no idea of the picture or how the pieces worked, we began to see it. Our culture. This museum had our clothing. This one our weapons and tools. This one our stories, another archives of interviews of Cherokee. Any gaps I had, my grandfather would fill in. my grandfather passed away without ever seeing how far we’ve progressed with it. He never got to see us performing or that being seen by the public as conjurers or that the stories, culture and magic is seen as something good, instead of something shameful. He never got to see how this has been nothing but good for us. It not only brought my grandfather and I close together, but it’s brought my father and I closer. I don’t think that would have been possible before. It’s helped me learn my family’s stories and introduced me to people, famous people I never would have been able to talk to. it’s helped my addiction and depression. (Cherokee believed in a pure soul, Magic requires steady hands) so in learning my culture helped me quit cigarettes and alcohol. It’s helped me improve my diet and thinking. Performing made me confident in my culture and in myself.

Every time I learn more about us, or share it with someone, that hole inside me feels smaller. Every time I perform Magic, it’s like we’re saying that we’re still here. They haven’t killed us.
It’s returning what was taken.

In Cherokee belief, mistletoe and violets are flowers signifying love. Mistletoe represents marriage, since it couldn’t live without the oak. Its name in Cherokee is literally “it is married” (oohdah leh). Purple violets represent love, as rich blue colors were the colors of magic and royalty, and the violet appears to be two flowers becoming one. Its name is (dendah skwahtay skeh) “they pull each others heads off” named for a game Cherokee children played with the flower.The dandelion puffball is known as (nahkwehseh oosdeh) “the little star”. As for taking your chances with luck, good or bad, all you would need is a wild rose. In Cherokee lore, the rose’s name is more of a description. It translates to “the rabbit eats it” and is more of a plant to be wary of, than one associated with love. It’s believed to be certain that you would encounter the trickster god of mischief himself when spending time near the rose. Sometimes your day would be humorous or sexually charged, and sometimes disastrous, ending in foul tempers and injury. Depending on rabbit’s mood, it certainly wouldn’t be normal. 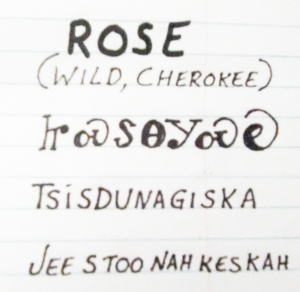 The Origin of Strawberries

When the first people came, they had to learn everything that we take for granted. Emotions like anger, joy, fear, or sorrow: they knew none of this. But the first thing they ever felt was love. The sun looked down on the first people and she loved them as if they were her own. A young man felt this and tried to share it with another. But she would not even look at him, and instead ran away. Mother Sun felt sorry for him, so she caused a patch of the finest ripe huckleberries to spring up along the path in front of the woman, but she passed by without paying attention to them. Farther on, she tried a clump of blackberries, but these also she refused to notice. Other fruits, then some trees suddenly sprang up covered with fruit or berries, all for nothing. Saddened by what she saw, the Sun cried a tear that fell on the path, causing a patch of large ripe strawberries to appear, the first ever known. The woman saw them and stopped to pick some. The Sun’s emotions from her tears passed through to the girl who felt it for the first time ever. Looking up, she finally saw the young man’s eyes and she knew the feeling was love. He sat down with her and as they both ate the strawberries, the Sun smiled and they felt her emotions and fell in love for each other. They gathered more strawberries to take back, bringing love to the first people. 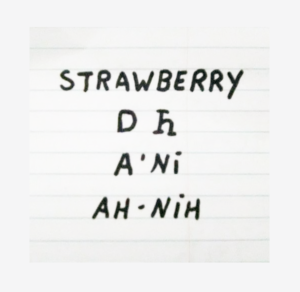 Lost City Magic: Bobby and Jeramy Neugin are father & son Native American magicians, published magic creators, prop designers, artists, writers, magic consultants, storytellers, fourth and fifth generation Native Traditions Keepers and cultural preservationists, sixth and seventh generation Cherokee blacksmiths, and known as the last conjurers of the Cherokee Nation. Using magic to tell about our culture, ghost stories of the old West and ancient myth inspired by the fireside stories grandma and grandpa would tell to keep us up at night. Leading to the creation of a father and son magic show like no other, ghosts, artifacts of another realm and monsters come alive and are showcased in street-magic-style performances, hypnotism and mind reading. Visit their website, or follow them on Twitter.