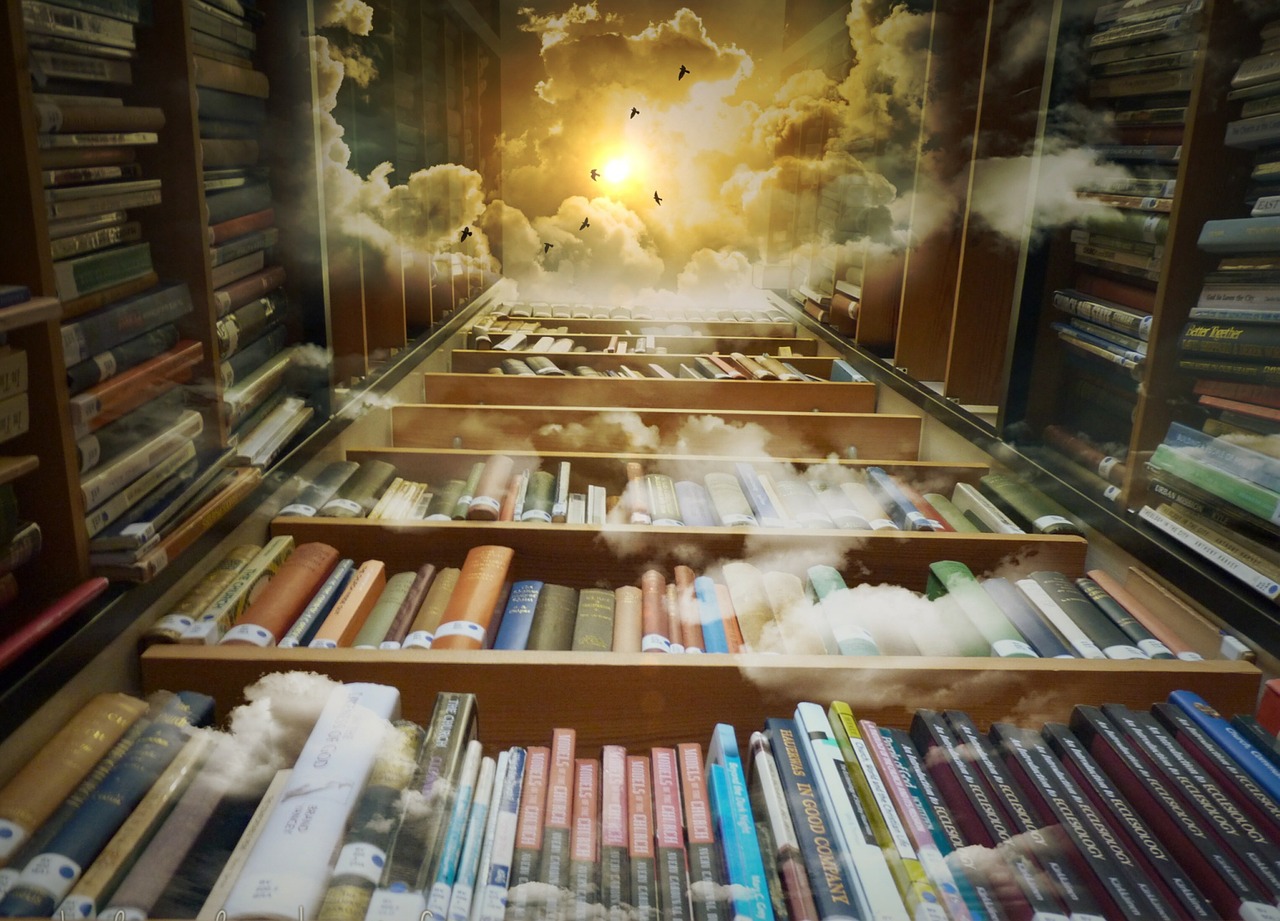 Can folk and fairy-tale narratives change the world? A crowdfunded campaign led by Ramona Parenzan and Silvia Bertussi inspires us to believe in the creative power of storytelling. Ramona is an Italian writer for children, storyteller and teacher of Italian for immigrants who embarked in a collective project that promotes inclusivity, interculturalism and multilingualism in Italy, together with Silvia, a development coordinator and expert in international cooperation.

In recent years, in conjunction with the steadfast advance of far-right nationalistic ideologies, the so-called “refugee crisis” has been repeatedly distorted through an outpouring of negative narratives surrounding migrants and migration, which hit the headlines on a daily basis across various media channels worldwide. Yet, there are many contemporary intercultural projects that aim to counterbalance this hostile representation, and can potentially change the situation for the better and influence others to act with an increased intercultural awareness.

This is the case of L’Alfabetiere Interculturale in Italy, a project that gives not only a voice, but also the “right to imagination”, back to marginalised young migrants from all cultural backgrounds. This, and several other cultural manifestations currently ongoing in Italy and in other parts of the world, are part of an intricate and yet underrepresented web of positive narratives that aim to readdress the inequity in the current prevailing portrayal of migration issues.

The Alfabetiere is an anthology of tales told in first person by fairy-tale and mythological characters coming from all over the world. Each story and character corresponds to a letter of the alphabet, and it can be used in intercultural workshops to teach languages and cultures through a multicultural perspective. At the end of the Alfabetiere, there is an appendix section in which some of the stories, originally written in Italian, are translated into different regional dialects and modern languages. As a result, this is a truly intercultural collection of tales, not only in terms of content but also in terms of language. This linguistic hybridism reflects Ramona and Silvia’s objective to represent the marvellous cultural richness that surrounds us – which is often unjustly demonised. Ramona is used to working with migrant children and refugees and adopts a “narrative format” in her classes, by encouraging young learners to explore their creativity through the telling and writing of fairy tales and folktales. Through this project, she is organising workshops in various towns in Italy, with the hope of publishing the Alfabetiere soon and making it available on a larger scale.

In this collection, each tale is accompanied by imaginative works of art created by twelve illustrators: Caterina Bianchetti, Ottavia Bruno, Estella Guerrera, Julia Kamendo, Giuliana Marigliano, Marija Markovic, Erica Minuz, Paola Pezzotta, Enrica Pizzicori, Bice Scalori, Maria Spinelli, Tae Hee Pierrottet. These women inventively reinterpreted the folktales, legends and myths that populate this anthology, enriching the narratives with striking visual elements. The illustrations are also available in a card format, which makes them easily adaptable in a learning context. The assortment of colours and artistic styles reflects the variety of narratives featured in the book. This vivid interaction between words and pictures can facilitate participatory oral storytelling activities, and encourages learners to creatively retell the stories through a multiplicity of art forms. Such a cultural, artistic and linguistic blend can act as a springboard to stimulate students’ performance in multicultural schools.

Between the pages of the Alfabetiere, we can find anecdotes of folk wisdom, life stories, retellings of renowned folk and fairy tales that contain reflections on how to face the difficulties that life presents to us, in a melting pot of cultural values. For instance, the countless references to food can be a fascinating starting point for an exploration of culinary uses and customs in different cultures, as well as a way to introduce young learners to issues such as food production in the globalized world and phenomena that have historically influenced migratory flows, such as famine and drought. In the retelling of “Heina e il Ghul”, the main character prepares the khobz, the typical Moroccan bread, whereas in the Ukrainian tale “Kolobok” the protagonist is a talking donut: these are just a few exceptional hints to delve into the story of bread, its use and symbolism in different cultural traditions. Similarly, the splendid story of “Gerzheta” makes allusion to the invaluable preciousness of water, while the Chinese tale “Liang” poetically expresses a praise of trees and birds, insects and forests, therefore fostering very timely ecological values, a deep respect for nature and a reflection on the political management of natural heritage. A progressive subtext emerges also from other retellings, such as “Pacala”, an ironic tale on the relationship between man and woman in a family context.

In this kaleidoscopic cauldron of cultures, sounds, images and words, we are reminded as readers and listeners of the importance of endorsing positive values in a society that is becoming worryingly monochromatic. As these examples show, the Alfabetiere features plenty of suggestions to trigger constructive debates on identity, ethnicity and gender. As Jack Zipes put it in his reflection on the pedagogical function of storytelling, the encounter with storytelling traditions in a learning context allows for the classroom to be “transformed into a laboratory of life through the conversations and stories that the children and teachers tell”[1], thus enhancing students’ cultural and emotional growth and the healthy “trespassing” of rigid classroom dynamics.

The intertextual crossings that recur in these tales reflect the basic quality of folk and fairy tales: their extraordinary richness corresponds to the variety of worldviews that can be found across the planet, while their resemblances remind us that we are not so dissimilar from each other, after all. As the moral of the Argentinian tale “Wakkul” tells, “i saperi più belli sono quelli che non temono di innestarsi su altri saperi per far nascere nuovi germogli“, that is, “The most beautiful knowledge is that which does not fear to graft onto other knowledge to give birth to new sprouts”.[2] The Alfabetiere Interculturale is not an isolated case: there are several other initiatives that are animated by similar ideals, in Italy and elsewhere. The most recent project by Ramona Parenzan is to launch a publishing house under the name of Serpelena Edizioni, which aims to promote interculturalism and artistic collaborations through the publication of picture books and the organisation of interactive workshops in Italy, as its very own name and logo – half a snake, half a whale – suggest.

These collective endeavours forcefully remind us of the importance of creative storytelling as an instrument to concretely attain inclusivity and social justice. As emphasised in a recent issue of the Journal of American Folklore, nowadays more than ever it is necessary “to substantiate the persistence of and insistence by activists, scholars, and community members on counter-hegemonic and decolonial values or beliefs”[3].

In the hands of pedagogical activists and storytellers, imaginative traditional narratives such as those contained in the Alfabetiere Interculturale can turn into empowering instruments for the self-assertion of disadvantaged children and for the promotion of mutual intercultural growth, in a world where voicing cultural differences is becoming increasingly more difficult.

Spread the word about this intercultural project with the hashtag #AlfabetiereInterculturale and support it here.

Elena Emma Sottilotta is a PhD candidate in the Faculty of Modern and Medieval Languages at the University of Cambridge, funded by the Arts and Humanities Research Council scholarship and the Vice-Chancellor’s Award. Her research interests hinge on folklore and fairy-tale studies, comparative literature and creative approaches to language learning. A Fulbright alumna, she has been working as an English and Italian language teacher and as a linguistic facilitator for immigrants. She is a regional representative for SolidariTee, a student-led project that raises awareness about the refugee crisis, and works as a PhD tutor for The Brilliant Club, a UK-based charity which aims to widen access to highly selective universities for underrepresented young students.