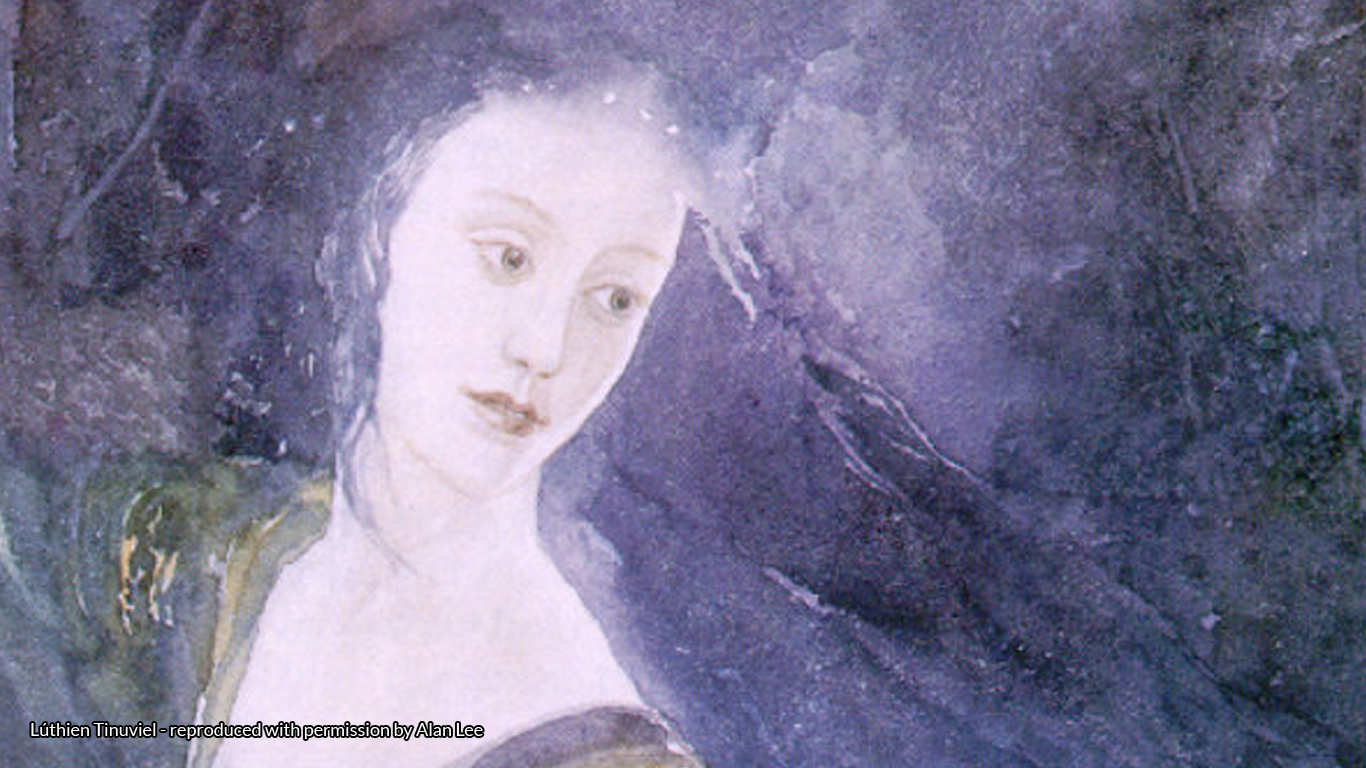 At the beginning of The Lord of the Rings, Gandalf tells the incredulous Frodo that Gollum was, indeed, “of hobbit-kind” (Tolkien, 2004, p. 52), arguing that both Gollum and Bilbo shared common lore “in the background of their minds and memories” (ibid., p. 54). Gandalf adds: “Think of the riddles they both knew, for one thing” (ibid.). Riddles, of course, are one of numerous forms of verbal folklore, alongside folktales, folk songs, proverbs, and rhymes. What seems to connect Gollum and Bilbo, and make them members of the same group of people in Middle-earth, is shared folklore. Folklore is central in Tolkien’s The Lord of the Rings: not only “external” folklore, i.e. the folklore of the “real” world Tolkien knew and creatively reshaped in his novel, but also “internal” folklore, i.e. the folklore generated in Middle-earth as a “secondary” world, inhabited by fictional cultures.

Starting from “external” folklore: If you are familiar with Tolkien’s work, you will perhaps know that his Middle-earth legendarium creatively incorporates, reshapes, and adapts Northern European myths, legends and folktales. Elves, dwarves, trolls, and dragons populate Old Norse and Old English mythological sources. The most tragic and memorable hero of the First Age of Middle-earth, Túrin Turambar, combines elements of the larger-than-life deeds (and hubris!) of the Old Norse Sigurd, the Finnish Kullervo, and the Greek Oedipus. The Lord of the Rings also offers us the international folktale motif of the fairy mistress, the fairy woman who weds a mortal man: the tale of Aragorn and Arwen. Their story, which is told more fully in the Appendices of The Lord of the Rings, is already prefigured by the tale of Beren and Lúthien in The Silmarillion, a story with a very personal significance for Tolkien.

But, at the same time, the sort of fantasy Tolkien writes is clear: “high” or “immersive” fantasy, in which readers find themselves landed in an invented world as soon as they open the first page. This “secondary world,” as Tolkien called it, has its own rules, structures, and “inner consistency of reality” (Tolkien, 2008, p. 59). Middle-early has a feigned history (the Three Ages), a sense of place and landscape (evidenced by different maps), numerous invented languages, and imaginary nature and cultures, together with their own world views. Naturally, as a sub-created world, Middle-earth has its own ”internal” folklore, or, more accurately, many different imaginary folkloric traditions to accompany its different peoples and express their beliefs, values, worries, and anxieties.

In our world (the “primary” world, in Tolkien’s terminology), we divide folklore into narrative, material, and customary. These categories are also found in Middle-earth. Verbal folklore is usually sub-divided into myth (sacred stories about gods and the beginning of the world), legend (tales rooted in history, featuring extraordinary, heroic human beings), and folktale (stories told for amusement, not considered true or sacred).

Similarly, in Middle-earth the Elves preserve the cosmogonic myth, the Ainulindalë, in which the world is created by the Valar (the Powers) in a musical motif set by Eru Ilúvatar. The story is told fully in The Silmarillion, but in Galadriel’s lament in The Lord of the Rings we hear of “the Kindler, Varda, the Queen of the Stars” (Tolkien, 2004, p. 378), the deity who created the stars in the heavens above Middle-earth. Also, when Frodo and Sam are preparing to walk into the darkness of the land of Mordor, Sam takes heart by thinking of the legendary heroes of the past: “Beren now, he never thought he was going to get that Silmaril from the Iron Crown in Thangorodrim, and yet he did, and that was a worse place and a blacker danger than ours” (ibid., p. 712). As for folktales, there are many of those in Middle-earth, often addressed to children and – paradoxically – many of them come true. The Rohirrim think of hobbits as “only a little people in old songs and children’s tales out of the North” (ibid., p. 434) before they see them in the flesh, while Sam tells us that “we have our tales too” (ibid., p. 647), and recounts stories of men riding on oliphaunts big as houses, only to witness them in action in Ithilien. Middle-earth is a place where creatures of folklore prove to be real!

There is more verbal folklore in Middle-earth. Songs, ballads, proverbs, and – of course – riddles, like those that both Bilbo and Gollum know. But there is also material folklore, tangible things that can be seen eaten, lived in, and touched, made from permanent things, such as the folk-architecture of the hobbit-holes, or the Elvish “flets” on trees, to the “silken-grey rope made by the folk of Lórien” (ibid., p. 608) and the toys handmade by Dwarves handed to hobbit-children as presents in Bilbo’s long-expected party. There is also customary folklore, associated with repeated, patterned behaviour. Faramir and his men “turned and faced west in a moment of silence” (ibid., p. 676) before their meal. As Faramir explained to Frodo: “So we always do… we look towards Númenor that was, and beyond to Elvenhome that is, and to that which is beyond Elvenhome and will ever be. Have you no such custom at meat?” (ibid.) Frodo then offers the Shire’s own, rather less ritualistic custom associated with food: “No,’ said Frodo… But if we are guests, we bow to our host, and after we have eaten we rise and thank him’” (ibid.).

The points at which all of these folkloric categories come together, interweave and overlap just as they do in the primary world, are celebrations and ceremonies. At Aragorn’s coronation, there is music, specific words to be uttered, and a ritual involving the king kneeling to receive the crown and then reaching the Citadel in a procession. The custom of the father giving the crown to the new King cannot be observed, but Frodo is honoured with carrying the crown and Gandalf with setting it upon Aragorn’s head. Similarly, Bilbo’s elaborate birthday party is preceded by social rituals (hundreds of invitations and responses), and includes traditional games and dances, as well as the hobbits’ favourite custom: giving away presents at one’s birthday, rather than receiving them.

Middle-earth, as we see it in The Lord of the Rings, is a fully realized, believable world. It may be imbued with myths and legends of Europe’s medieval past, but what gives it an unprecedented degree of verisimilitude is its sophisticated world building. And – among all of its secondary world elements – folklore is central and makes Middle-earth ever more rich, credible, and memorable.

Dr Dimitra Fimi is Senior Lecturer in English at Cardiff Metropolitan University. Her research focuses on J.R.R. Tolkien and fantasy literature. Her first book, Tolkien, Race and Cultural History: From Fairies to Hobbits (Palgrave Macmillan, 2008) won the Mythopoeic Scholarship award in Inklings Studies and was also shortlisted for the Katharine Briggs Folklore Award. She recently co-edited (with Andrew Higgins) the first critical edition of Tolkien’s essay “A Secret Vice,” in which he theorizes language invention as part of coherent worldbuilding (A Secret Vice: Tolkien on Invented Languages, HarperCollins, 2016). Her latest book, Celtic Myth in Contemporary Children’s Fantasy: Idealization, Identity, Ideology, has just been published as part of Palgrave Macmillan’s Critical Approaches to Children's Literature series. Based on adaptation theory, reception studies, as well as archival research and interviews with authors, the book focuses on the construction of “Celtic” identities in contemporary fantasy novels for younger readers, both in the British Isles and in their Diasporas. Dimitra lectures on fantasy, science fiction, children's literature and medievalism. For more information see her website or follow her on Twitter.