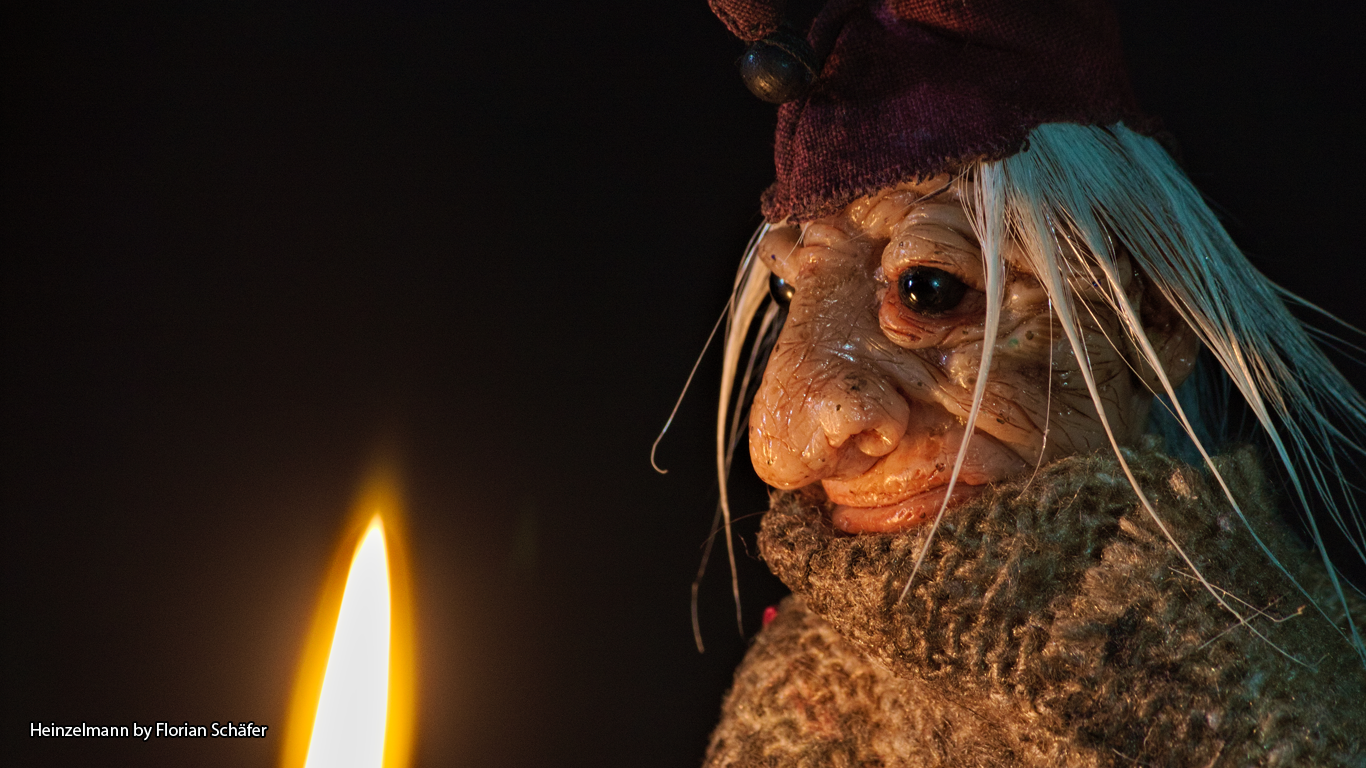 German artist Florian Schäfer is creating life-like art dolls and figurines of strange but mostly unknown creatures to fight against their cultural oblivion. Most of you have heard of giant trolls from Scandinavia, noble Shide from England, and sweet faeries from France, but besides these well-known species of supernatural beings, most people have no clue of the giant mythology of household and natural spirits thought the world. Every country, even every region, has its own old legends and stories of those dangerous beasts and spiritual helpers. With a lack of interest in folklore and regional history, these entities have already started to vanish from the memory of mankind. But there is hope for these nearly forgotten creatures: The german artist Florian Schäfer, also known as the “fairy collector”, is creating life-like art dolls and figurines of old and ancient creatures to fight against “oblivion”.

On a warm spring night in 2017, an adventurous journey started. Inspired by an old tale of the “boggart”, an English household spirit, Florian Schäfer created his first art doll using polymer clay. A tiny creature with long ears and greedy looking eyes saw the light of the day. It was the beginning of something greater: The attempt to bring old stories and cultural history back into the modern times. “Forgotten Creatures” was born that night; an artistic project dedicated to Edutainment and a new way to present our cultural heritage to a younger audience.

Originating from English folklore and believed to be a malevolent household spirit, the household boggart follows its human “family” wherever they flee. Being a thoroughly larcenous creature, in its presence things will start to disappear, milk will sour, and dogs go lame. Some people even report that they crawl into beds during the night and put their clammy hands on human faces.

“English folklore is widely known and the boggart just one example of its amazing creatures. But I wanted to dig deeper, ” says Florian. And so he did. But not only sculpting and creating art dolls. Florian, today also known as the “fairy collector”, spent days visiting old libraries, collections, and antiquaries for sources and descriptions of fairies, goblins, and all related otherworldly creatures. “It’s not just doing some modelling. With my creative work, I try to retell old stories, the things people really believed many years ago and shared in the warmth of the oven. What did they imagine these creatures to look like?”

“Once upon a time in Cologne,
how comfortable it was with the Heinzelmen!
For if you were lazy, … you just lay down
on your bench and took care of yourself.
Then at night, before one knew it, came
the little men and swarmed
and clattered and rattled
and plucked
and picked
and jumped and trotted
and cleaned and scoured –
and even before a lazy bum awoke,
all his daily work was … already done! …”
– August Kopisch (1836) –

Heinzelmännchen helped the citizens of Cologne for many years, until a tailor’s wife got curious to see these gnomes. She scattered peas onto the floor of the workshop to make the gnomes slip and fall. When it finally happened, the gnomes got angry. They disappeared and never returned.

Within month, Florian’s projects grew bigger and the first people wanted to buy the fantastical creations. So “Forgotten Creatures” became part of “Zeitspruenge” (english “Timejumps”), a German non-profit association dedicated to new ways of edutainment and science communication. In his myth-atelier Florian is creating all of the strange critters and beautiful creatures for clients worldwide, from Sweden to the USA. “Every few weeks, we get an order. The money goes directly into the non-profit association and is used for educational and scientific projects,” says Florian, who hosted his first open art display between October 2018 and December 2019 at the city library of Erfurt, Germany.

Kobolds are typical representatives of German folklore. The description of their appearance is quite diverse, but most of the time they are depicted as small, human-like men (rarely women). Remarkable is the colour of their clothes: Typically they wear grey, black or red clothes. Cultural scientists associate red with fire. It is assumed that kobolds originated from early house and stove spirits. In most traditions, the stove is an important abode of these creatures. Written records from the middle ages and early modern period report these supernatural beings mainly from nobilities and monasteries. Very likely, kobolds were also popular in rural landscapes and between farmers and peasants, but there is little written evidence on that.

Currently, Florian is working on his second display: A small travelling exhibition on the history of household spirits. Six of his creations will travel through German museums with a load of additional information. “We will start this exhibition at a historical location: the Grimm-House in Steinau, Germany. It’s not only a Grimm-related museum, but the household where Jacob and Wilhelm Grimm spent their early childhood and possibly came into contact with their first fairy tales,” explains Florian, both excited and proud. The exhibition will start in 2020 and there is still a lot do to.

Creating all the (nearly) forgotten creatures takes much time and energy. Florian Schäfer is doing all this still on a small scale in his spare time, beside his daily job as a zoo designer. Talking about his extraordinary sideline, however, he starts smiling: “It’s my attempt to combine art and cultural science. Fighting with polymer clay and acrylic paint against oblivion – that’s my mission in a nutshell.”

Born in 1991, Florian is a biologist by education with a strong interest in folklore and art. He works as a zoo designer, but after closing time he turns into “the fairy collector” and creates art dolls of long forgotten and ancient creatures based on old texts and ancestral descriptions. Check out his Facebook page, YouTube channel and Etsy shop.