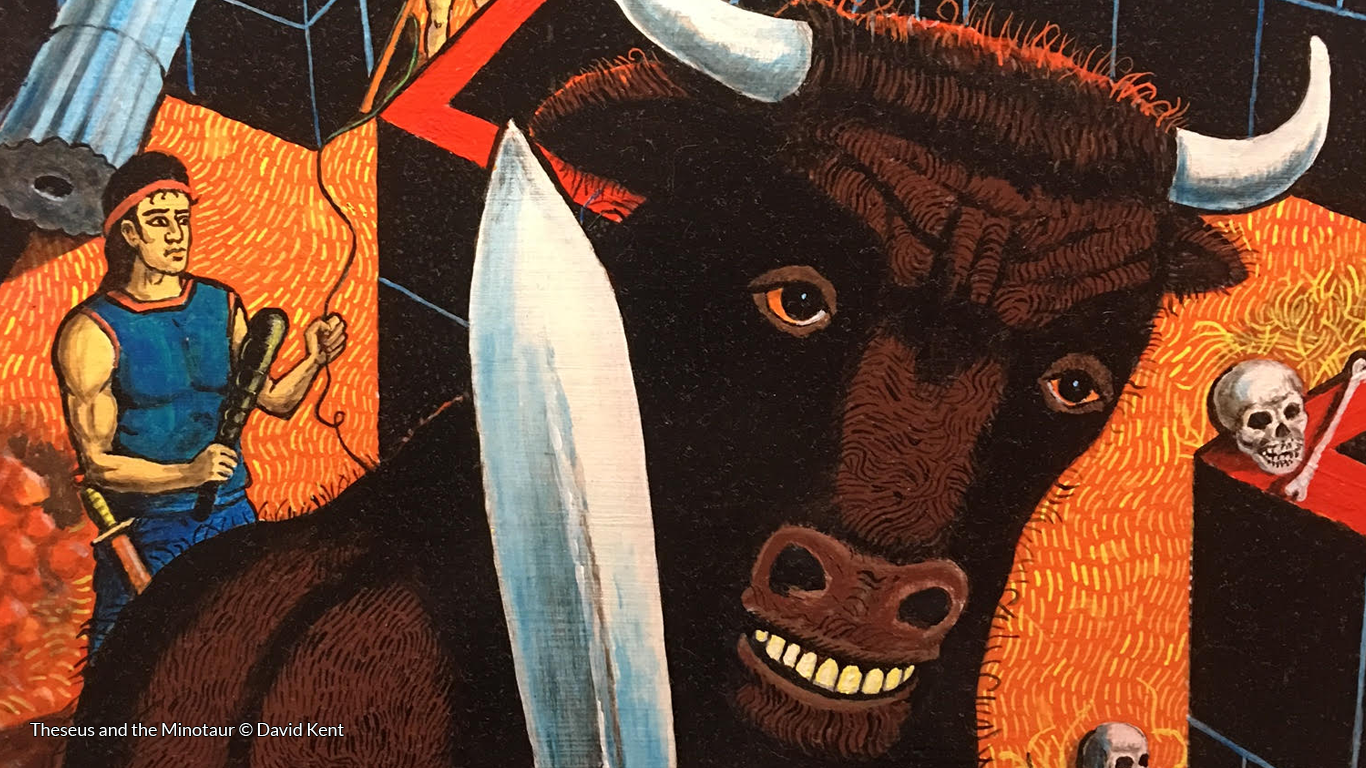 David Kent is a British artist whose paintings depict a broad spectrum of subjects, yet mythology has always captured his attention. From this have sprung a wonderful series of paintings: the Mythology Collection. Here we present David’s artwork, with a focus on three of his pieces and the stories behind them.

Theseus and the Minotaur

In many ancient mythologies strange creatures often occur that are part human part animal. The ancient civilizations in the area around the Aegean Sea were often at war with each other. With a cult of bull worship, the great palace that existed on Crete, and the sort of rumours and tales that often accompany wars (brought back by soldiers or traders), it is easy to see how the legend of the Minotaur – half man, half bull – living in a Labyrinth and eating human flesh, develop. 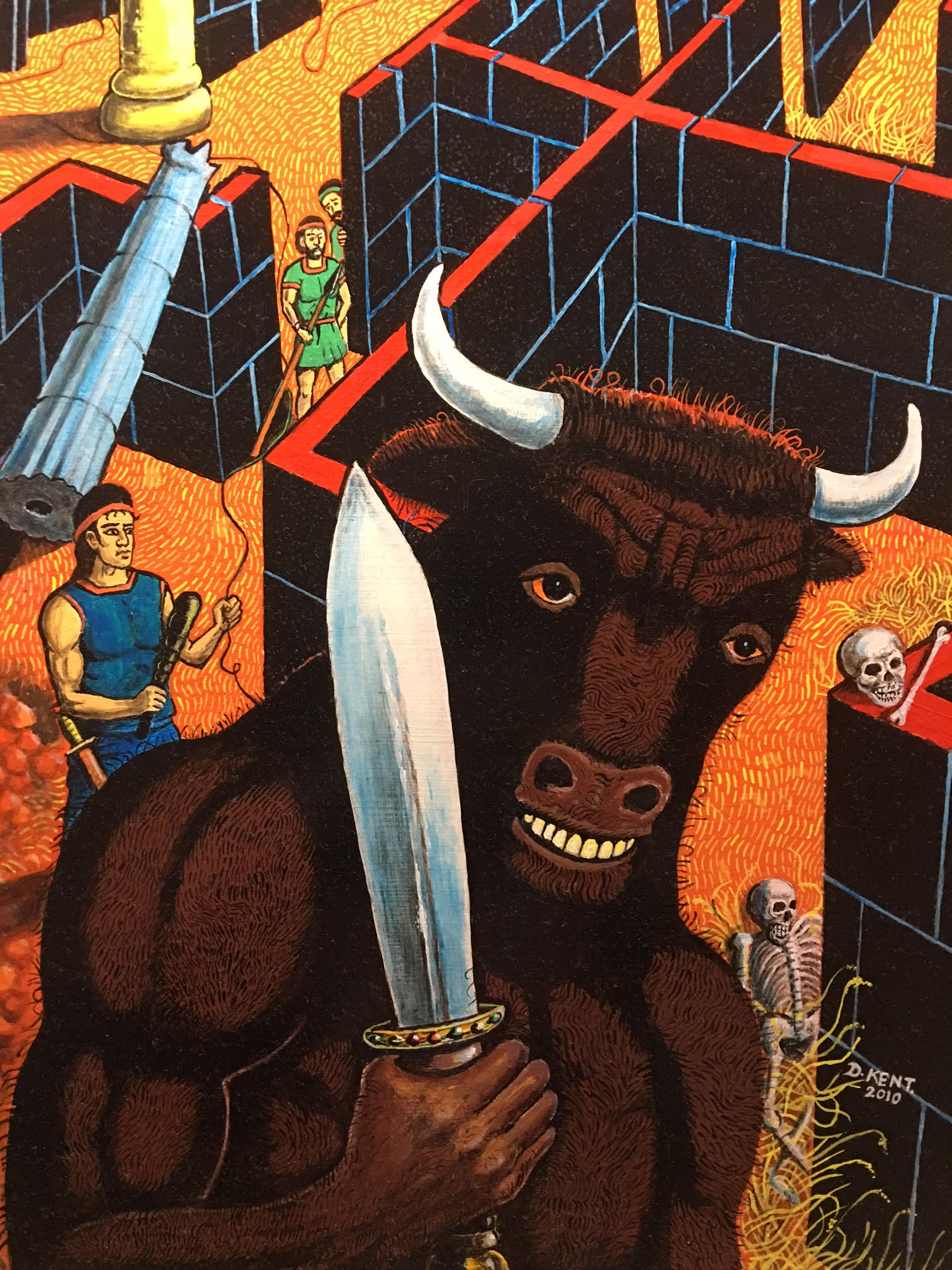 The Last of the Leonidas Warriors (also known as ‘300’, based on the film with Gerard Butler).

The true story of the battle of Thermopylae, where according to scholars, the vastly outnumbered 300 held off an army of 100,000 – 150,000 for several days, and showed legionary bravery. 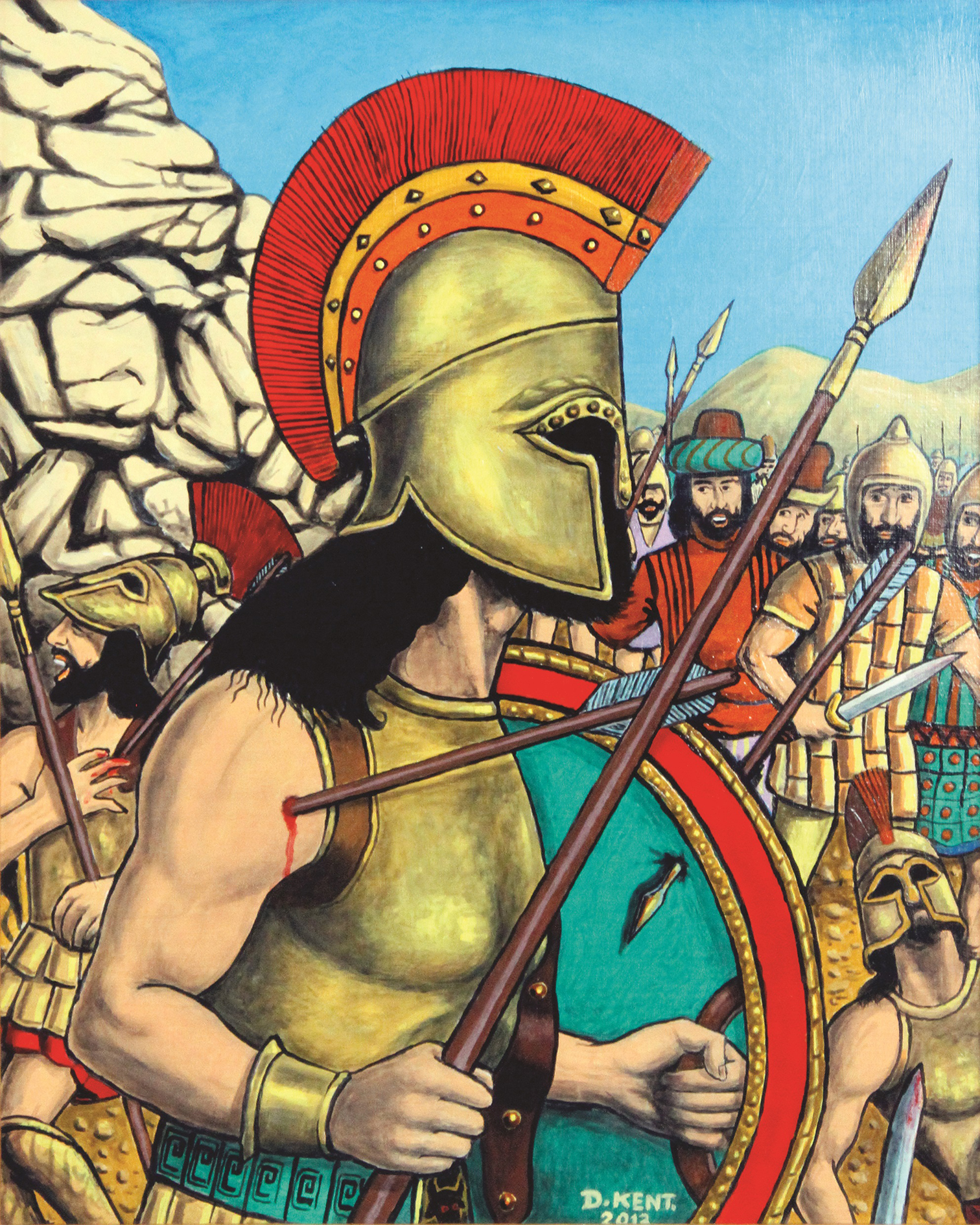 Scylla is well known to live on one side of a river, opposite the infamous Charybdis, yet her story is a tragic one.  In Servius’ commentary on the Aeneid he tell us of her origins. When Poseidon claimed the beautiful naiad Scylla, Amphitrite became incredibly jealous and meted out her wrath. She knew of the spring where Scylla bathed and, poisoning its water, she turned Scylla into a montster. 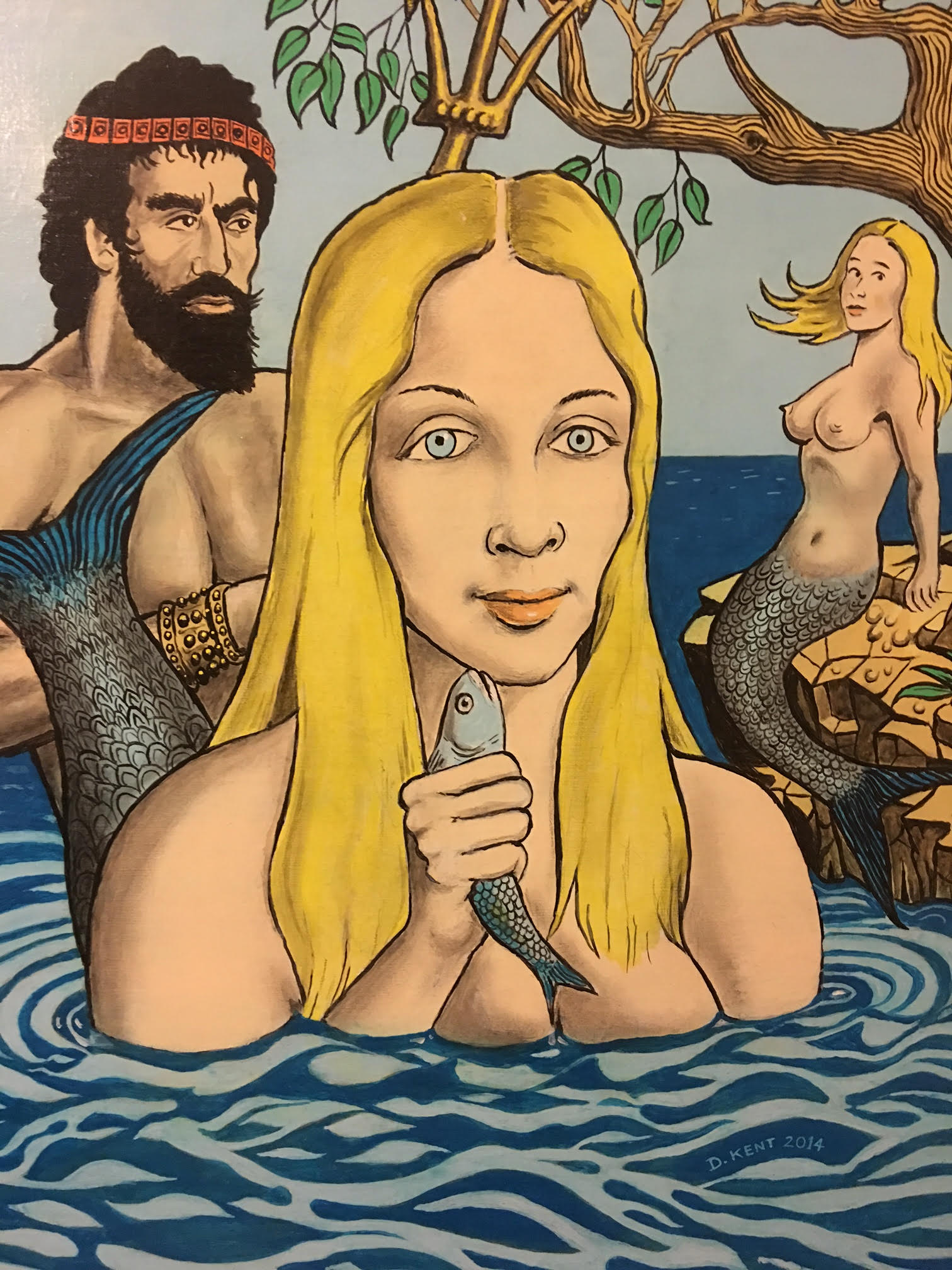 David’s mythology gallery depicts a range of stories from classical mythology. More of his work can be seen on his website.

David’s Spanish brother-in-law, José Carrión, also known as “El Pintor de la Noche” (“The Painter of the Night”) encouraged him to paint, instead of just drawing in coloured inks. Young José became a very well known artist; he had many exhibitions of his work and had a successful career in Spain, France and the USA up until he was sadly killed in a motorcycle accident in 1990. José and his wife and children were good friends of Salvador Dali. Over the years José offered David a lot of inspiration and encouragement. David studied various schools of art and was inspired by his favourite artists: Honoré Daumier, Henri de Toulouse-Lautrec, Salvador Dali, René Magritte, Amedeo Modigliani, Pierre-Auguste Renoir, Giorgio de Chirico and Max Beckmann. David Kent is now in his 80s and continues to paint with the same zeal that he had as a schoolboy. Unlike other artists he does not like to use oil paints and canvas, he instead prefers to use acrylics and board. He enjoys varying his subjects, from surrealism, expressionism, mythology, satire, homage (or tributes), history and literature – a very broad spectrum. He and his wife live happily in leafy Surrey. Visit www.kentgalleries.com.