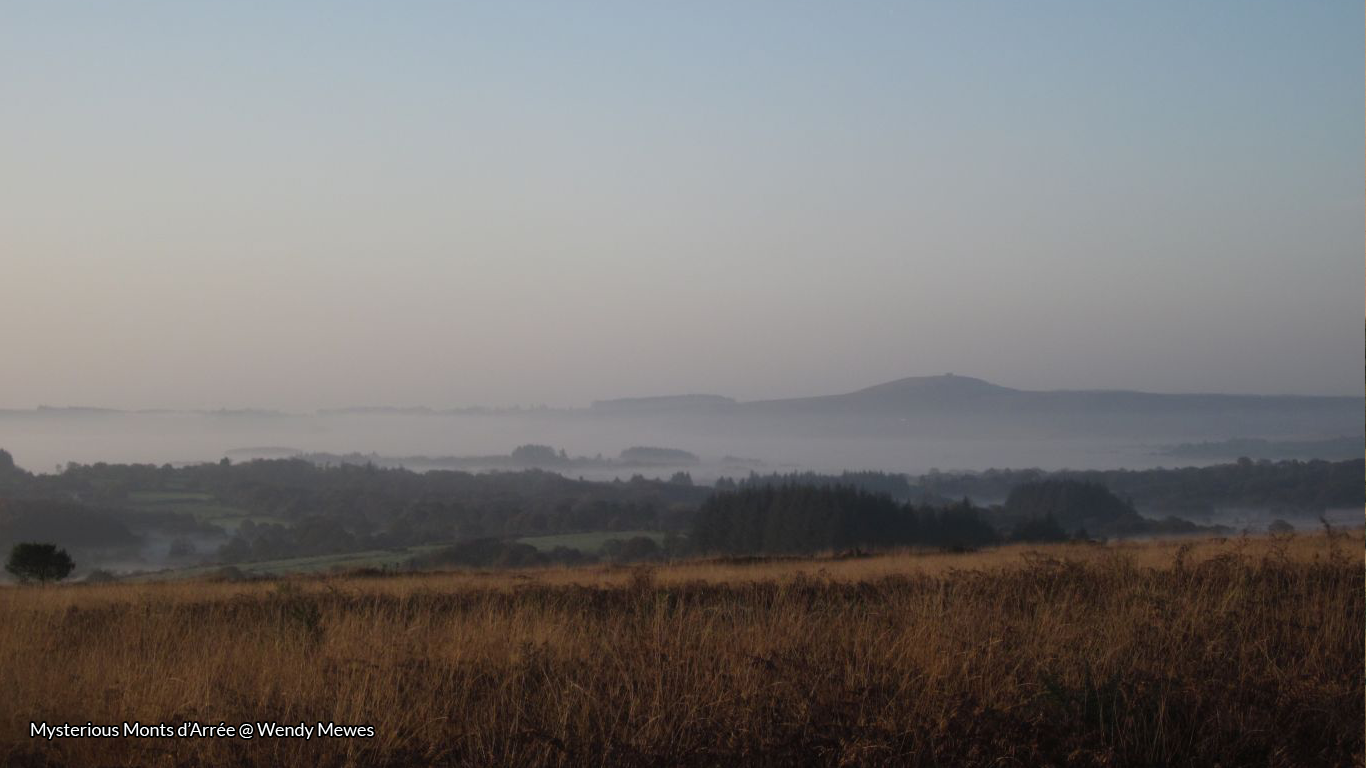 Breton Folklore: Death, the Devil and Other Good Stories

The depth and resonance of Breton folklore reflects its strong oral tradition, with storytelling still a prominent form of public entertainment today. This is a society which highly values its past. Poetry and song have always been natural means of communication in everyday life, reflecting the popular nature of Breton culture. Western Brittany is the main Breton-speaking area, with Gallo, derived from Latin, once spoken widely by people in the east of the region.

The main themes of Breton folklore derive from common motifs, often shared with its Celtic cousins in Cornwall and Wales, as well as emanating from distinctive landscape features – the vast coastline (Armor) and the rocky, forested interior (Argoat). Giants and little people, witches and dragons all play their part, whilst Death (in the form of Ankou, the Grim Reaper) and the Devil (ar potr rouz, the Red Man) figure largely as important personages in their own right. Certain strands of the Arthurian legends have their origin in Brittany and its epithet ‘land of a thousand saints’ is the source of many a story… 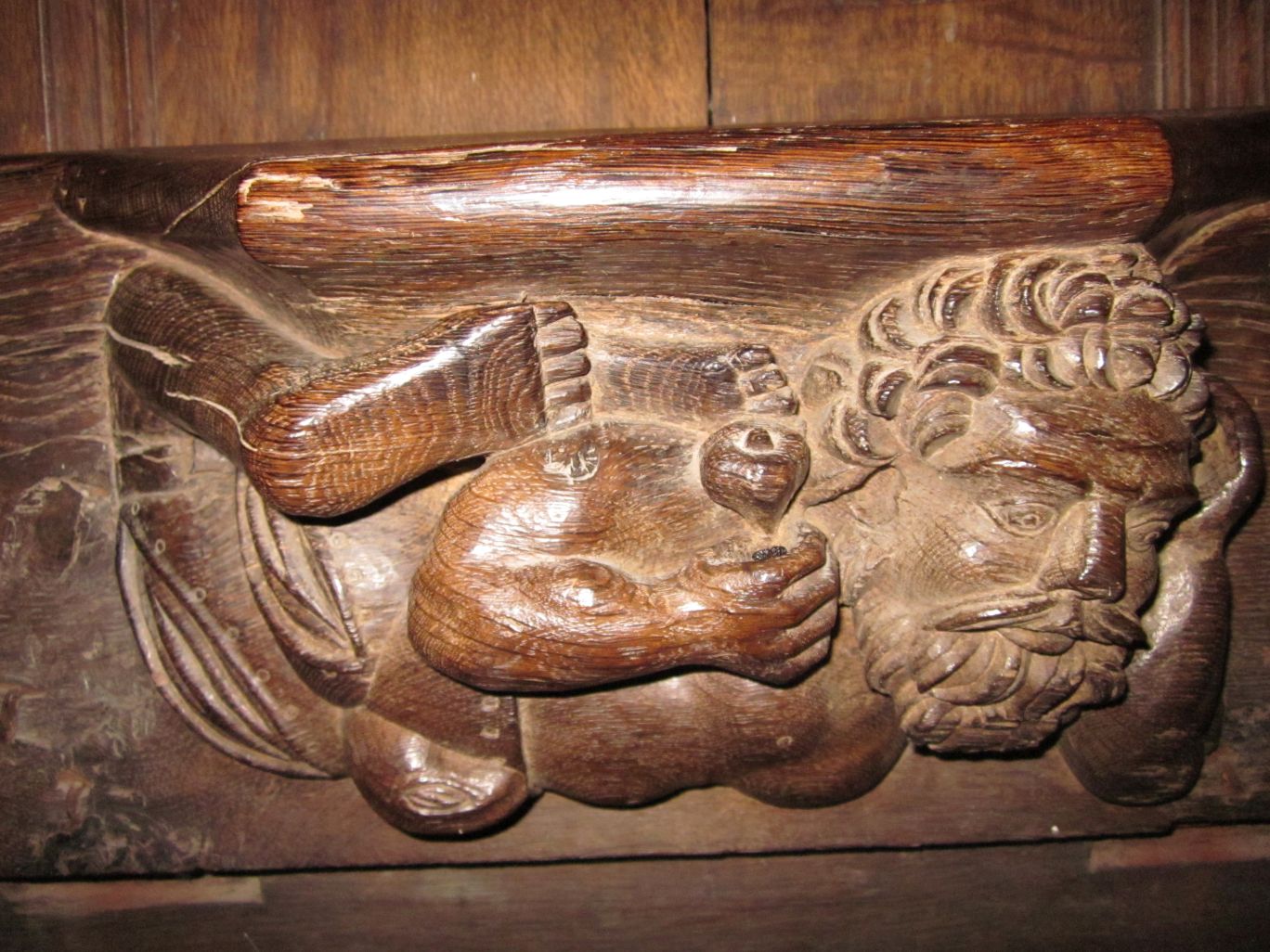 Giants are part of creation legends, not only believed to be the builders of Neolithic structures, but also the source of Brittany’s famous Chaos formations. Here, enormous granite boulders have been tumbled over aeons of time down river valleys. At Huelgoat, the world-famous Chaos is said to be the result of two groups of giants hurling stones at each other (and falling short…). There are also lakes and rivers started by peeing giants, and hills that are actually their burial mounds. At St-Herbot, the local giant merits a carving in the fine church.

Brittany is well known for its maritime profile and tradition of sailing and fishing. The seminal ‘Atlantis’ legend indicates the semi-mystical, transformative powers of the sea. Gradlon, king of Quimper, had a daughter Dahut, who had persuaded her doting father to build her a city named Ys in the Bay of Douarnenez. This was cut off at high tide, but was secure in its stout water defences, and became, according to gossip, a place of debauchery and depravity of all kinds. Saint Guenolé urged the king to take action, but he refused to think ill of his daughter. The two men went out to the city and were forced by the tide to stay the night. Dahut’s latest lover, a masked figure clad all in red, asked her for the keys of the city and she stole them from around her father’s neck as he slept. The gates were opened and water began to pour in, drowning the inhabitants. Gradlon and St Guenolé escaped on horseback, outrunning the tide. Dahut begged to her father to save her and he pulled her up onto his horse but they could not get away fast enough. The saint counselled the king to throw her into the waves, which he did reluctantly. But Dahut was not drowned. Borne away by the waves, she later emerged as the sea spirit Ahès. 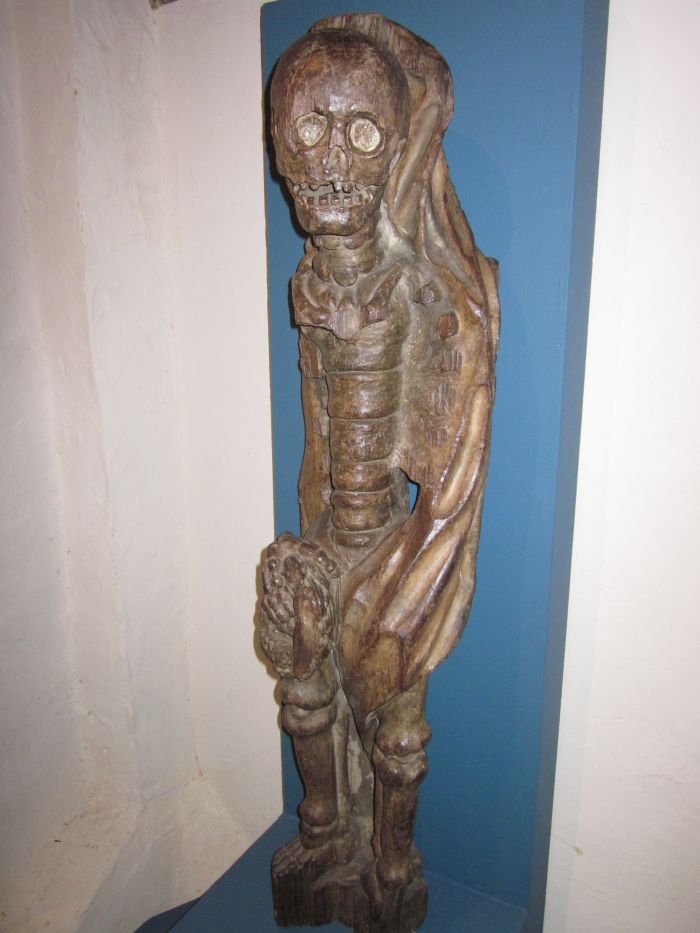 There is a preoccupation with Death in many Breton tales. The Bag Noz (Night boat) carried the souls of the dead on their last journey across the water, past the Ile de Sein to the floating Blessed Isles way out in the undefined west. The helmsman was Ankou, the Grim Reaper, or the last person to be drowned in the area. Some sailors approaching this dark vessel saw it disappear or jump to a spot on the far horizon. The unshriven had to drift endlessly on the sea until someone living could be persuaded to organise their last rites back on land.

The island of Ouessant is home to the Morganed and Morganezed, mer-people who live in the sea but sport on the shore and have dealing with humans, for good or ill. Beautiful local girl Mona Kerbili was snatched by an old Morgan and taken to his underwater kingdom. She fell in love with the king’s son and lived happily with him until her longing for her home became overwhelming. Her husband allowed her to visit but she lost all memory when reunited with her delighted parents and stayed on the land. One night, however, the howling winds seemed to carry her husband’s beloved voice into Mona’s little room, and she ran out into the night, never to be seen again. 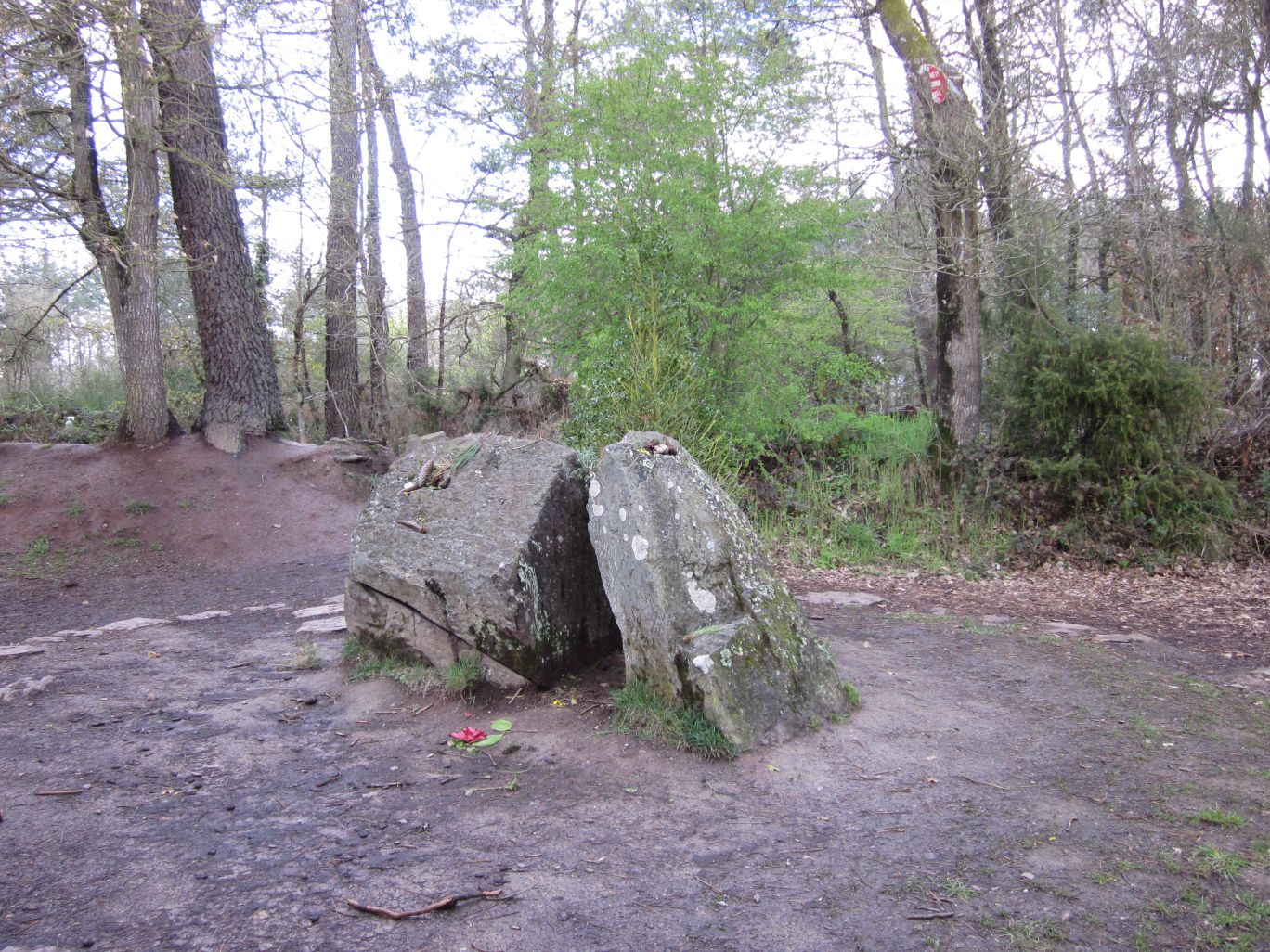 Dozens of types of little people feature in Breton folklore – from essentially harmless and often helpful lutins, who are mainly seen in a domestic context, to churlish, potentially dangerous korrigans. The latter are strongly associated with stone and earth, inhabiting megalithic graves and tunnelling underground where treasure lies. At night they like to dance under the moonlight in lonely places, and any hapless traveller who passes will be invited to join the circle. He may well find himself literally danced to death to preserve the privacy of these tricky gnomes.

Korrigan stories are widespread in the Monts d’Arrée. This area of Finistère has the highest hills in Brittany, and is a mixture of moor, marsh, and rocky crags which has many dark tales emanating from the bleak, inhospitable nature of the landscape. A black dog is the harbinger of death, Ankou the Grim Reaper in his clanking cart stalks the rough trails at night, and nocturnal washerwomen rinse their laundry in boggy pools. If a passer-by responds to their summons, he will be asked to help wring out the sheets. He then becomes entangled himself, his bones crushed inside a readymade shroud.

The Arthurian tradition is widely evident, although the much-vaunted Brocéliande, near Rennes, is something of an artificial creation, with good arguments for literary inspiration for the famous forest coming from further east near Mont St-Michel. It was first mentioned by Wace in his work of 1155, in which the setting is Brittany, not far from Dinan. This corresponds with the great area of woodland once extending from Avranches to St-Malo. What is specific to Brittany is the character of Lancelot, brought up beneath a lake by the fairy Viviane after losing his real parents. Mont Dol has often been associated with Mont Doloreux, and a very convincing candidate for the Tomb of Merlin can also be seen on the steep slopes of this distinctive hill. Arthur himself has a somewhat ambivalent representation in Brittany, but that’s another story…

This overview can only give a general idea of the range and richness of the Breton tradition, much of it preserved by folklorists of the late 19th and early 20th centuries who worked extensively to record popular memories in songs and stories so that the extraordinarily imaginative and semi-mystical trait of the Breton people would not die out, even with their language under threat.

Wendy Mewes is a writer who lives in Finistère. She is the author of many books and articles about Brittany, and works extensively in promoting Breton history and culture to English-speakers through talks, courses and guided visits. She has also been filmed for French TV and featured on local radio. Follow Wendy on Twitter here or visit her website.

Ancient Celtic Cauldrons: The Magical, the Mythical, the Real