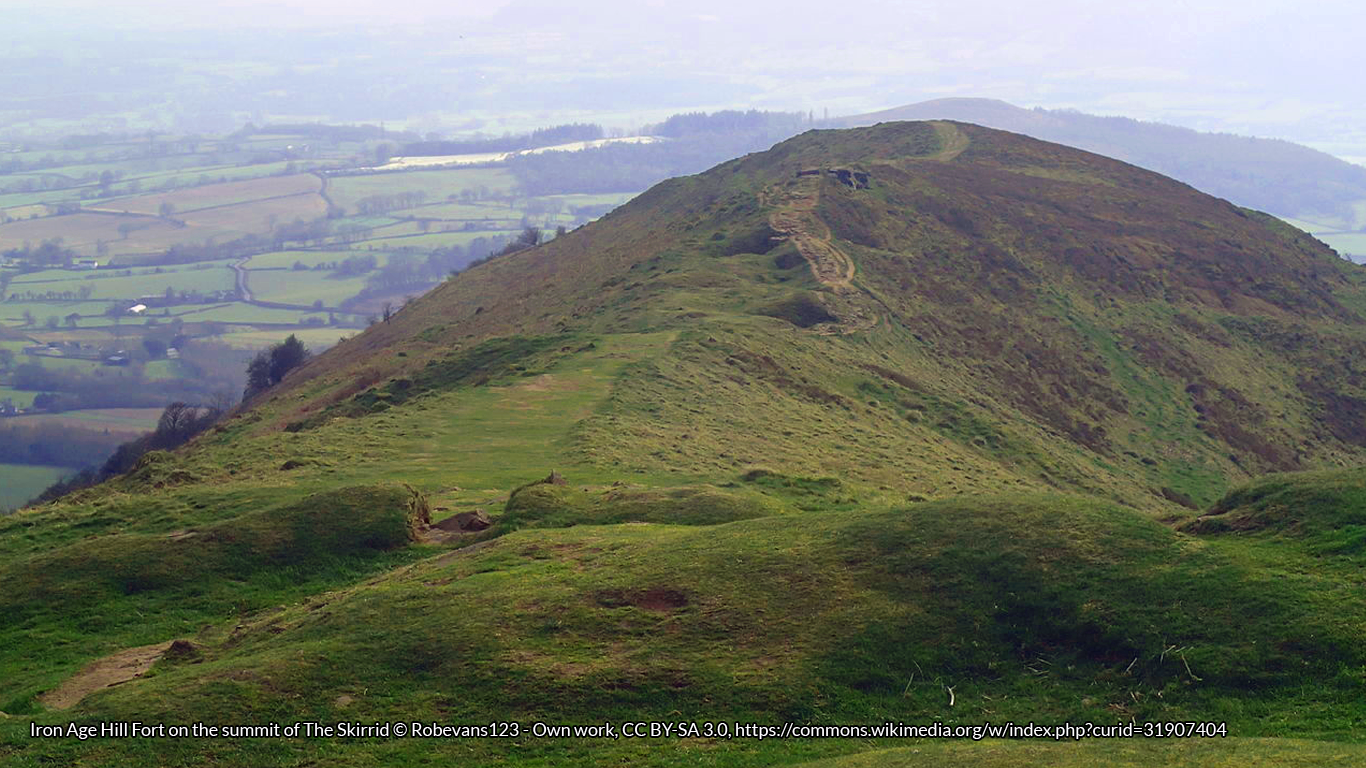 Angels and Devils: The Legend of the Holy Mountain

The hill known as The Skirrid is a mere pimple compared to many, standing at less than five hundred metres on the border of Herefordshire and Wales. At the eastern end of the Black Mountain range in Wales near Abergavenny , it is notable only for its distinctive shape. It stands alone, separated from the rest of the range with one side appearing hollowed out.

Its full name is Skirrid Fawr, taken from the Welsh Ysgyryd Fawr; Ysgyryd meaning split or shattered, and Fawr meaning great. It has a sister, Little Skirrid, lying to the south, caused by a land-slip in the Ice Age. But nothing so mundane as a land-slip in local myth. According to legend, part of the mountain was broken off at the moment of the crucifixion of Christ. The mountain showed its anger at the foul deed, shivering to break into the Great and Little Skirrids. For this reason Skirrid Fawr is often referred to as the Holy Mountain or Sacred Hill.

Because of this, there is local tradition that earth from The Skirrid is particularly holy and especially fertile. Over the centuries local people have taken handfuls away to scatter it on their fields, and on the coffins of their loved ones, as well as placing it in the foundations of churches. Pilgrimages were made, particularly on Michaelmas Eve, to the summit. 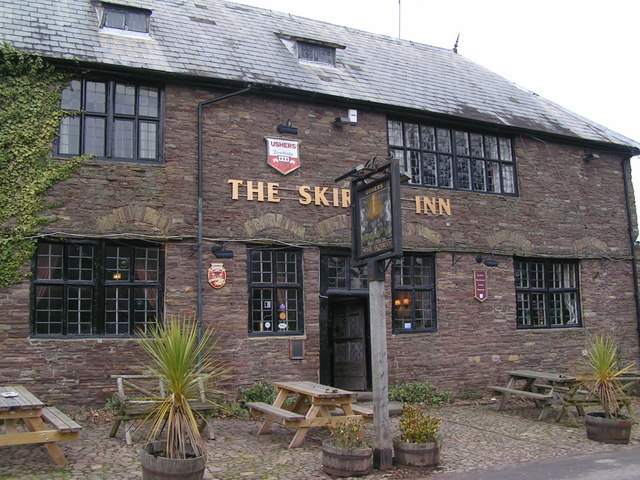 But there is another legend to account for the formation of this hill, drawing on associations with angels and the Devil. It is said that Satan tried to seduce the Archangel Michael into evil ways, but when the most militant of the Archangels refused, Satan stamped on the mountain, causing the lump of rock to slip down from the top, thus creating the distinctive shape. Today, for those who make the trek to the summit of the mountain, there are the ruins of an iron age hill fort, as well as a medieval chapel dedicated to St Michael. There is also a distinctive stone known as The Devil’s Table. At the end of the nineteenth century a cunning man lived there, giving advice and ‘magic’ to those who sought him out and paid him in money, placed on a certain stone on the hill. He could be heard roaring like a bull at night.

But that is not all to interest the lover of folklore. The Skirrid Mountain Inn in the village of Llanvihangel Crucorney at the foot of The Skirrid has flesh-chilling connections with black events in history. The present building is Elizabethan, but it claims to be the oldest inn in Wales, dating back to the 12th century. And of course it is reputedly haunted, by the uneasy ghosts of those hanged from the stair-joist in the days when the building also housed a courtroom. The rope marks can still be seen on the joints. The mounting block at the Inn is said to have been used by Owain Glyn Dwr when campaigning to take control of Wales in the early fifteenth century. Local stories say that Bloody Judge Jeffreys presided in the courtroom when one hundred and eighty rebels from the Monmouth rebellion were hanged in the inn in 1685. Not surprisingly, the inn holds ghost-hunt-and-supper-nights for its guests who are not faint- hearted. 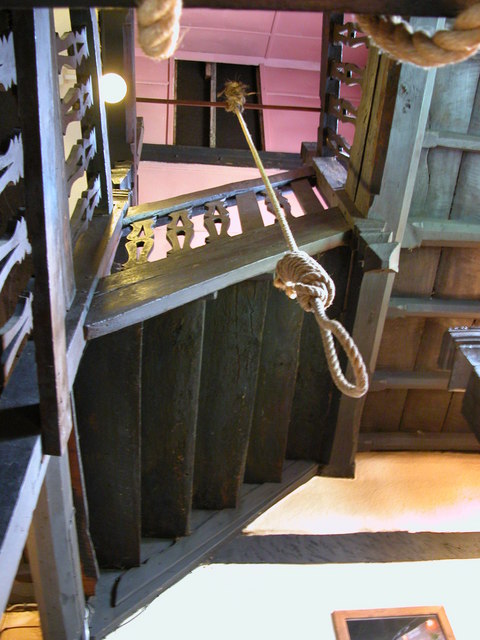 Travelling past The Skirrid on a bright summer’s day on the rail line along the Marches, there is no hint of such dark deeds as the shivering of the mountain or the stamping of the Devil’s foot. Even the ghosts of past malefactors are obliterated in the beauty of the scenery. But still The Skirrid takes the eye, and The Skirrid Mountain Inn is worth a visit, even for sceptics, if only for the ale.