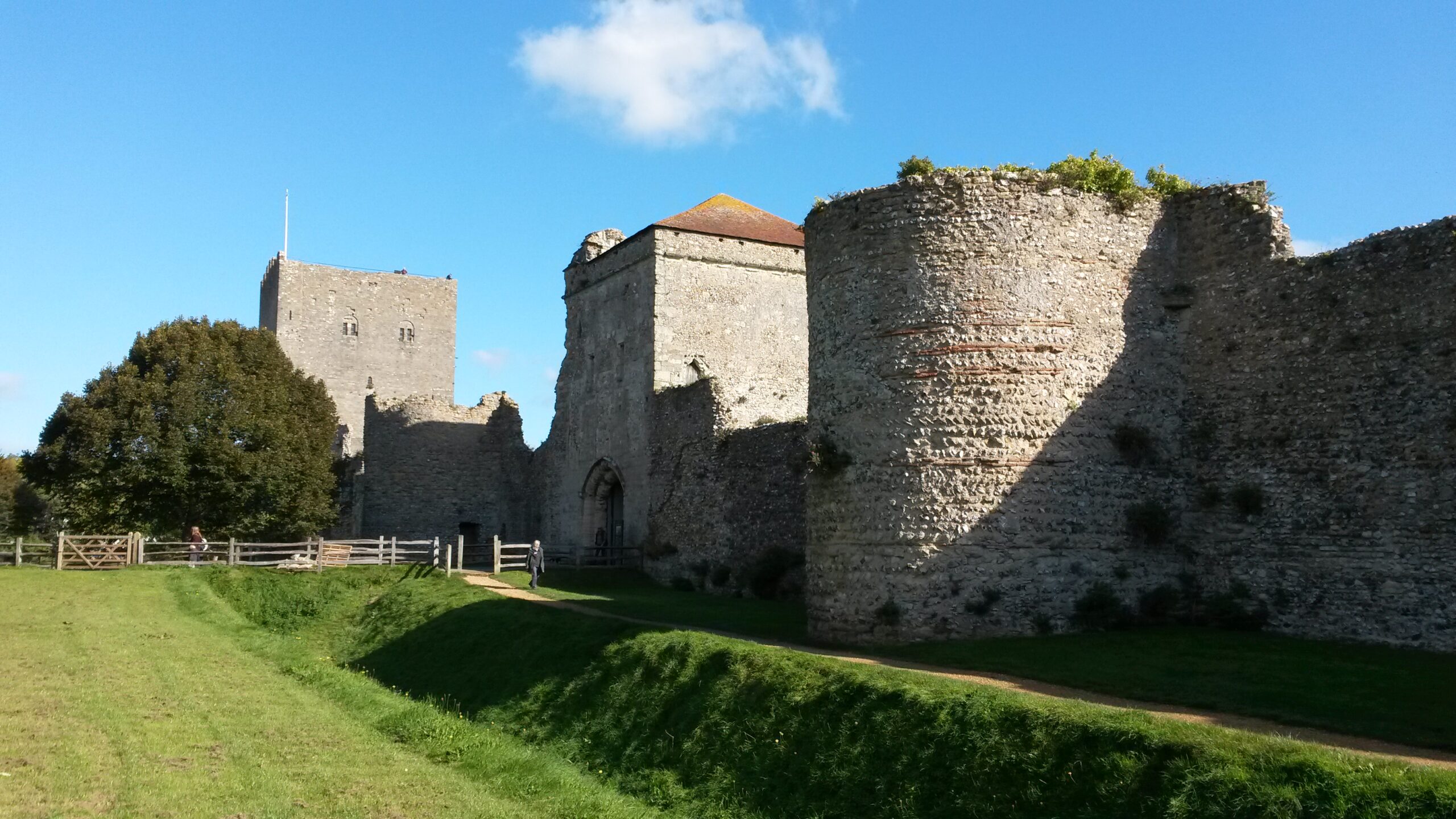 From Macbeth’s castle in the Scottish Highlands to the shores of Hampshire, Britain has many haunted castles that go bump in the night. Sad stories, gripping tales, injustices, battles and sieges, kings and queens, all spanning two thousand years of history.

The village of Bramber overlooks the River Adur, lying close to the South Downs and the West Sussex coast. Bramber Castle was built after the Norman Conquest of 1066 on land granted to the de Braose family. William de Braose founded the original castle and church in 1073. The castle was a wooden motte-and-bailey design and was later built of stone. The fourth lord of Bramber, another William de Braose fell into dispute with King John in the early 12th century. The king’s revengeful response in part led to the Baron’s War and the signing of Magna Carta. It is unclear why John crushed de Braose, but it is believed de Braose suspected John of murdering his nephew, the rightful heir to the English crown. Lady de Braose refused to give up her sons to King John as hostages. The family lands were seized, de Braose was outlawed, his wife and sons were imprisoned and starved to death at Windsor Castle. The ghosts of the children returned to their home at Bramber where they can sometimes be seen today often in December, wandering the castle grounds, dressed in rags and begging for food. 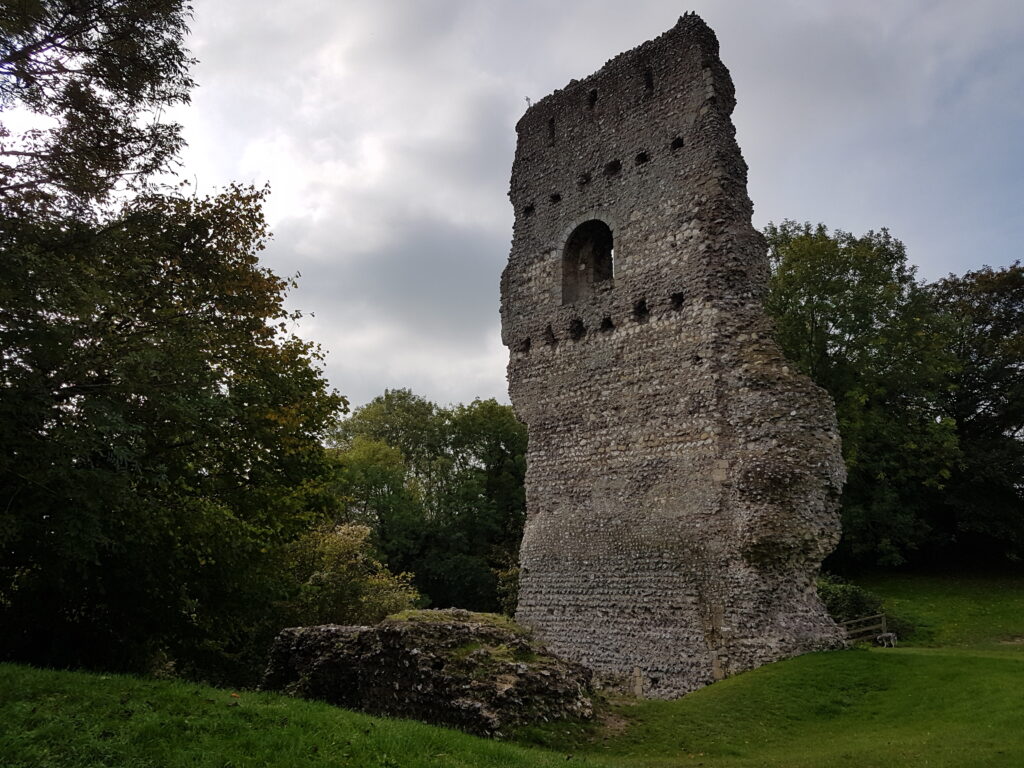 In the early 16th century Muriel Calder was the young heiress of Cawdor Castle. Cawdor is situated in Nairnshire, Scotland, and dates from the 14th century. It belonged to the Thanes and Earls of the Cawdor or Calder family. In 1498 the Thanes of Cawdor found themselves without a lord with an infant girl as heiress: Muriel Calder. She was vulnerable and at the mercy of those who wanted power. Kidnapped by the Campbells, a powerful Scottish family, she became a pawn in a game of power. After treachery, murder, a battle and a siege, Cawdor Castle fell into the hands of the Campbells. Some say Muriel is still at Cawdor. A woman dressed in a blue velvet gown has been seen wandering the castle. Legend says this is the ghost of Muriel Calder, the former heiress of Cawdor Castle. Cawdor is also considered to be Macbeth’s castle. However, the real Macbeth was born in c.1005 and has no connection with Shakespeare’s creation. In the play, Macbeth comes across three witches or weird sisters as he returns from a victorious battle. They prophesy his future and warn him of his impending doom:

Lincoln Castle was built on the site of a Roman fortress, and constructed after the Norman Conquest. During the 12th century the castle witnessed the Anarchy, a civil war between royal cousins, Stephen and Matilda. In 1788, a red-brick gaol was built as a debtor and felons’ prison, a further Victorian prison was added in 1848. Rooftop executions took place at nearby Cobb Hall in the 19th century, and the Lucy Tower became the burial ground for prisoners hanged within the castle. Remains still lie within the tower’s walls.

Unsurprisingly Lincoln Castle is haunted. Within the prison chapel there is an entity lurking amongst the coffin shaped pews, an icy breeze brushing past. The castle is also thought to be haunted by a rider and his horse. The clattering of horse’s hooves on cobbles, a cry at midnight and in the darkness, a voice, “Open the gate! In the name of the king!” A black horse thunders past, rider high in the saddle. The ghost is said to be the friend of a hanged man, wrongly accused of murder. Unable to save his friend from the gallows despite riding to London and obtaining a pardon from the king, the rider hanged himself in a stable. 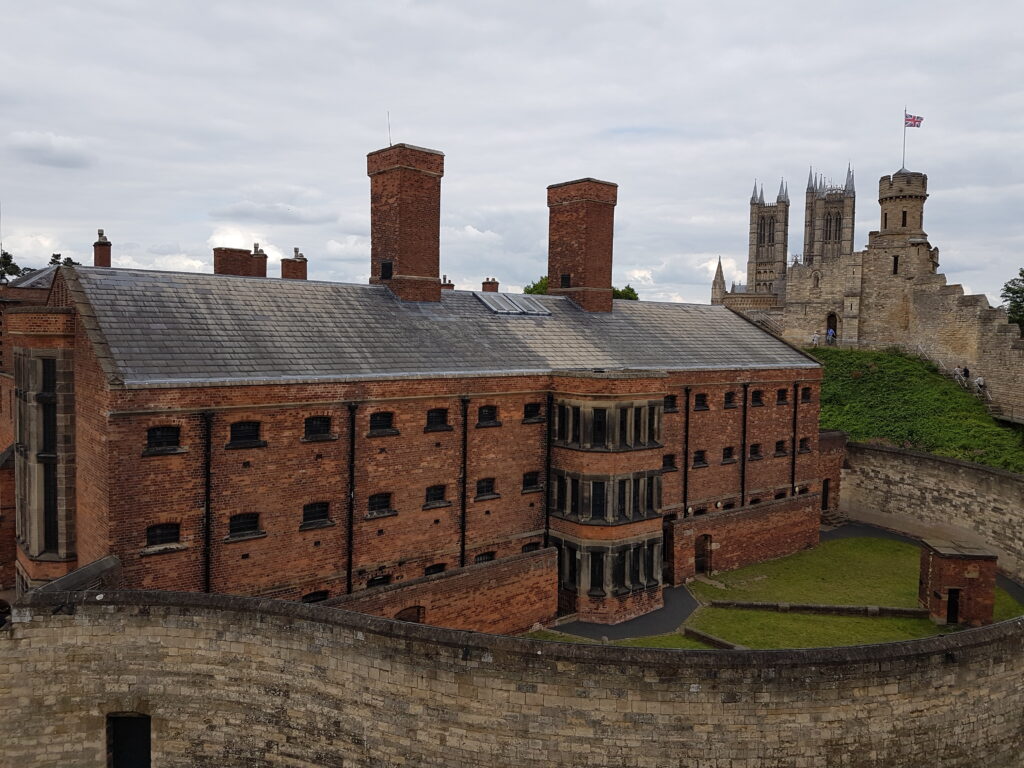 Close to the Welsh border in the heart of the Herefordshire countryside, Croft Castle has a long history spanning a thousand years, and has been involved in English and Welsh power struggles. A castle has stood here since the 11th century, and the current building dates to the 14th but with many alterations. One of the most haunted castles in England, Croft boasts seven ghosts wandering its walls and grounds. These seven apparitions include; the crying of a baby, the sighting of a figure in a doublet and hose, and a woman dressed in a crinoline seen from a window. The best known of the ghosts at Croft is that of Welsh freedom fighter, Owain Glyndwr. At seven-foot-tall and dressed in a leather jerkin, he cuts an impressive figure. In life he rebelled against King Henry IV in the early 15th century, forming an alliance with Harry Hotspur who was killed at the Battle of Shrewsbury in 1403. Glyndwr lived on, taunting Henry with rebellious skirmishes. Considered to be an ancestor of the Croft family, the Wyvern Crest featuring a wounded black dragon was later adopted by the family, a reference to Glyndwr’s past.

Porchester Castle in Hampshire is the most complete Roman fort in Northern Europe, with a surviving defence circuit almost unaltered since its construction. The castle dominates Portsmouth harbour, a natural embarkation point for many ships, including those Henry V sailed to gain victory at Agincourt in 1415. Known as a Saxon Shore fort, it was constructed in the 3rd century AD, and later became a Saxon settlement. After 1066 a Norman castle was built and in the 1390s a royal palace. Between 1793-1815 Porchester served as a prisoner of war camp whilst the French Revolutionary and Napoleonic Wars raged across Europe. 8,000 prisoners were kept within the medieval walls including those of French and Caribbean backgrounds. Naturally Porchester is haunted. A ghostly monk clad in black robes and hood is often seen wandering the castle and its walls. The monk fades slowly into the distance when spotted. A horseman also in black rides across the castle grounds in summer. A white lady can sometimes be seen, a young Victorian woman who drowned in the castle moat. The medieval churchyard is haunted by a wandering dark-haired woman. Finally, some claim to have seen a Roman centurion steadfastly guarding the castle gates.

What struck me as I was exploring these haunted castles were the human stories, the personal family tragedies that lay behind them. I have never seen any of the ghosts mentioned. One day, perhaps I will, but I am always looking for the strange, the unusual, the peculiar, and shall forever be an explorer of castles.

Catherine Cawley is a writer and historian with an interest in the natural world, medieval and modern history, and folklore. She has studied English, history and art at the University of Southampton and with The Open University. She lives in Hampshire with her husband. Follow her on Twitter here.