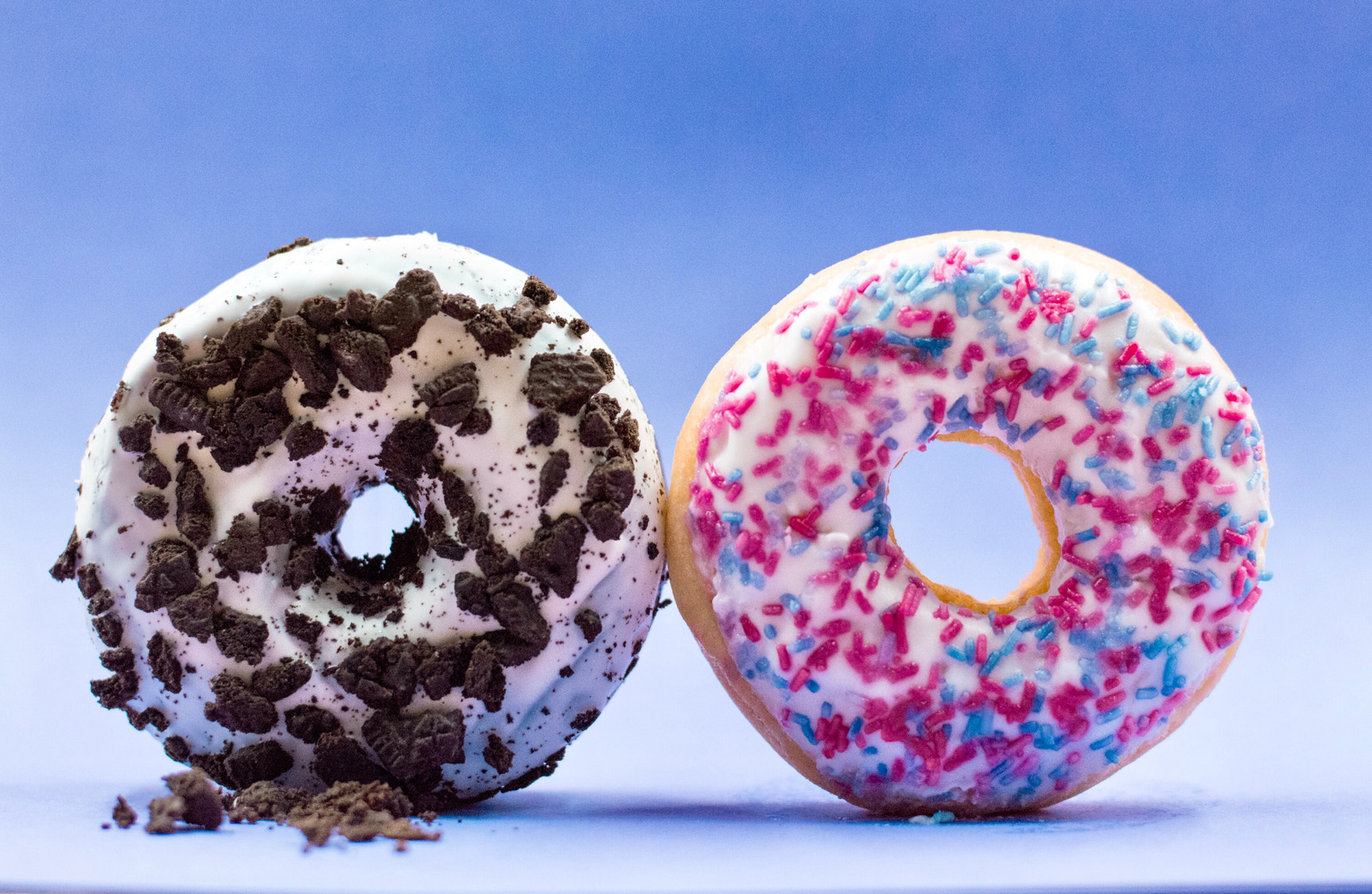 We humans, love to eat and we love to celebrate with food, from weddings to birthdays to a Sunday family lunch. Whilst our customs might be different, all around the world we celebrate new beginnings, whether that is a new year, a new marriage or a new baby. And while the food we serve to celebrate new beginnings may be slightly different in our own corner of the globe, there seems to be a universal theme in the type of food we eat. We celebrate the new with circular-shaped food.

Why are circles important?

Circles are an important symbol in our cultures. A circle can represent the cycle of life and time. A circle means ‘zero’, the beginning, the starting point and potential. It can be masculine and represent the sun, or feminine and represent the moon. It can be both, yin and yang, representing wholeness, oneness and totality. In ancient Greece, the circle symbol of the ouroboros – the snake eating its own tail – was the representation of rebirth.

And so, what circles are eaten to celebrate the new?

The quintessential celebration of a new beginning with baked goods is a tiered wedding cake. But before Queen Victoria made the tiered cake fashionable, originally the wedding cake was a tall stack of buns or cakes (like a croquembouche) and if the bride and groom could kiss over the tower of cakes without it toppling over, the couple would have a life of prosperity. Or sometimes the new marriage was celebrated with a pie with a ring hidden inside, and like the tradition of throwing of a bouquet, the unmarried woman who found the ring would soon find herself at the altar.

To celebrate the New Year, many cultures serve up round cakes. In Japan, kagami mochi (mirror rice cake) is a stack of two rice cakes each representing the coming and going years and yin yang. It is also served with a slice of orange (but I’ll move onto fruit later). Similarly, in South Korea but on a more savoury note, tteokguk – sliced rice cake in soup – is a traditional food served on New Year’s Day. 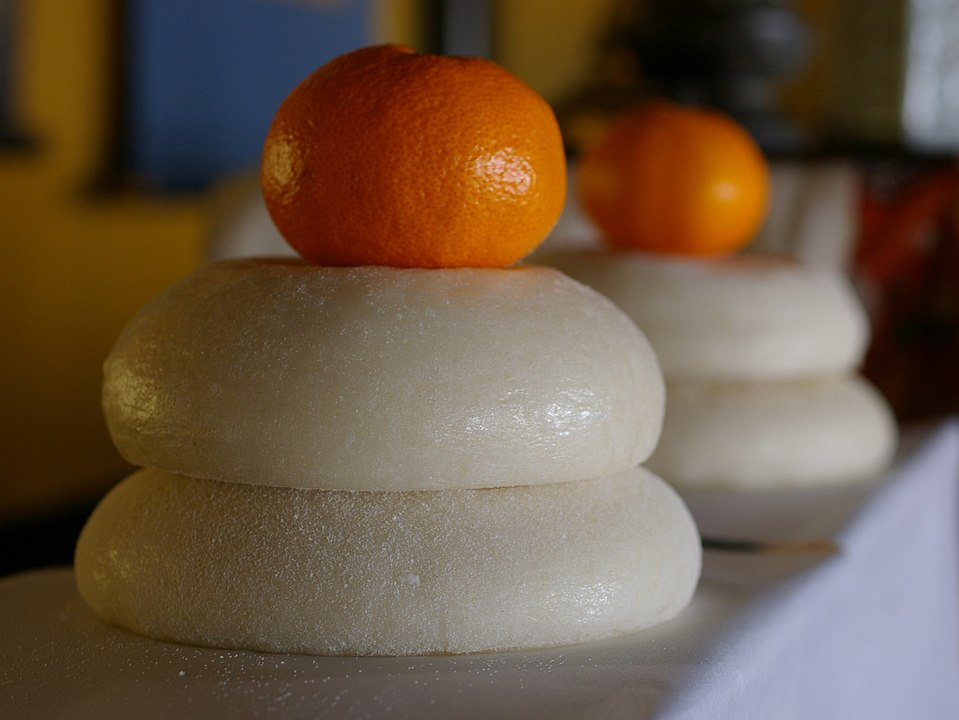 Kagami mochi, by tamakisono, CC BY 2.0

On the Indian subcontinent, the round deep-fried gulab jamun is served at Diwali and weddings. Similarly in the Netherlands oliebollen is a traditional food for New Year’s Eve.

In the British Isles, bannock, soor-cakes, facet cakes or pop-lady were baked to welcome the New Year. Pop-lady was fashioned into the form of a person with raisins for eyes and mouth with the base of the body like a sarcophagus and it was argued the design originally came from Roman times. The baking process itself was a way to foretell the fate of the family in the coming year. Small cakes were baked for (and named for) each resident of the household. The baker would press a thumbprint hole into the centre of each cake before baking. But if the hole was gone after the cake was removed from the oven, it was said that the person would die. And a similar fate was feared if the cake broke during baking.

In the Netherlands once again, the birth of a new child is celebrated with beschuit met muisjes or little mouse biscuits. The biscuits are round pieces of bread sprinkled with coloured sugar-coated aniseed balls; blue and white for a boy, pink and white for a girl and orange for a royal birth. Hot cross buns were also traditionally round, representing the rebirth of Christ in Easter celebrations. 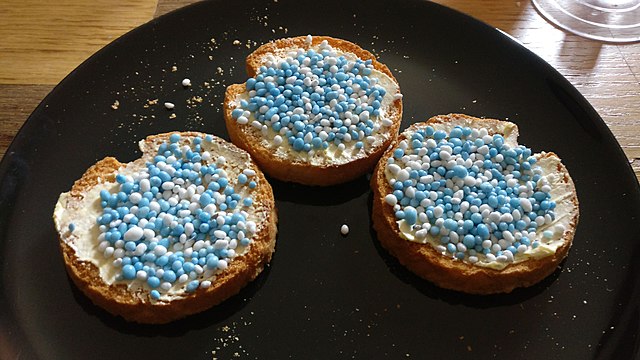 Citrus plays a big role in Lunar New Year celebrations in Japan and in Chinese communities across Asia. The Lunar New Year falls at the end of winter and the orange colour of citrus brings a bright hope in the long cold days. In Cantonese, mandarins or gam is also pronounced in the same way as the word ‘gold’.

In Jewish culture, autumn fruits such as pomegranates and apples are served to celebrate Rosh Hashanah. Apples are dipped in honey, or sometimes bread, and eaten with a traditional saying ‘may this year be sweet and fruitful.’

And the Spanish eat twelve grapes at midnight on New Year’s Eve. Each grape is eaten to coincide with a strike of the church bells. Some say the grapes will bring you good luck, while others say it is protection against evil in the coming year.

The Muscogee of North America celebrated the end of the old year and beginning of the new with the ‘first fruit’ festival, in July or August when the corn was ripe. Although in this case the fruit is corn, and the celebration is alternatively known as the Green Corn Festival. The Muscogee men would fast to remove the impurities of the old year and their first meal of the new year was the first fruit of the new season. Similar ‘first-fruit’ festivals have also been documented in Scotland and South-eastern Africa.

Eating peas on New Year’s Day is a tradition in the United States. Known as ‘Hoppin’ John’, the dish of black-eyed peas, rice and sometimes bacon has spread from the African-American slaves of the South to a national custom. While the origins of Hoppin’ John are unknown, it is believed that the dish brings good-luck because the peas represent coins, and if you leave three peas behind on your plate, your new year will be filled with luck, prosperity and romance. The derivation of the name Hoppin’ John is also unknown, and while the prevailing theory is the name comes from a bastardisation of the French pois pigeon or pigeon peas, some argue that the name comes from the French folk-hero Petit Jean. Others also claim that the ritual of Hoppin’ John may have associations with voodoo practices, due to its origins in Louisiana and West-African influence. 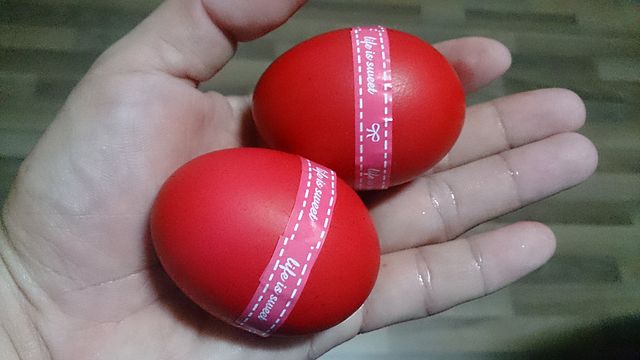 Whilst not strictly circular, the egg is also a symbol of new beginnings. Eggs are a repository for new life and representative of fertility, and the egg is associated with Christian Easter and Neo-Pagan Ostara.

In China, eggs are dyed red to celebrate the birth of a new baby. A Red Egg and Ginger (or moon-yuet) party is traditionally held a month after the child’s birth when the child’s name is officially announced. It was assumed in the days of high infant mortality, if a baby lived thirty days, they would go on to survive to adulthood. Red eggs are also often served at birthdays to represent renewed life.

With cake, fruit, legumes and eggs, circular-shaped festive foods representing the cycle of life appear to be a symbolic theme across many cultures and a delicious way to celebrate new beginnings.

Ganeri, A., 2015, Celebrating Birth Around the World, Raintree.