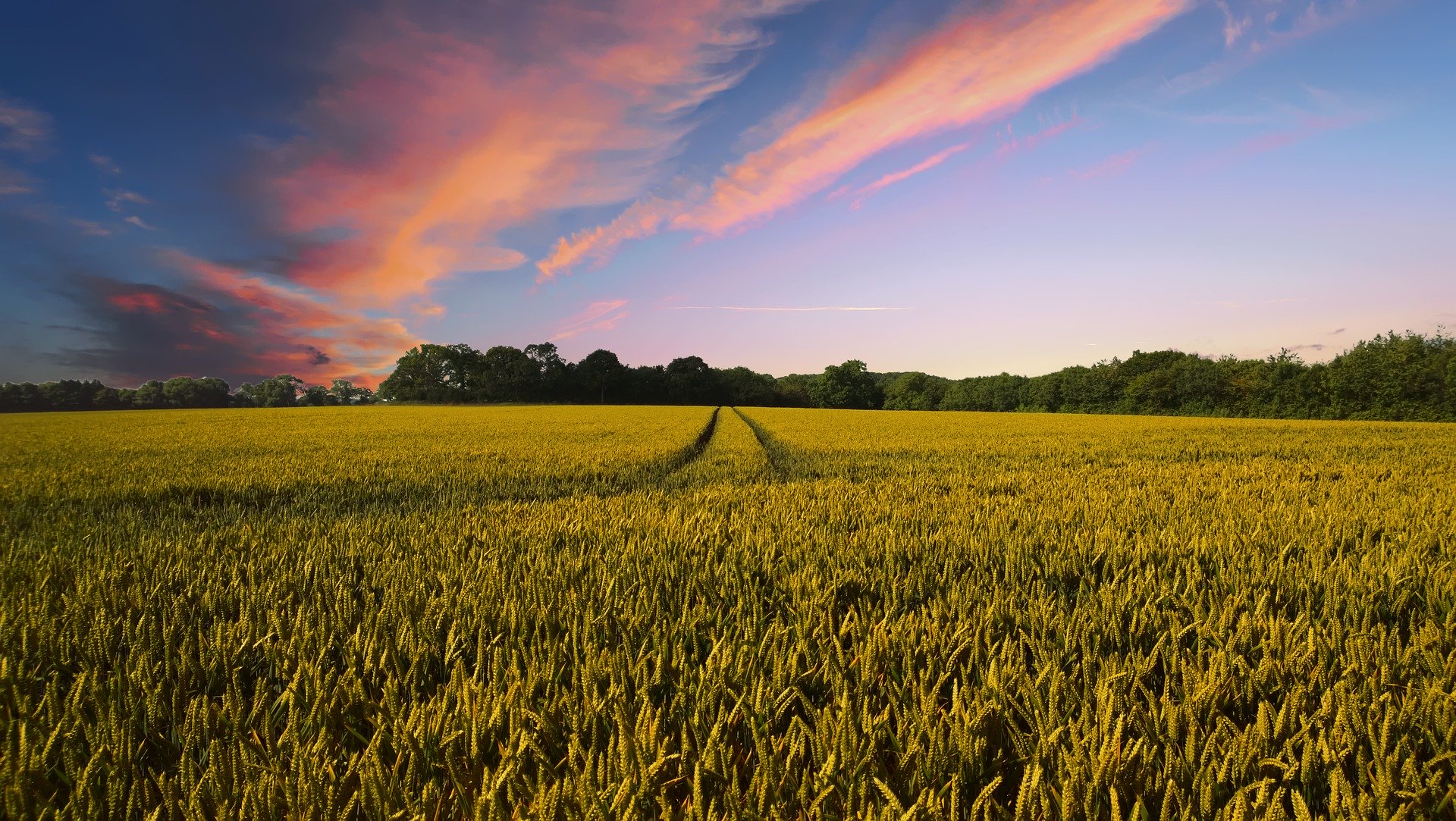 What is political orthodoxy in the context of folklore?

On inception in the mid-19th century the term “folklore” applied only to rural, frequently poor and illiterate peasants. This notion gave limited scope to expressions of political orthodoxy in folklore. Poor illiterate peasants were unwitting, unpaid, stewards of rural practices, customs and rituals. At the time the more educated but discerning observers of rural societies were aware that the Industrial Revolution increased mobility, encouraged the rural poor to relocate to industrial towns with potential loss of the oral traditions reflected in rural practices, customs and rituals. Their practical response was to seek out, document and unconsciously archive through diaries, books, and illustrative material “rural folklore.” Some diarists, authors and illustrators deployed objective comparative and analytical historical methodologies; others adopted an antiquarian approach, where excessive value and veneration were as placed on the antiquity of practices, custom or ritual. Rural sentiment probably won the day, through the popularity of rural art, crafts and literature in the second half of the 19th century, in countries and regions where there was broad political and economic stability.

However, the term and scope to study evolved over the 19th century embrace a wider, more modern definition of a social group that includes two or more persons with common traits, who express their shared identity through distinctive traditions. This wider definition is more flexible and provides more oxygen for the examination of the influences of political orthodoxy within folklore.

How has folklore influenced or been influenced by political orthodoxy?

Folklore in its various media visual, theatrical, musical, documented and published forms has always participated in the shaping and re‐shaping of human life. Oral forms have always been fashioned deployed for entertainment and for more practical purposes, which include the edification of  society by inculcating sound behavioural and moral practice.  Oral forms have acted as triggers for social commentary through praising “good” and condemning “bad” public behaviour .Oral and written folklore have chronicled history as the collective heritage of the people and continue as communal voice of the expression  of  group  solidarity, shared  spiritual and cultural identity. Sometimes those promoting folklore have assumed a role as custodians of these the oral and written forms by becoming the conscience of their community. Folklore has defined and refined communities and societies historically and in modern times.

Folk tales emerge in times of upheaval, and from societies’ grimmest moments. They enable us to process and assimilate extreme experience, and deal with our fears. Typically, folklore communicates powerful and uncompromising moral narratives. It’s not hard to draw a map of current major global problems with reference to them.

Some attempts have been made to categorise folklore:

Social engineering methods such as creation of trust/distrust, quid pro quo, baiting and pretexting. A social engineer can exploit this behaviour using the methods, a good assessment of the target audience to ascertain whether their plan is working. Technologies available to attackers may change, the basic premise of these attacks stays the same and has done throughout history.

By way of illustration, rhetoric of social engineering is used in Russian narration on the Cossack nation. This social engineering has been served by historically-rooted slogans such as ‘the Cossack state’ and ‘registered Cossacks’. Terms such as ‘the Cossack state service’ and ‘the Cossack component’ are also functionally marked concepts. These appear in different contexts (the patriotic education of children and young people, the so-called civil society of Russia and its allegedly traditional conservative values, the creation of pro-defence attitudes, military reserves, a social factor combating the new threats posed by culture, information, illegal migration, etc.) Such concepts are the product of the Kremlin’s political technology – by shaping the military organisation of society and its confrontational attitude, it is not so much describing a reality as creating on.

What folklore themes have influenced or been influenced by political orthodoxy and why?

The folklore themes that have influenced or been influenced by political orthodoxy are obvious. I examine them in order of disruptive influence:

I can find no example of folklore directly contributing to revolution, a concept that is fraught with definitional challenges of terminology. Defining whether political change can be considered revolutionary are conceptual issues which involve examination of issues such as revolt, rebellion, and reform whereby the questions of the new, of liberty, and of the legitimacy of violence serve as the most relevant criteria for demarcation. Positions adopted within the three main schools of revolutionary thought (democratic, autocratic and anarchist) are formed by broader commitments to the underlying political philosophies. These political philosophies owe their adoption to other debates on matters such as war, shaping of society, equality and other matters. Given their breadth and significant conceptual and philosophical issues, they are best left to philosophers!

In the mid-19th century, liberal political orthodoxy saw nationalism as a form of political self-determination. Regions, often, represented by regions cultural and geographical sought to overthrow, sometimes unite to achieve political, economic and social change. Folklore played a significant role in shaping and coalescing nationalist aspirations through reference to music, song literature, poetry and other reflections of an historic way of life, thought and ritual. In some instances the contribution of folklore did contribute to “revolution” in social, economic and political order. Such forms of nationalism have occurred until recently. Have we entered an age of “good” and “bad nationalism”? For example some see “Brexit” as a “bad form of nationalism”. Spain sees Catalonian nationalism as a “bad form of nationalism”, as does the European Commission. Polish cultural nationalism is seen as “bad nationalism.” “Good nationalism” is where a group of people are trying to what is seen as an oppressive ruler – the Ukraine provides an example. Folklore will be used by both “good nationalists “and “bad nationalists.” Political philosophy determines its approval rating and the deployment of folklore in its armoury.

Folklore has provided its most profound influence in social and cultural change. Gorky, the Russian playwright and novelist provides a very profound insight into the cause and effect of folklore. In 1934 Gorky gave the keynote speech, which, among other matters discussed the relations between folklore and labour. Gorky stressed the close connection of folklore to the concrete life and working conditions of the people, for which reason its study should not be concerned with the abstract mythic-religious ideas, but must deal with concrete historical reality, work processes, and real inter human relations. He went on to observe the life optimism of folklore, which expresses the deepest moral and human aspirations of the masses. He concluded that folklore can have validity as the source of the world outlook of a people in its individual historical periods.

Yes in these sense that the political challenges of “folklore politics” continues exacerbated perhaps by the rise of successful populist political right movements in the USA and Western Europe. The rise of the alt-right has happened against the background of a profound political reorientation based on two parallel strategies. In the USA far right has effectively occupied established leftist countercultural territories, deploying the tactics of subversive humor and transgression while moving to replace the traditional conservative right, where “the fire-walls separating traditional conservatism and the new generation of far-right extremism have been all but burnt down as part of a larger tendency to effectively replace mainstream conservatism.”

Consider the following observation which sums up the current political in-fighting as articulated by someone from the left wing:

“2016 witnessed the revenge of “folk politics.” Of all the assumptions that were overturned by the success of the alt-right insurgency, one of the most surprising is the widespread belief on the left that we have outgrown grassroots media activism. Increasingly, activists have come to be seen as victims of communicative capitalism’s perfect lure in which subjects feel themselves to be active, even as their every action reinforces the status quo. A general assumption has taken root along the lines that if these interventions posed any genuine threat to the status quo, they would be immediately suppressed. However, the success of the alt-right in using the full armory of tactical media in the meme wars of 2016 not only repudiated this assumption but also reminded us that there is nothing intrinsically progressive about transgressive subcultures or the disruptive aesthetics of the avant-garde.”

The right seems to be gaining have the upper hand in political orthodoxy.

No in a number of senses:

Some concluding remarks from this “canter “through the political orthodoxy of folklore: