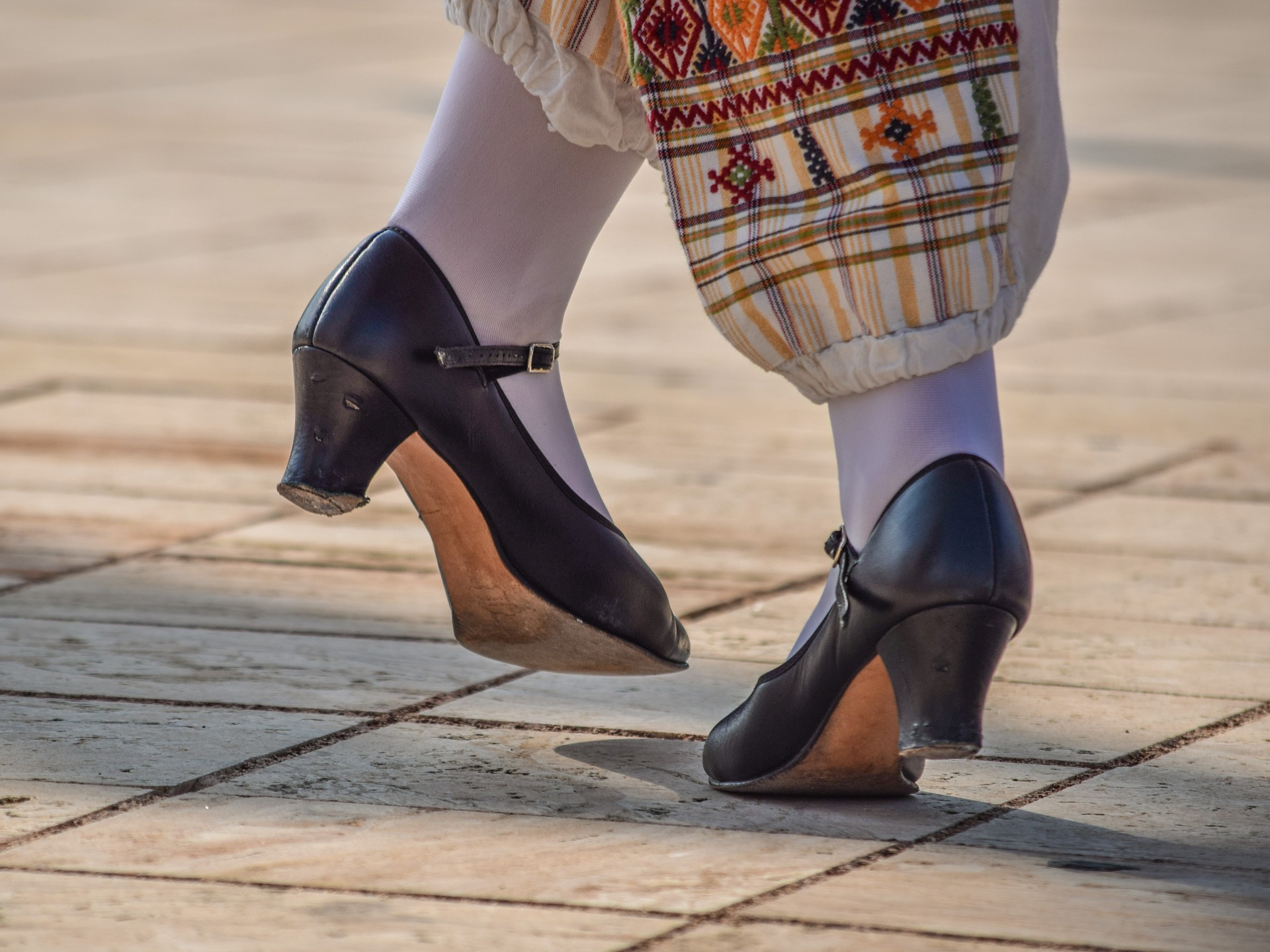 The heritage of an indigenous peoples also includes “objects, knowledge and literary or artistic works which may be created in the future based upon its heritage.”

Heritage includes all moveable cultural property as defined by the relevant conventions of UNESCO “all kinds of literary and artistic works such as music, dance, song, ceremonies, symbols and designs, narratives and poetry; all kinds of scientific, agricultural, technical and ecological knowledge, including cultigens, medicines and the rational use of flora and fauna; human remains; immoveable cultural property such as sacred sites, sites of historical significance, and burials; and documentation of indigenous peoples’ heritage on film, photographs, videotape, or audio tape.”

How does the law protect seek to protect both the intellectual and physical properties which fall within this very wide definition?

For the most part the law provides protection through specific legislation:

Intellectual Property (“IP”) legislation normally vests copyright in the owner, generally presumed to be the author, of the work. European IP perceives copyright laws to encourage and reward individual creativity and in consequence copyright is regarded as a proprietary interest that is capable of being traded. Copyright owners have the general right not to exploit their material, subject to statutory exceptions, or to permit others to deal with it. It is anticipated that copyright will be financially and economically exploited. The copyright owner may thereby receive a return for investment of time, capital or talent. Copyright as private property is justified by reference to its ultimate benefit to the community as a whole.

By contrast, indigenous (read “folkloric”?) view prioritises the interests of the community as over those of the individual. Ownership of folklore in indigenous culture is a collective, as opposed to individual, phenomenon.

Appreciation of folkloric works is not simply based on their artistic and aesthetic attributes, but more on the ability of the individual author to reflect the culture and livelihood of the community in the folklore. Art is appreciated for its life-sustaining qualities. The language it uses — the signs, symbols and codes — may all be information necessary for survival.

Folklore tends to be linked with the identity of communities, which is a concept similar to custodianship rather than proprietorship. It presents a set of rights and duties to the indigenous community, not to individual authors, defining the limits for reproduction and use of the folkloric works.

So do current copyright regimes accommodate and protect indigenous folklore?

In defining ownership, it is a requirement that an author of the work be identified, so that ownership may be attributed. Indigenous folkloric works generally tend to be the results of a collective effort. Individual additions are contributed periodically and spread out over time. No individual can be solely identified with the authorship of a design, song, dance or other manifestation of folklore.

It is evident then that the requirements for individual ownership and author identity are reflections of the underlying Western belief that economic benefit is the primary motivation for creativity. Private property rights are then introduced to allow economic exploitation. It is inappropriate to apply this tenet to indigenous cultural folklore because it is often at odds with the indigenous concept of communal ownership. The purpose of the latter is to regulate the use of indigenous folklore, and thereby maintain the integrity and the identity of the group. Recognising the primacy of the individual’s interests over those of the group, as copyright law does, reflects a lack of respect for indigenous customary laws and facilitates indigenous peoples’ loss of culture.

Copyright law protects the expression of ideas, as opposed to the ideas. Fixation or education to material form is a prerequisite to the protection of works. The practical consequence of this requirement is that ideas, themes, styles and techniques embodied in a work are not protectable. This has serious implications for indigenous people since most folkloric works tend to be orally and visually represented.

Copyright law requires a work to be original, being “a distinct individual creative style” of the author. The creation of most works of folklore tend to be inspired by pre-existing traditions and successive patterns of imitation and replication over time. So, the condition of originality is not satisfied. This factor is particularly relevant to ancient designs, which must be replicated exactly or to a high degree of accuracy. The World Intellectual Property Organisation (WIPO) has rightly observed that many folkloric works are repetitive by reliance on tradition, which limits the scope for interpretation and individual expression

Economic reward and individual entitlement rationale are the foundations of copyright law. Originality prevents others from exploiting the creator’s work. Indigenous world views, on the other hand, would usually deny the importance of such a restrictions, since folklore is the property of the whole community — regardless of who created it.

Patentable inventions are product or process produced or achieved by following specific instructions.

Spontaneous discoveries, mental processes or information are not in themselves patentable. To be patented discoveries, mental processes or information must be subject to expression as something new and useful. The mere existence of indigenous resources will not give any intellectual property rights in these resources if they turn out to have some scientific or commercial value. Indigenous people would have to ‘discover’ the resources and put them to a new use with commercial significance to gain protection or to prevent others from gaining it.

The novelty of an invention is determined with reference to the prior creative base. The presumption of novelty may be refuted by demonstrating that the creative information was contained in a publicly available document or documents or was made publicly available through conducting certain act or acts. Peoples opposed to a patent application of an indigenous object or creative work would have to prove, firstly, that their prior use of the knowledge or resource under patent application constitutes prior art information, and secondly, that the dissemination of the traditional knowledge to members of the indigenous community constitutes making the information publicly available. Indigenous groups wishing to obtain patents over their indigenous knowledge face the problem that much of it has been documented by researchers, hence incorporating it into the public domain.

An inventive step is required and is determined by making a comparison with the prior creative work. Presumption of inventiveness can be rebutted by showing that “the invention would have been obvious to a person skilled in the relevant creative art in the light of the common general knowledge as it existed in the patent area before the priority date.” The hurdle is establishing that the traditional knowledge that existed. The scientific or commercial use to which the knowledge has been put to is obvious and, therefore, uninventive. Legal issues pose the question “what is relevant art or creation” and whether indigenous traditional knowledge forms part of the “common general knowledge” of that art or creation.

Patent Acts facilitate economic exploitation of inventions on the basis that patents promote innovation, research and developments. The criteria for patenting contradict the indigenous view that their genetic resources, land and knowledge of these resources constitute communal property, which is incapable of individually ownership. The indigenous notion of communal property focuses on maintaining and developing communal identity, rather than personal economic and financial gain.

Costs of Registering and Maintaining Patents

Even where indigenous creations meet the criteria of patent registration, they still face the prohibitive costs of registering, maintaining and defending the patents.

A license is an agreement through which a licensee leases the rights to a legally protected piece of intellectual property from a licensor — the entity which owns or represents the property — for use in conjunction with a product or service. The relative simplicity of that definition is a mere gateway to a way of doing business in an ever-widening range of product categories and types of properties. Licensing is a marketing and brand extension too! That is widely used by everyone from major corporations to the smallest of small business. The business reaches into the worlds of corporate brands, art, publishing, colleges and universities and non-profit groups.

While licensing is the easiest, most efficient, least complex and relatively low cost method of exploiting indigenous creations, again the challenges to licensing reside in the question of “who has the rights to the relevant indigenous creation in order to licence the work?”

How do they establish the ownership rights and maintain them?

Periodic initiatives are made by bodies such as UNESCO and WIPRO (World Intellectual Property Organisation). The initiatives tend to focus on areas in which to achieve standards, guidelines and protocols Primary areas are:

The theme of “standards, guidelines and protocols” deserves a paper to itself and cannot be adequately covered within this article.

Public awareness and education campaigns, which promote a greater public understanding of indigenous culture and reduce the incidence of acquisition of heritage and violation of customary law, must accompany and legislative grand standards/protocol initiatives. Awareness and education campaigns take the form of school curricula and accompanying material, films, museum exhibitions of indigenous art, labels on indigenous books and music, and so on. Any education programs should acquaint people with the rights and remedies available to them to protect their heritage.

Efforts to protect indigenous folkloric works and traditional knowledge within existing intellectual property law systems is challenging. The critical challenge comes from a philosophical difference between a view of the dominant social and economic order, certainly in the Western world. Here, individualism and economic value are central to the thought and legal order, which have done little to accommodate indigenous peoples. Many indigenous people embrace a holistic approach to life and nature – essentially an issue of privilege and responsibility than absolute rights. Indigenous peoples often see the products of the mind and heart as related: the relationships between the people and their land, their kinship with the other living creatures that share the land, and with the spirit world.