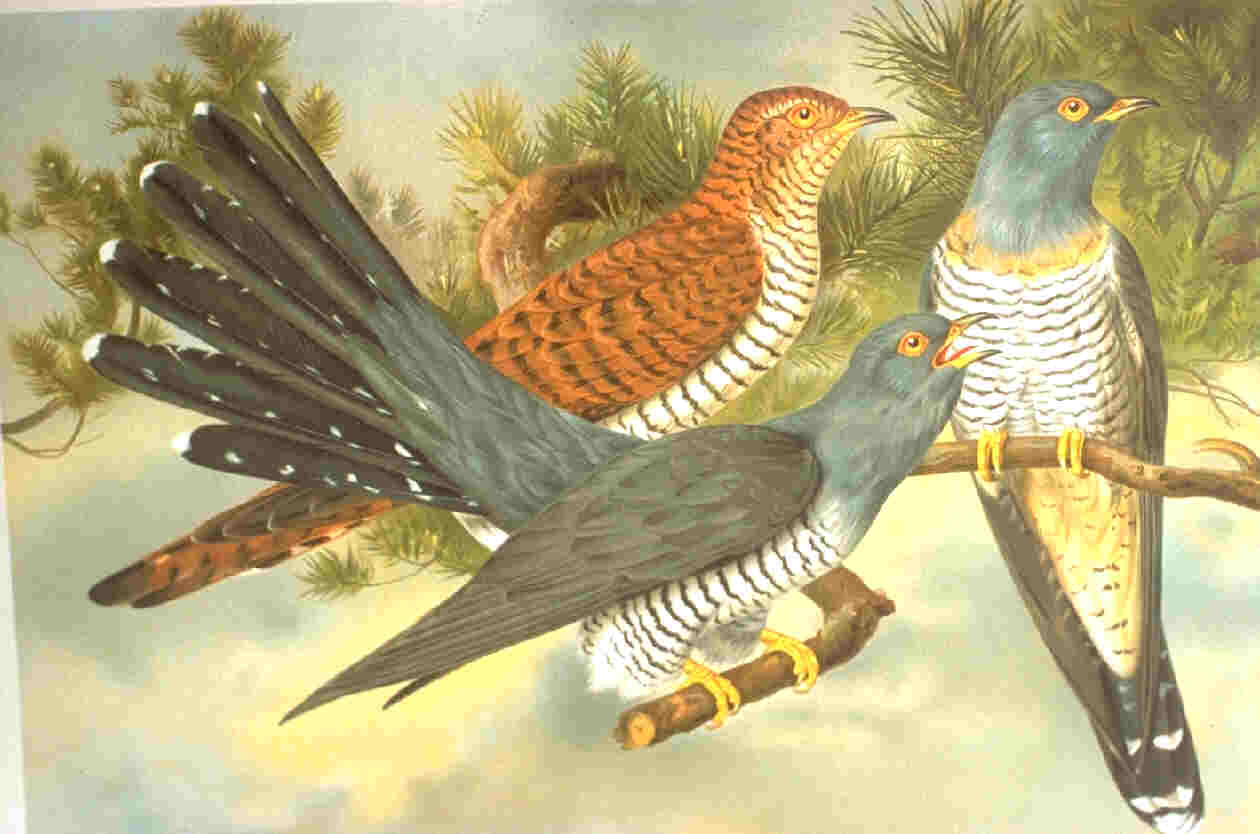 Cuckoo Day and Animal Sacrifice: Folklore of the Creatures of Spring

Spring is the herald of new life, and throughout the animal world, spring is a time for the rituals of mating, and for forecasting the weather – and more – for the summer to come. All manner of vivid animal lore surrounds this season of fertility.

Arising from the bawdy (possibly pre-)Roman fertility festival of Lupercalia, St Valentine’s Day, February 14th, is said to be the day when birds begin to mate. On this day, young unmarried women would traditionally peer through the keyhole and if they saw a cock and a hen mating could be assured that they would be wed within the year.

By mid February, busy rooks will certainly be noisily building their nests, which are deemed lucky if constructed in trees near to your house. From the position of their rookeries it’s said that you can predict the weather according to the rhyme:

‘When in the trees the rooks build high/Expect the summer to be warm and dry.’

In Shropshire, rooks are also credited with the piety to stop work on Sundays, which may link to the belief that when good people die, it is rooks that escort their souls to heaven. Swallows, too, are said to bring good fortune if they nest in your eaves, but it is said that you should never allow them to take human hair clippings for their nests for fear this would cause twelve months of headaches.

The cuckoo, though an increasingly rare spring arrival in Britain, is said to be a sign of impending wealth when you first hear it, especially if you take the trouble to turn coins in your pocket at the same time. Additional riches can be expected if you first hear its call on April 28th. On this date, known widely as ‘cuckoo day’, the people of Towednack in Cornwall once held a festival to remember a man who, thinking winter would never end, lit a fire into which an unsuspecting cuckoo flew to its death. According to Scottish lore, the frequent calling of the cuckoo is a sign of the fierce ‘gawk storms’ of rain that commonly coincide with its arrival. All over Europe, the cuckoo’s advent has been marked in different ways:

Signs of the Spring

Two signs of the zodiac represented by animals are associated with spring months. The symbol of Pisces is a pair of fishes which, though attached to each other, are moving in opposite directions, so typifying those born between February 19th and March 20th. In the heavens, the two constellations of Pisces are connected with strings of stars that look like ribbons. The Romans believed that when the love goddess Venus and the vain Cupid (who inspired her jealously by falling in love with Psyche) were chased by Typhon, they ended up in the sky. Pisces is the sign said to control the weather and, by inference, the fate of sailors. Though generally a bringer of bad luck, its links with rain made it, to early civilizations, a fertile sign. For Pisceans, the dog and the cuckoo are both said to be creatures of fortune.

The courage and spirit of the ram are thought by many to be reflected in the characteristics of Aries, the sign of those born between March 21st (the spring equinox) and March 31st, and represented by the first sign of the zodiac. This positioning relates back to the Mesopotamian myth that the world was created at the moment the sun first entered this constellation. It is also the first sign because the ram in the sky was believed to hold within it the stars of the winter solstice. It was also no coincidence that in ancient Babylon the month following the spring equinox was the season in which rams were offered as sacrifices.

Greek legend has it that the ram was set in the heavens by Zeus. It was to him, the ultimate ruler, to whom the ram with the Golden Fleece (which carried the children of King Athamas away from Sicily) was finally sacrificed. Other animals related to Aries are the tiger and the leopard. 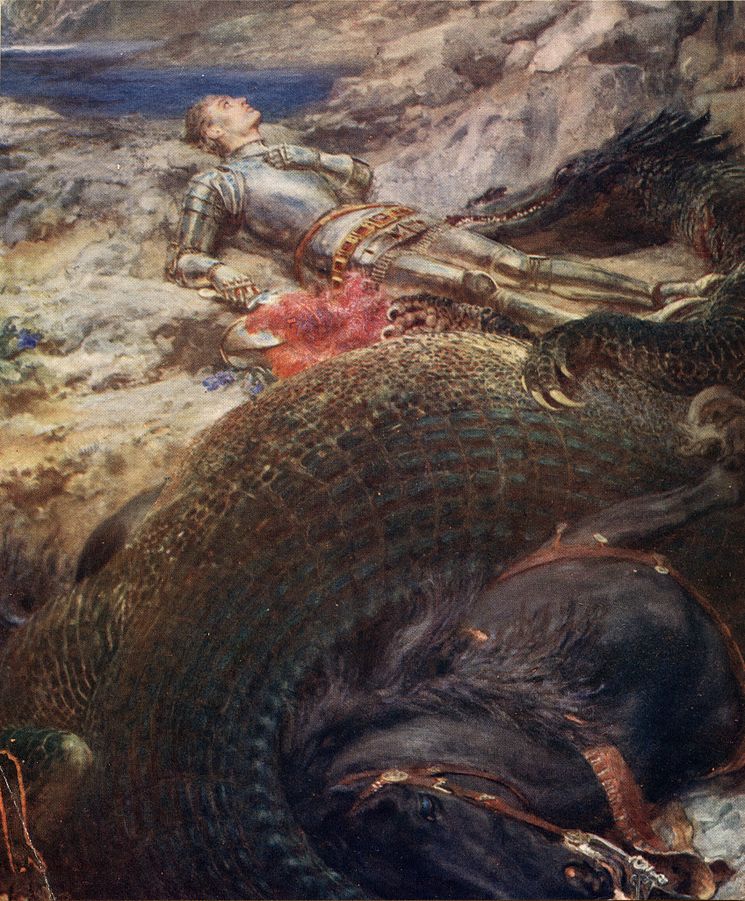 The Dragon of Spring

By St George’s Day, April 23rd, the forthcoming hay crop will be well into growth. Remarkably, the legend of St George and the dragon has an unexpected association with agriculture – and the fertility of the fields. The story of St George is believed by some to be a survival of the story of Horus, by others to that of Perseus. In her account entitled The Countryman’s Log-Book of 1921, Viscountess Wolseley explained that the dragon, named typhoon, denoted the desert or winter period of darkness, and spring only became possible because this dragon was slain by the Sun-god Horus, who became the god of the Egyptians. Curiously, she says, ‘the festival coincided with our St. George’s Day, for it was held on April 23′.

A similar myth related to the Greek tale of Perseus, also a dragon slayer, the dragon being the animated representation of winter. In medieval time river floods, prevalent in spring, were often known as ‘dragons’ and those who were able to abate them were, like St George, heralded as dragon slayers.

This spring, relish once again the animal lore that truly brings this best of seasons to life, however you are watching the birds other animals of the countryside or considering their part in our fortunes.

for a lucky #FolkloreThursday reader this April, with another going to a lucky Patreon sponsor!*