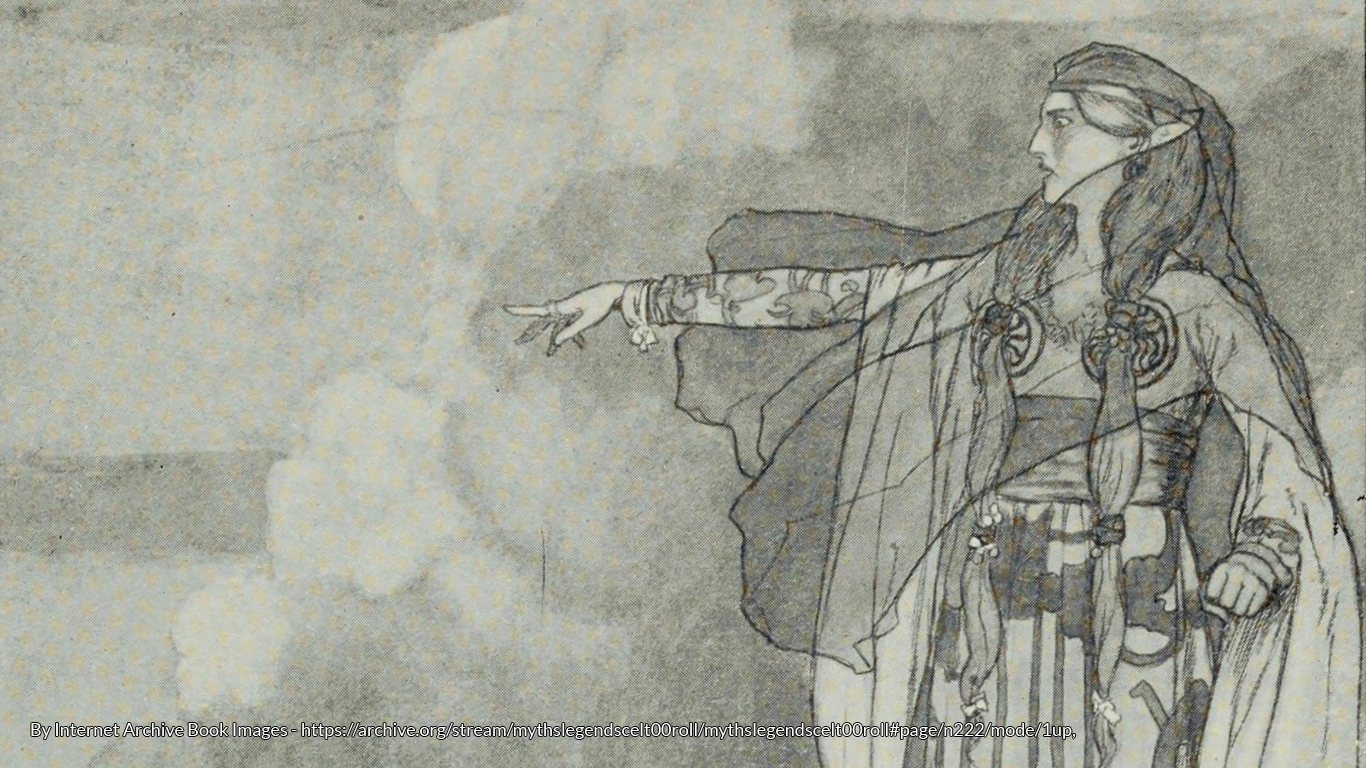 The Transformative Power of Myth and Folk Tales

Myths and folk tales are an ancient legacy: the legacy of many millennia of human interaction with the land which gives us life, and with the non-human others who occupy it with us. These stories implant themselves so deeply in our hearts, and remain there, in good part because they are redolent with archetypes – images that bridge the personal and the universal. Archetypes are like keys, unlocking an ancient, deep, magical wisdom which we may never have known we had. But in the vehicle of a story, archetypes become more than mere images: they become energies, embedded with instructions which guide us through the complexities of life and show us what we may become – or how we may participate in the becoming of the world. They have the power, as mythologist Joseph Campbell put it, ‘to carry the human spirit forward’. This is why, in my therapeutic work with individuals and groups, I’ve always found narrative techniques – those which are founded on working creatively with myth and folk tale – to be the most profoundly transformative of all.

Narrative approaches to psychology hold that life is storied: that meaning is given to our experiences through story, and that our identity and sense of self is chiefly shaped both by the stories we tell about our lives and experiences, and those which determine how we see ourselves and the roles we play in the world. Very often, we tell stories about our lives and selves that are dysfunctional: which prevent us from growing, from changing. For example, stories in which we can only see ourselves as victims, and never as protagonists with the power not only to act but to be transformed. The ‘problem-saturated story’ we live by may become so dominant that it prevents us from interpreting our experience in any other way. Nigerian writer Ben Okri says it beautifully: ‘One way or another we are living the stories planted in us early or along the way, or we are also living the stories we planted – knowingly or unknowingly – in ourselves. We live stories that either give our lives meaning or negate it with meaninglessness. If we change the stories we live by, quite possibly we change our lives.’ The skill of a narrative psychologist is, at heart, the skill to teach people how to change the dysfunctional stories they live by. Literally, to re-story – and so transform – their lives.

There are many reasons why working with story can be so deeply transformational; here are just a few.

My own work, both as a writer and as a narrative psychologist, is informed by my lifelong study of the mythology and folklore of Celtic countries. This is unusual; most of what is written in the popular media today is centred around northern European fairy tales such as those collected by the Brothers Grimm, Hans Christian Andersen, Perrault and others. Most therapeutic work in the Jungian tradition of archetypal psychology is focused on Greek (or Roman) myths, which readily lend themselves to the extraction of simple archetypes, nice and neat and clean. The goddess Athena as the archetype of wisdom; Artemis/Diana representing the wildness we long for; Hestia as the symbol of the hearth and home. Depending on which goddess is more ‘active within’, as one such therapist puts it, one woman might be more committed to achieving professional success, while another will be more fulfilled as a wife and mother.*

But what I love about working with Celtic myths and folklore is not only that they spring directly out of my own native culture, and the lands I still walk in each day – but because, in contrast to Classical myths and stories, they do not lend themselves to such easy categorisation. Our old myths are incredibly complex: both structurally and morally. I work with Celtic myths and archetypes above all because, unlike stories from profoundly patriarchal civilisations like Greece and Rome, they accord power to women. In our native Celtic mythology, women are the guardians and protectors of the land, carrying all the moral and spiritual authority of the Otherworld.

I would rather, then, delve into the complexities of the medieval Welsh tale of Blodeuwedd, created by men out of flowers for the sole purpose of acting as mate to a man who was forbidden a human wife. Blodeuwedd, cursed and transformed into an owl (by a man) for the sin of wanting to choose her own love, her own life. Blodeuwedd, who plotted to kill her husband in order to achieve that freedom. No – no easy answers in that story. But there are no easy answers in life.

I’d rather work with Mis, the madwoman who lives inside all of us, who fled the horrors of men’s battles and the death of her own father, and ran wild, grieving, in the woods. The image of Mis, fur sprouting from her limbs, hair wild and matted, struck dumb by grief and despair, resonates with me much more deeply than the bucolic Roman image of beautiful Diana tripping lightly through green forest glades with her deer.

I’d rather work with the Cailleach, the Old Woman who created and shaped the land, dancing wildly on the mountain-tops, striking her staff into the ground and bringing winter wherever it falls. The Cailleach, who keens her grief over the felling of forests and fiercely protects wild things from the over-zealous hunter. These are the archetypes which reflect the women I know today; these are the archetypes which are needed for the times. The transformative power of story is infinite; the power and depth of our native mythology is endless. It’s time we all learned how to harness it.

Join the conversation: please tweet your thoughts, ideas, and experiences to @FolkloreThurs, using the hashtag #FolkloreThursday.

* This approach is typified by Jungian therapists like Jean Shinoda Bolen, in books such as Goddesses in Everywoman.

If you subscribe to the #FolkloreThursday newsletter, throughout the month of May 2016 you will be entitled to a 20% discount on either of Sharon’s online courses: Reclaiming the Wise Woman, or Sisterhood of the Bones. Sign up for the newsletter here.

Dr Sharon Blackie is a writer and storyteller whose work sits at the interface of psychology, myth and ecology. She is the author of The Long Delirious Burning Blue, a novel about the transformative power of myth and story, and If Women Rose Rooted, a non-fiction work about Celtic women in myth and in contemporary life. Sharon runs online courses and creative retreats focused on working with myth and folk tales. For more information, please visit her website: www.sharonblackie.net. You can also find her on Twitter: @SharonBlackie.